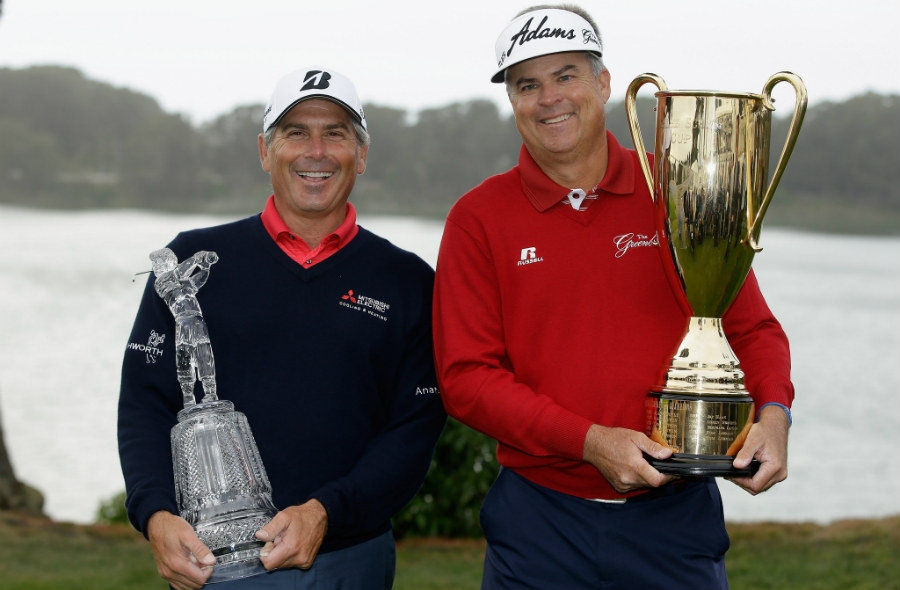 Featuring the 30 top players on the Tour’s official money list at the conclusion of the season, this limited-field championship will offer a purse of $2.5 million. Fred Couples won the 2013 event held at TPC Harding Park in San Francisco after closing with a 2-under-par 69, his fourth consecutive round in the 60s that week. Kenny Perry finished T5 at the 2013 event, giving him a 412-point victory in the season-long Charles Schwab Cup.

Scottsdale’s Tom Lehman, who won the Charles Schwab Cup Championship in 2012 during the first year it was held at Desert Mountain, looks forward to the event’s return to Scottsdale. “I am thrilled the Champions Tour and Charles Schwab Cup Championship are returning to Desert Mountain. For a number of reasons it has always been a special place for me and I look forward to 2014.”

“It’s great to be back at Desert Mountain,” said Ian Knight, executive director of the Charles Schwab Cub Championship. “For the Champions Tour and the players, this tournament is a celebration because every player has earned a spot in this field. When you play on a course that is so stunningly beautiful like Cochise and pair it with the club’s outstanding amenities, it makes the players feel they have accomplished something by playing in this event.”

Knight went on to say that in 2012 the Cochise course conditions were voted the best on the Champions Tour by the players, adding that when one long-time rules official first saw the greens, he called the course “Augusta in the desert.”

The Cochise course, one of six Jack Nicklaus Signature Golf courses at Desert Mountain, plays at 7,019 yards and is considered by Nicklaus to be one of the most picturesque courses in the world. Featuring rock outcroppings surrounding the fairways, the award-winning course is known for its challenging par 3, 7th hole and par 5, 15th hole, which share a double green that sits on an island and is approached from two different directions. Built in 1988, Cochise was also the home of The Tradition from 1988-2001, also a major event on the Champions Tour. Nicklaus won the tournament four times.

Desert Mountain Club COO and General Manager Robert Jones is also eager for the tournament’s return. “We’re all about great golf so it’s fantastic to be back hosting the Charles Schwab Cup Championship,” said Jones. “The national and international exposure the club received in 2012 from broadcasts of the tournament on the Golf Channel and NBC was incredible,” he explained. “We reached 120 million households which gave Desert Mountain an opportunity to showcase the club, the amenities and our outstanding location, as well as the city of Scottsdale. It also provided a venue for many of our club members, who absolutely love and respect and are great stewards of the game, to serve as volunteers during tournament week.” Aside from golf, Jones noted that the event helps to raise funds for local charities which received more than $166,000 in 2012. “We hope to increase the success of the 2012 event for Desert Mountain and Scottsdale in 2014 and in 2016.”

Cochise will be played as a 6,929-yard, par 70 course. Desert Mountain Director of Agronomy Shawn Emerson said the course set-up will be a cross between the U.S. Open and Augusta National with quick, firm greens and a Stimpmeter at 13-plus feet. “I think spectators will enjoy walking the course. The hillsides surrounding the fairways offer clear viewing that is close to the action and the ninth and 18th holes are perfect amphitheaters to watch the finish.”

Tickets, which can be purchased on schwabcup.com, are:

Spectators may also support local, non-profit organizations by purchasing event tickets through the TICKETS Fore CHARITY program which donates 100% of the net proceeds to their charity of choice. In addition, the Charles Schwab Cup Foundation provides $20,000 in bonus money to the top performing charities. To purchase tickets ($20 good any day grounds tickets), visit SchwabCupTFC.com/buy-tickets.

The tournament also offers complimentary tickets for active duty, Reserve, military retirees, their dependents and non-retired veterans with a valid military ID along with a voucher at the event. To download tickets, visit BirdiesForTheBrave.sheerid.com/CharlesSchwabCup/ or email Kristi Lee Fowlks at [email protected] There is a $1 verification fee per military individual order. The program, sponsored by the PGA Tour, Dick Lloyd Custom Homes and a group of 30 Desert Mountain members, will also offer the Patriots Outpost at the tournament where all military guests can watch the event and receive free refreshments Oct. 30-Nov. 2.

For questions about the daily and weekly grounds tickets, upgraded hospitality tickets or sponsorship packages, contact the tournament office at 480-237-2100. Off-site parking is free.

About the Champions Tour

Collectively, the Champions Tour has the most recognizable and accomplished players in the game, with many of its 32 members in the World Golf Hall of Fame competing regularly in its events. The Tour also counts numerous other major championship winners among its members. The Champions Tour is a membership organization of professional golfers age 50 and older. Conceived in 1980 as the Senior PGA Tour, it started with just four events and purses totaling $475,000. The Champions Tour’s primary purpose is to provide financial opportunities for its players, entertain and inspire its fans, deliver substantial value to its partners, create outlets for volunteers to give back, protect the integrity of the game and generate significant charitable and economic impact in communities in which it plays. Points earned in official Charles Schwab Cup events in 2013 determined Kenny Perry as the Charles Schwab Cup champion, the season-long competition designed to recognize the Champions Tour’s leading player. The Commissioner of the PGA TOUR is Tim Finchem. Mike Stevens is President of the Champions Tour. The PGA TOUR’s website is PGATour.com, the No. 1 site in golf, and the organization is headquartered in Ponte Vedra Beach, Fla. Follow the Champions Tour at facebook.com/ChampionsTour and on Twitter @ChampionsTour.

Desert Mountain is a private, golf and recreational community that is ranked as one of the 10 top private residential clubs in the United States. For more than two decades, Desert Mountain has offered its members one of the greatest private golf and lifestyle experiences in the world. Home to six award-winning Jack Nicklaus Signature Golf courses, Desert Mountain also provides diverse amenities that the entire family can enjoy in a stunning location in the northeast Valley. It is also the home of the Jim Flick Golf Performance Center, dedicated to one of the greatest instructors of all time and Desert Mountain’s PGA Director of Instruction from 1987-2005. The center features the most advanced technology in the industry today. Six architecturally-distinct clubhouses offer nine restaurants and grills under the direction of Executive Chef Michael Hoobler. For those seeking a true wilderness experience, Desert Mountain offers a 15-mile private hiking and biking trail system within a pristine 3,000-acre natural preserve in the community. Sharing frontage with national forest land, the Desert Mountain Trails System last year received the American Trails Developer Award from the non-profit American Trails organization. For information, visit DesertMountain.com.