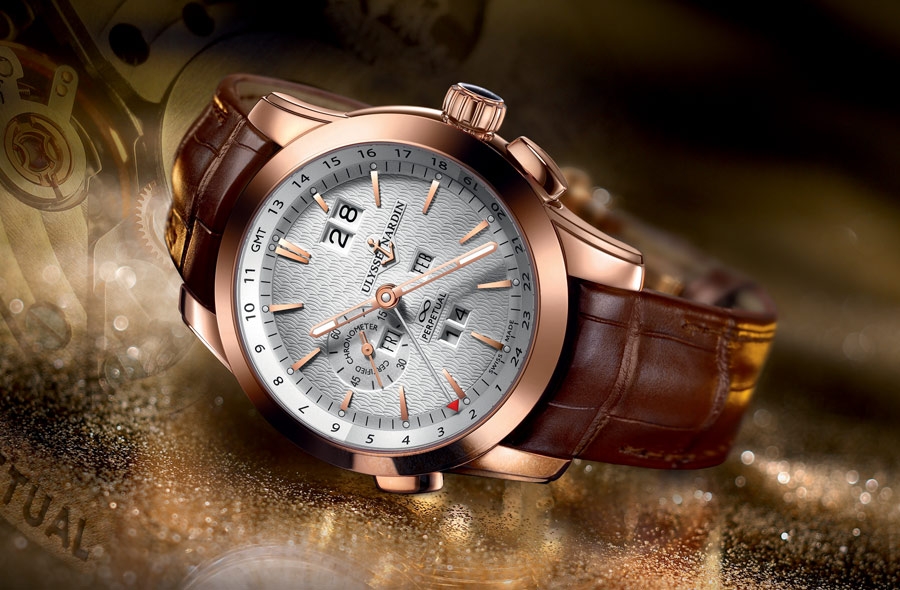 The ingenious master craftsmen who create luxury timepieces continue to outdo themselves each year.

For the 2014 Luxury Timepiece Collection, we’ve brought together some extraordinary finds that are as diverse as they are meticulously crafted. One timepiece, designed exclusively for the ladies, attempts to answer the age-old question, “Does he love me?” Another one pays tribute to the eternal love story of the spider and the bee. You’ll also discover the world’s thinnest mechanical watch, as well as a watch that’s so sophisticated and complex that only a limited edition of 100 of these exquisite timepieces will be created.

Margot is Christophe Claret’s first ladies’ watch complication. It features an ingenious mechanism that helps to ‘predict’ — or at least tries to — one of nature’s paramount questions: “Does he love me?” A simple press of the pusher at two o’clock brings the watch to life. With each press, a petal —sometimes a pair of petals, it is impossible to foresee — subtly disappears under the dial in a smooth action, perfectly depicting the delicate undressing of the flower. The eagerly-awaited answer appears at random in calligraphic letters (in French) on the dial at four o’clock.
ChristopheClaret.com

Breitling begins a new chapter in the epic saga of its famous Navitimer aviation chronograph by launching a reinterpretation of the classic model in a larger diameter. The two new variations on a legendary watch are both equipped with high-performance, chronometer-certified Manufacture Breitling movements.

This chronograph, unique in its kind and featuring an ultra-technical, original yet elegant design, soon established itself as the most iconic Breitling model and a cult object for all passionate aeronautical enthusiasts.
Breitling.com

Harry Winston always admired women. In an effort to win the hearts of beautiful women, he created jewelry for their decoration by using the most unique gemstones.

The exquisite design of the Premier Chronograph 40mm watch brightly reflects the jewel skill and daring creativity of Harry Winston. This feminine model is part of the first watch collection, presented in 1989. For this new version, the wizards at Harry Winston gave free rein to their imaginations, while retaining all the aesthetic codes of the legendary collection. Thanks to their talents, a truly magical watch came to light.
Harrywinston.com

Patek Philippe’s Sky Moon Tourbillon is a globally-unique timekeeping instrument that expands the notion of a grand complication by the aesthetic accolade of a grand creation. It proudly pays homage to the canton of Geneva and of Patek Philippe’s 174-year history.

Sculpture would be the more fitting term for a genuine work of art like the Sky Moon Tourbillon. In particular, it showcases two artisanal skills: the art of the engraver and that of the enameler. Since the advent of Geneva’s watchmaking heritage in the late 16th century, both of these crafts have been inseparably allied with watchmaking.
Patek.com

This precious new watchmaking creation was born of the collaboration between Chaumet and the Swiss master craftsmen who practice and preserve exceptional savoir-faire and artistic decorative skills.

The bee and the spider . . . It is an eternal love story, a game of temptation as old as time . . . Since the beginning at Chaumet, the two embrace and part, playing an exquisite game of “catch me if you can.” One spins its web to conquer the object of its desire. The other teasingly flies and dances around this love offering. Today, the Maison tells of their new romance, suffused with watchmaking savoir-faire and innovation.
Chaumet.com

Three years in development, the all new Altiplano 900P from Piaget was worth the wait. The watch breaks records, sets records and holds a patent, all at the same time. It is the world’s thinnest mechanical watch — built so that the movement actually merges seamlessly with the case in a revolutionary concept that is mindboggling.

Neither entirely a case nor entirely a movement — the Altiplano 900P is equipped with a hand-wound caliber whose parts are merged with the case and built as a single entity — thereby enabling it to achieve its record-breaking slimness of 3.65mm for the entire watch.
Piaget.com

For 2014, Ulysse Nardin continues to move “in house” by replacing many of its existing watch collections with new ones that include movements made in house. With the “Perpetual Manufacture,” the brand’s perpetual calendar movement gets a full in-house treatment. Previously, it was a sort of half-and-half movement combining an in-house module with something like a base Swiss ETA automatic. To debut the fully in-house made perpetual calendar movement, Ulysse Nardin will release the first models as a limited edition set.
Ulysse-Nardin.com

The Rotonde de Cartier watch showcases the most sophisticated movements in fine watchmaking: a central chronograph, flying tourbillon and astrorégulateur. Catching the hearts —and wallets — of the fans of unique complications, the Astrocalendaire’s main feature has to be the multi-tier, concentrically laid out perpetual calendar. As fancy as that sounds, the result is stunningly straightforward: situated just off the very center of the watch, three rings are surrounding the flying tourbillon, with each one dedicated to the indication of the day of the week, the month and the date, respectively. Owing to this configuration — reminiscent of ancient Roman amphitheaters — Cartier’s perpetual calendar offers legibility that few other watches do.

The Astrocalendaire will be produced in a limited series of 100 pieces.
Cartier.us 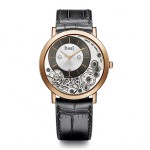 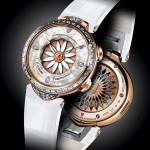 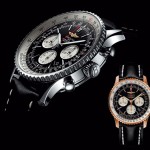 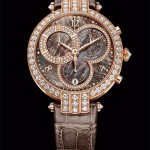 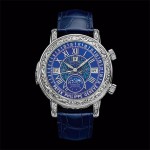 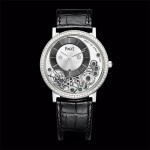 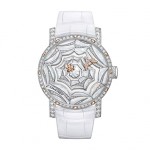 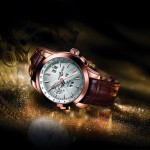 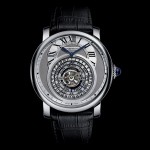