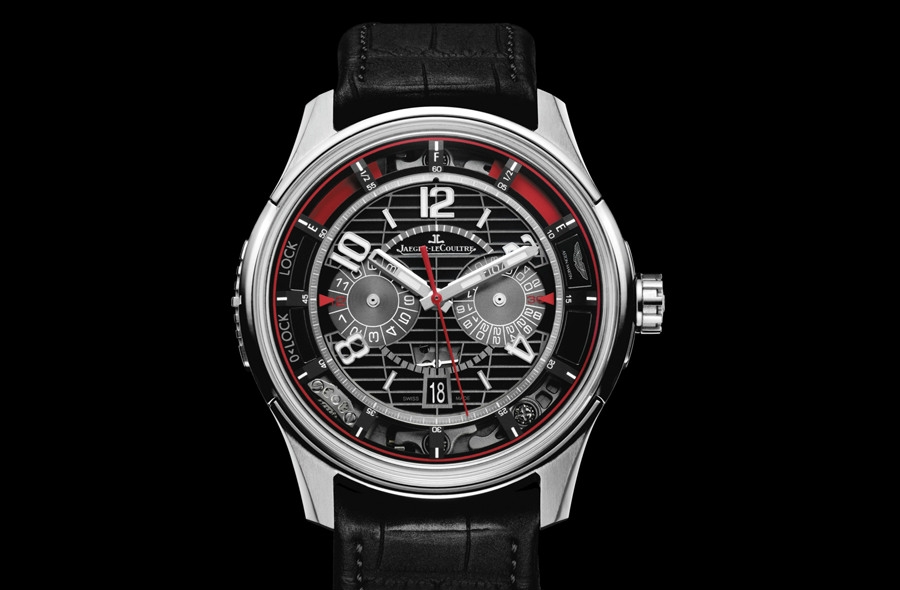 Jaeger-LeCoultre has a history of timepiece engineering stretching back more than 175 years.

It was in 1833, in the little village of Le Sentier in the Swiss Jura Mountains, that the chronicle of Jaeger-LeCoultre began. The manufacturer has an impressive range of world firsts, superlatives and legendary models to its credit. One is the crown winding system which eliminates the need for a winding key was invented more than 150 years ago by Antoine LeCoultre himself.

The partnership between Aston Martin and Jaeger-LeCoultre began in 2004 with the launch of the Aston Martin Jaeger-LeCoultre gentleman’s watch — the AMVOX1. The eighth anniversary of the partnership between Jaeger-LeCoultre and Aston Martin is being proudly celebrated with the presentation of the clever new chronograph AMVOX7, the first vertical-trigger chronograph equipped with a power-reserve display. With redefined design in titanium duly inspired by the Aston Martin Vanquish, the exclusive new AMVOX7 comes equipped with a 665-hour power reserve, and a fail-proof technique that will seduce both lovers of fine watches and motorsports fans alike. Its new titanium case features impressive satin-finished lugs which lend a dynamic touch to the watch, along with functions that associate the automobile world with that of haute horlogerie. 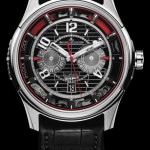 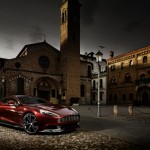