Facts About Fancies: What to Know About Colored Diamonds 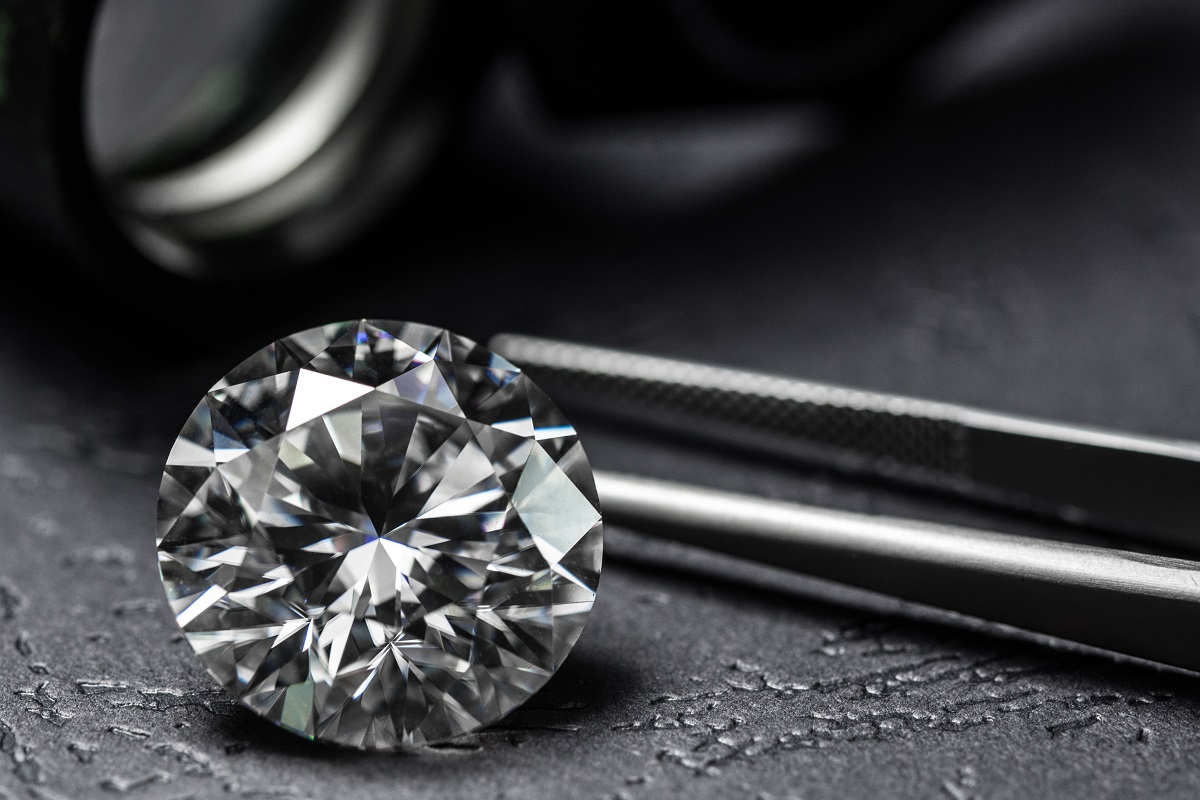 Though it’s common for people to consider colorless, flawless diamonds as being the epitome of perfection and value, colored diamonds (also called fancy colored diamonds) are often worth more per-carat-weight. Additionally, another aspect of fancy colored diamonds featuring a deep, rich, clear color is their rarity. According to the GIA, “With fancy color diamonds—the ones outside the normal color range—the rarest and most valuable colors are saturated pinks, blues, and greens. In all cases, even very slight color differences can have a big impact on value.”. Other factors that greatly affect the overall value of fancy diamonds are the Four Cs. 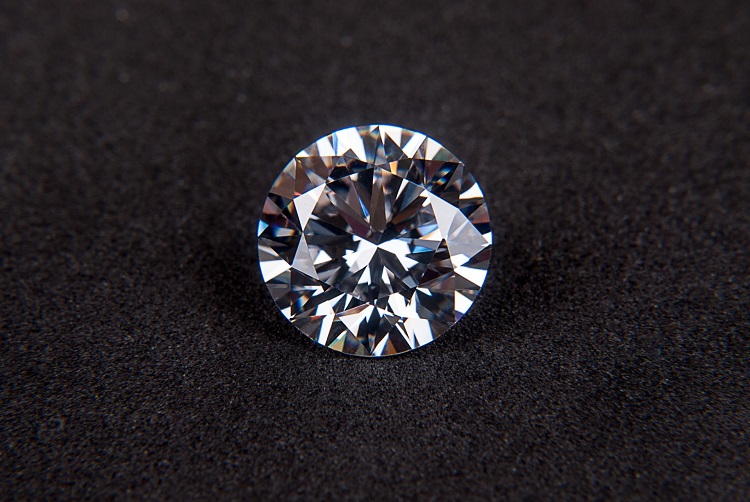 At the end of it all, color or the lack thereof means little to nothing in the diamond world if one or more of these components are lacking in the slightest bit: cut, color, clarity, and carat.

For any diamond to hold a certain value, they must be cut in a way that brings out their best “sparkle and fire.” They should have no detectable flaws and should be completely “colorless.” With advancements in diamond grading technology, it’s not easy to find a diamond that is flawless.

The “carat” of a diamond refers to how much the stone weighs. The amount of carats doesn’t necessarily dictate a specific price. For example, a one carat diamond with lots of inclusions (another word for flaws or imperfections) might be far less valuable than a half-carat stone with no inclusions. In a fancy diamond, color matters more than the carat amount. However, it’s not a definite rule of thumb either. This is why before one purchases a diamond labeled as a “fancy,” they should have it checked out by an independent source.. Another important fact to remember is that fancy diamonds are graded on the intensity of their “face-up” color. 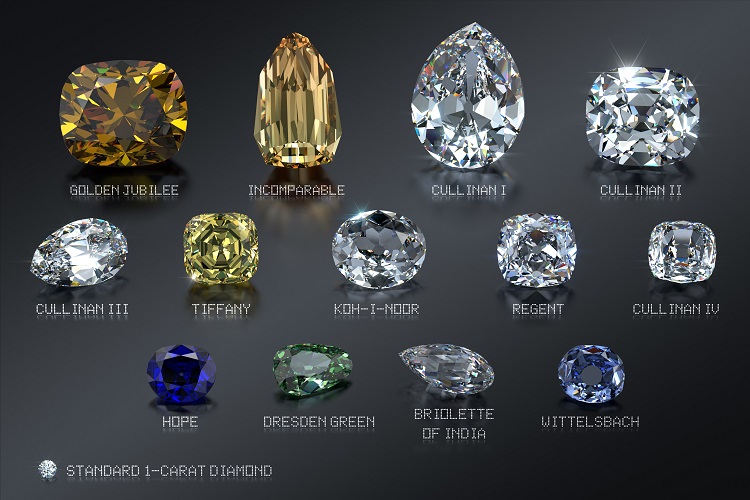 A pure, colorless diamond is made of carbon, and that is all. But a fancy often has additions in it that do not count as flaws or imperfections but contribute to its beautiful color. The gradings range from faint to very light, light, fancy light, fancy, fancy intense, fancy dark, fancy deep and fancy vivid. The Gemological Institute of America recognizes 27 hues, which are just primary colors. These hues are further modified by the tone, or how light or dark the color is and the saturation which is the color’s intensity. The inclusion of nitrogen results in diamonds that are yellow, brown, green or black. 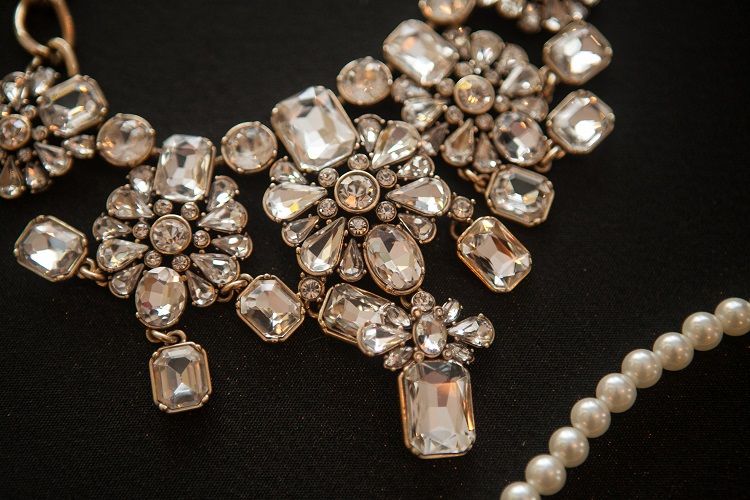 A green diamond is caused when the stone is subjected to gamma or neutron radiation while it’s still deep within the earth. The longer it’s been in the earth, the greener it is. An example of a beautiful green diamond is the 41 carat Dresden Green. Though most green diamonds have shades of gray or yellow in them, the most valued is a rich and uniform color. They can be distinguished from emeralds because emeralds are made of beryl.

The inclusion of boron can create the color of a blue diamond. The most well-known example of a blue diamond is the Hope Diamond, with initial ownership recorded as far back as four centuries ago in India. Many owners have claimed it to be a cursed stone, leading it to be donated to the Smithsonian Institution in 1958. The Fancy Dark Grayish Blue is kept in Washington D.C. at the National Museum of Natural History and is currently worth between $200 and $350 million United States dollars. Another blue diamond is the 35.56-carat Wittelsbach-Graff Diamond, which was mined in India and spent centuries among the crown jewels of Bavaria and Austria. The cobalt-blue, cushion cut Blue Moon of Josephine weighs 12.03 carats. Though it could have been named for an Empress, it was instead named after the buyer’s little daughter.

Other diamonds get their color not from chemicals or radiation but because of the way light passes through them. The stresses found in the earth can distort the perfect carbon lattice of a diamond and make it scatter certain colors of light. The results are varying shades of pink and red. One of the most famous of these diamonds is the Red Shield or Moussaieff Red diamond. Though it weighs only 5.11 carats, it’s the largest fancy red diamond on earth. It has been shaped into a trillion cut. Imitation fancies are also available, but few gemstones can compete with a natural, vividly colored fancy diamond.