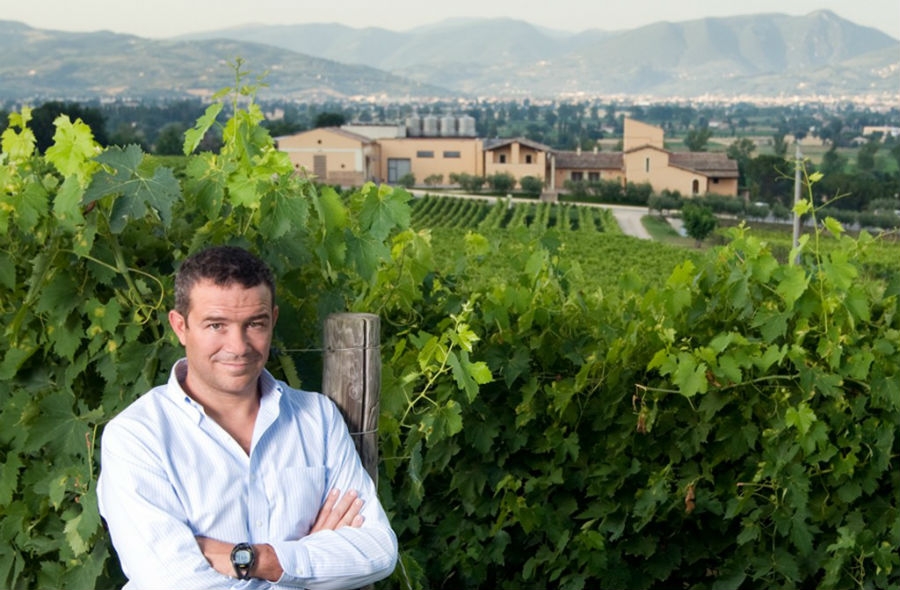 Arnaldo Caprai, the pioneer and acknowledged leader in the production of top quality Sagrantino wines from Umbria, wins the prestigious “European Winery of the Year” award from influential magazine Wine Enthusiast.

Every year, the industry-leading publication picks the best wineries and personalities in the wine world to honor at its “Wine Star Awards.” Wine Enthusiast Founder, Chairman, Publisher and Editor Adam Strum explained the selection, “The innovative Arnaldo Caprai Winery has helped reviveUmbria’s indigenous grapes, bringing the wine region into the international spotlight for its production of Sagrantino di Montefalco.”

“Sagrantino is the indigenous grape of my home and my lifelong passion,” says Marco Caprai, owner and winemaker of Arnaldo Caprai, the man who brought Sagrantino from the small town ofMontefalcoto the international stage. “I have dedicated my life to making Sagrantino a grape known worldwide and this award is a terrific testament to that effort. We’re honored to be chosen for such an important international award and to be in the company of some of the best wineries and wine personalities in the world.”

In 1989 Marco Caprai launched a partnership with theUniversityofMilanwith the goal of exploring the previously neglected native Umbrian varietal, Sagrantino. The collaboration and support of top local winemakers and colleagues led to success after many years, transforming a relatively unknown indigenous grape into an enological phenomenon.

Marco Caprai and his team will receive the Wine Star award inNew YorkonJanuary 28, 2013at the Wine Enthusiast gala dinner.

The Arnaldo Caprai winery, founded in 1971 by Arnaldo Caprai, is the acknowledged leader in the production of top quality Sagrantino wines fromItaly. Arnaldo Caprai purchased the renowned estate — which encompassed 12.5 acres of vineyards four decades ago — in order to produce unique, high quality, Umbrian wines. A singular passion and deep understanding of the local varietals, and continuous expansion of the estate fueled the growth of the winemaking company. In 1988, Arnaldo’s son, Marco Caprai, began managing the family business. During this time, production of Arnaldo Caprai premium wines increased greatly, along with global recognition of the family brand. Marco’s unbridled determination led directly to new acquisitions, scientific research and technological innovation. Today the Arnaldo Caprai estate stretches across 370 acres, with 336 acres currently in production. These vineyards are located in Montefalco, Gualdo Cattaneo and Bevagna, as well as theDOCMontefalco,DOCColli Martani and DOCG Sagrantino di Montefalco production zones.

Wine Enthusiast Magazine was founded in 1988, bringing consumers vital information on the world of wine and hundreds of wine reviews in every issue. Since then, the magazine has grown to become the world’s largest and most respected periodical devoted exclusively to wine and spirits.

Each year, the editors of Wine Enthusiast Magazine honor outstanding achievement in the wine and spirits world, both within that given year and over time. New to this year’s 13th annual Wine Star Awards is the Sommelier of the Year award, given to an individual whose knowledge and efforts make an establishment’s wine program exemplary, and the American Wine Legend award, granted to a person with exceptional long-term service to the American Wine Industry.