Château Haut-Brion: The Oldest and First Luxury Brand in the World 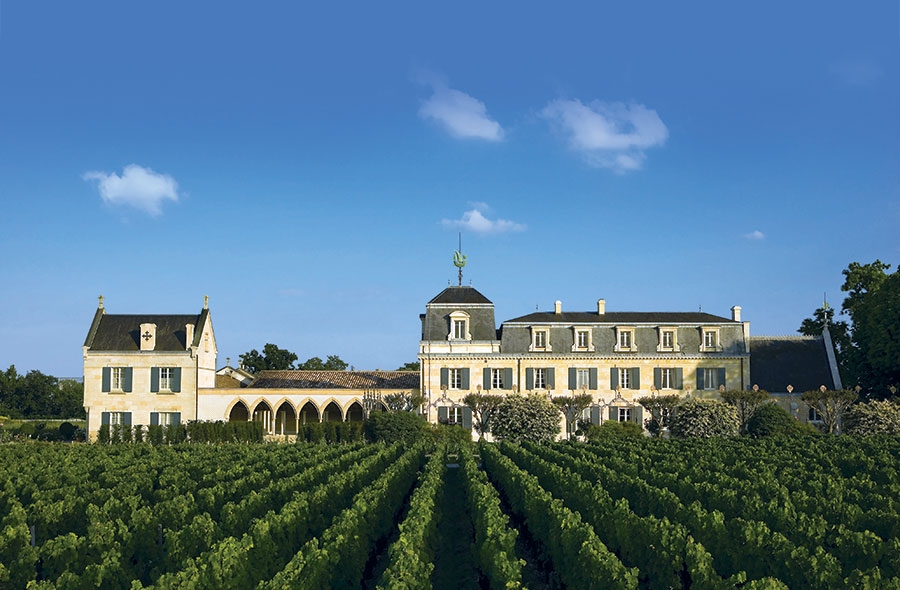 A few days before Christmas, I returned to Bordeaux to complete my visit of the top Bordeaux including the five First Growth wines included in the famous 1855 classification of the wines of Bordeaux.

The Classification of 1855 begins with the First Growths, labeled “Premier Cru,” and represent the crème de la crème in French red wines. The five Châteaux that make up the Premier Cru are still revered as producers of the best of the best from Bordeaux, as classified in 1855 for the Paris Universal Exhibition. There are five First Growths and they include the estates of Château Margaux, Château Latour, Château Lafite-Rothschild, Château Mouton-Rothschild and Château Haut-Brion.

“I got the tour of a lifetime beginning with Haut-Brion’s state-of-the art vat room… where the most outstanding vintages tracing all the way back to 1798 are stored underground.”

It is rare that a Grand Cru’s date of birth can be precisely determined, but this is, in fact, the case with Haut-Brion. On the 23rd of April 1525, Jean de Pontac, a 37-year-old civil and criminal clerk of court at the “Parliament” of Bordeaux, married Jeanne de Bellon, daughter of the Mayor of Libourne. In 1533, de Pontac bought the mansion of Haut-Brion. This union of mansion and surrounding land constituted the true birth of Château Haut-Brion. Furthermore, in 1549, de Pontac started building on the site of today’s château. It was to be first and foremost a country retreat a mile away from Bordeaux.

Château Haut-Brion is produced in Pessac just outside the city of Bordeaux. It differs from the other wines on the First Growth list in its geographic location in the north of the wine-growing region of Graves. Of the five First Growths, it is the only wine with the Pessac-Léognan appellation, and is, in some sense, the ancestor of a classification that remains the benchmark to this day. History records that Haut-Brion was Bordeaux’s first Grand Cru, producing highly-acclaimed wine when the Médoc, the future home of Margaux, Latour, Lafite and Mouton, was still mostly marshland. The evidence also suggests that Haut-Brion was the world’s first cult wine.

“It is rare that a Grand Cru’s date of birth can be precisely determined, but this is, in fact, the case with Haut-Brion.”

During my lunch with Jean Philippe, where his chef prepared some local specialties served with Clarence Dillon wines: Château La Mission Haut-Brion white and red, Clarendelle Amberwine and the remarkable 1999 Haut-Brion red, I got to hear the fascinating story of how Château Haut-Brion was bought in 1935 by an American banker, Clarence Dillon. Prince Robert de Luxembourg, who watches over the destiny of Domaine Clarence Dillon S.A.S., likes to say that Château Haut-Brion is undoubtedly the oldest of all of the great First Growths today as we know them in Bordeaux.

Lot 31 offered by Chappellet Vineyard brought the top dollars of the day, a $720,000 combined total, from two dueling bidders at $360,000 who were both made winners when the Chappellets generously agreed to double the lot. After the final gavel, merriment moved onto the lawn where renowned chef Emeril Lagasse provided the perfect mix of signature flavors with his creative edge. Today, Haut-Brion could even be seen as the oldest and first luxury brand in the world.

Right after touring the Haut-Brion‘s different buildings that make up the property, I got the tour of a lifetime beginning with Haut-Brion’s state-of-the art vat room, the Château’s first year cellar and the old vintages cellar where the most outstanding vintages tracing all the way back to 1798 are stored underground.

Harvesting takes place by hand at Haut-Brion, and each parcel is worked by the same team of workers to increase the teams’ familiarity with the individual vines. After sorting in the field, the red grapes are de-stemmed, crushed and moved to a special double tank with fermentation taking place in the top and malolactic fermentation in the bottom, using gravity to move the wine. Previously, aging took place in 100 percent new oak casks lasting 18 months.

If you are looking to try a bottle of Haut-Brion, we recommend the 2009 and 2010, two outstanding vintages retailing around $1,000 a bottle. A la tienne! 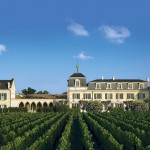 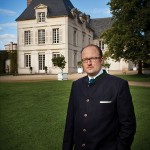 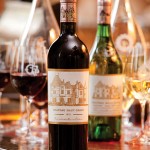 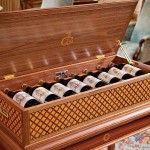