One on One With Eddie Osterland, Master Sommelier 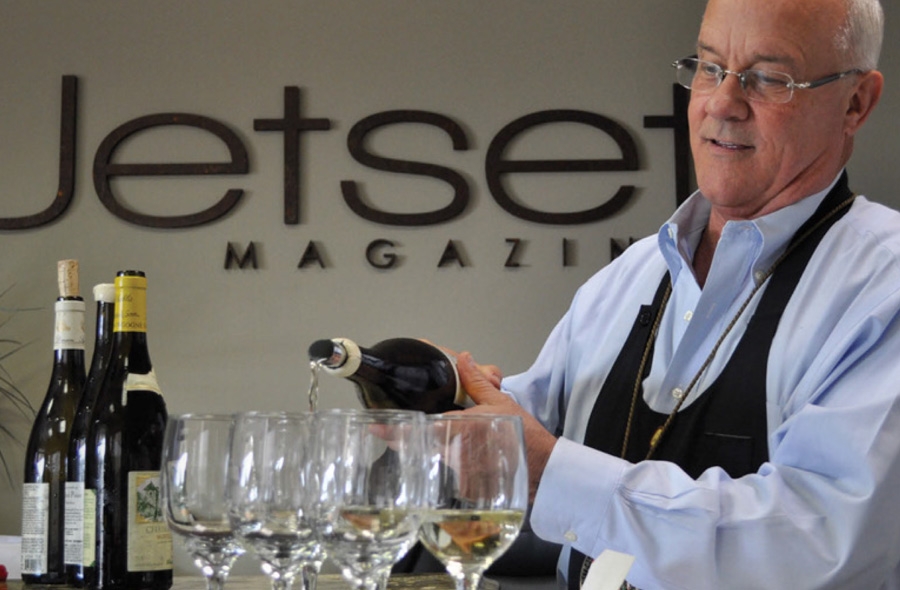 For the past year here at Jetset, we’ve spent some time introducing you to the world of fine wine through the eyes of America’s first master sommelier, Eddie Osterland.

But as it turns out, Osterland has quite a story of his own to tell. We recently sat down with him to talk about his past, his future, and the industry as a whole.

How did you decide to get into the wine business?

I’m feeling great on my own, living in Hawaii, going to graduate school, making enough money to live, and thinking that this is great. And one night, the maître d’, at about 10 minutes to 6, comes walking into the dining room, gives me this silver chafing cup with a chain and key — it’s the thing the wine steward wore in the restaurant. His name was Pierre, he was French. Anyways, the maître d’ comes up to me and says “Eddie, Pierre just called in sick at the last moment.” So he hangs this paraphernalia/hardware around my neck and he says, “You’ve got to do his job tonight.” I was like, “No way! I don’t even drink wine. I don’t know anything about wine.” This was back in 1969. And I said, “I can’t do that! I won’t do that!” The guy says, “You want to keep your job?” And I said, “Yes.” He said, “Here’s the rule: red with meat, white with fish, anything on the scent rosé.” I ran around this dining room and people were whispering, asking for the wine steward, and I would show up and I would just baffle them with BS. They would say, “I’m having scampi and my wife is having rack of lamb medium-rare. What would you recommend?” I would point to some wine down the list, like number 131. “This number 131 is nice and fruity with a brisk lean finish and would go perfectly with that.” They said, “Oh, well if that’s what you suggest, we’ll take it.” And if anything, after lying to him, and the poor guy would give me three bucks, going “That’s a great choice!” At the end of the night, I would serve about 20 bottles of wine—I didn’t know anything about wine, I made all kinds of tips, and I said “Ha! I love this job!”

What about the transition to making that a career?

I said to myself, “What if you did know about wine? That might make it better.” So what I did was some research. We didn’t have Google back then, but after doing some research, I found out that the greatest school in the world at the time was University of Bordeaux, France. So I decided, “Heck, I’m 22 years old, I’ll go to France.” And found out that the University of Bordeaux didn’t offer the courses in English, so I had to take a back step about nine months to go to reference school to learn French. And then I went to University of Bordeaux and got a D.U.A.D. after my name, which is a Diplôme Universitaire d’Aptitude à la Dégustation des vins, therefore registering my title with the French government. Then I was working with a professional taster in France, which I thought was really great. And then, to kind of see how good I had gotten, there was an exam called the Master Sommelier Exam offered in Great Britain. It was the major credential in the wine industry and no American had ever taken that exam, and it was held in London. So I flew to London, took the exam, and I became the first American to be a Master Sommelier. Now, as of last week, there are 116. So it’s kind of a crazy story, you know. By accident, I got into this thing and decided hey, here’s what I gotta do to do it. I’ve got to go to another country, learn another language, get a degree and become a Master. So, I’ve never looked back since, that’s how it started.

It seems like it was a matter of being in the right place at the right time.

I never looked back, because it’s always been very exciting to share—especially being taught at the University of Bordeaux. They taught me a lot of things that you just don’t even hear about over here in this country regarding taste and flavor. To give you an example, all of our tastings at Bordeaux were done at 11:30 in the morning because that’s when your palate is the sharpest. Then we finished at noon time—that’s 30 minutes. You have to taste quickly, because you don’t stay hungry or you don’t have that acute palate. The palate is very fragile. When I talk to executives today and I tell them more about what I do, I tell them that—when you entertain clients or friends and you take them to your home or to a restaurant, you must operate in a very small window of opportunity, which is probably the first 15 to 30 minutes of the time. Because that’s when they are starving. This is when you deliver them the goods.

What was the next step for you after you became a Master Sommelier?

I came back to Hawaii and I opened a consumer wine educational school called Grape Escape and I had another partner. We had 5,000 people take this course over a period of about seven years. I love teaching and just love sharing this information, because what I learned over there is so unique. I felt important. I really saturated the Hawaiian market. So, I moved to New York City, and I took a job at the International Wine Center, and I worked at direct trade education there. So then I started training hotels and restaurants how to make money serving wine, and I wrote a book called Wine and the Bottom Line: A Restaurant Training Manual for the National Restaurants Association. I stayed there for about 10 years consulting hotels and restaurants on how to be more profitable.

Tell us about the teaching programs that you offer, and what you do now for your high-end clients.

I [teach] companies with how to impact people. When I go to events, I design a whole menu. I don’t go to a hotel and say, “Let me take a look at your banquet wine list or let me see your designed menus.” I don’t want to see that. Let’s play some fetch and let’s pull all the superfluous things where they charge you $6 for some horrible thing. You don’t have to do that silly stuff. Just like you don’t need $6 shrimp cocktails. They are too expensive and they are not special. So I love to come in there and say, “Here’s what we need to do, here’s our budget, here’s how I want to spend it.” I’ve been in the business a long time, and I can really save clients a lot of money. I also have choices that are very different. It’s fun, because I have seen the business—people really like me for that. So I get booked 50 times a year around the country doing dinners. I am a during-dinner entertainer. People hire me to entertain my clients as well as design a dinner. And I have been doing this for about 13 years now. It’s very rewarding and I don’t think I’ll ever stop.

That must be a nice benefit—to be able to travel as much as you do, yet still do what you love. I would imagine most sommeliers are attached to one location.
I’m pretty much the only guy who goes all around the country and does this. I just love it! I really like doing it. Anyway, I don’t think I’ll ever change.

What advice would you give to someone who wants to learn more about wine tasting?

Well, several things. One, everyone should have a nice decanter. My favorite glass line is Riedel. They make the best. Thoroughly. There are good ones out there, but they just have everything for everybody and every price you can imagine. People need a decanter, but it’s not just that you need to have the wine breathing, you know—you need to decant red wine so that there are no sediments. By having your wine coming out of your kitchen, always in a decanter, it’s drama. It’s showbiz. It’s theater. It’s looking cool. And because most people don’t do this, when you do it for your friends who come over, they are impressed. You also need to have nice crystal glassware. And again, I go to Reidel because they have $14 glasses, $30 glasses, or $100 glasses—they have everything you can ever possibly want; they are the wine glass company. Most people do not have a dozen crystal white wine glasses and red wine glasses. It’s a simple system. I actually brought one of our tasting kits and had six people over and, well, you need to have two wine glasses to taste the side-by-side pairs, so two times six is 12 glasses. You need 12 glasses of the same red and white and most people don’t have that. So I say to people, you’ve got to have the right glassware, and you’ve got to have the right decanters. 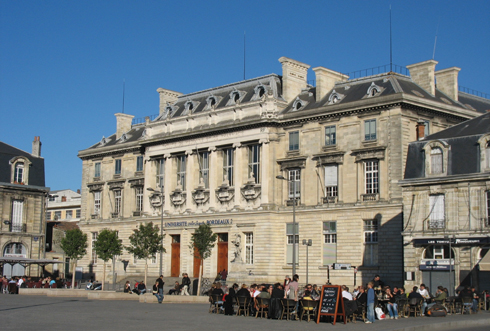 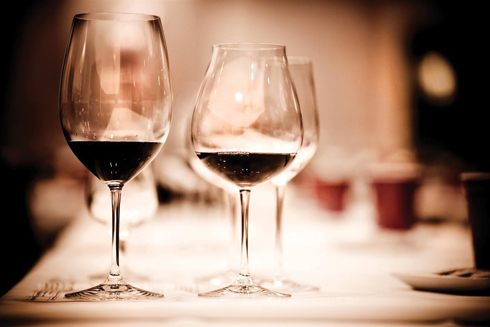