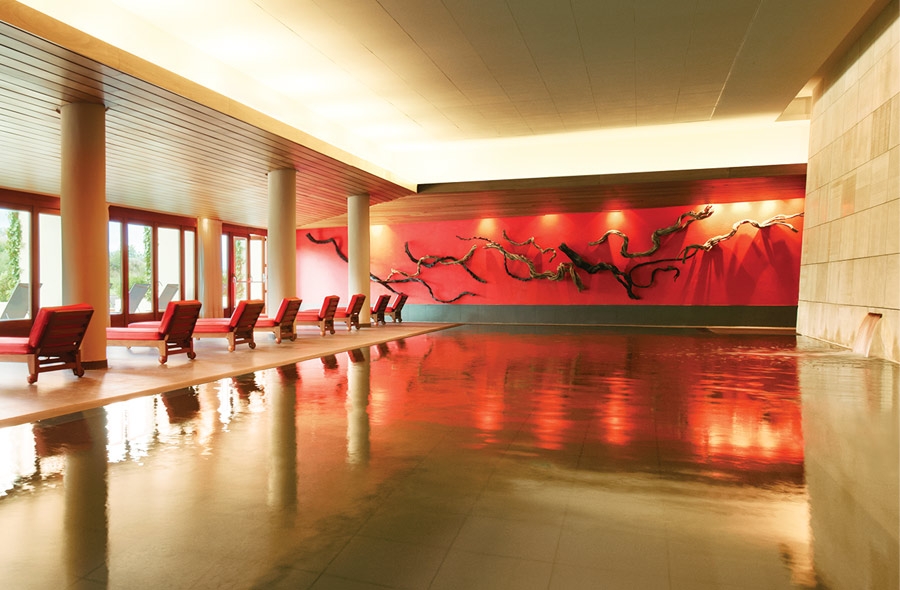 With our continuous desire to find the most outstanding wine regions, we recently discovered one of the world’s most spectacular ones, Spain’s La Rioja region.

Located south of the Cantabrian Mountains along the Ebro River, just an hour and 15 minutes from the reinvented city of Bilbao. Because the mountains, which help to isolate the region, have a moderating effect on the climate, the Rioja region features some of the best wines in the world. It’s also home to the Oja River (Rio Oja), believed to have given the region its name.

Bordeaux, Burgundy, Chile and Napa, California wineries always compete for the best wine, winery design and quality of hospitality, but just a few wineries have integrated luxury hotels within their vineyards. Despite visiting the Rioja region during the winter, we were totally blown away by the Marqués de Riscal site upon our arrival. The winery complex, which has been nicknamed “the City of Wine,” is located in the heart of the Rioja Alavesa region and includes one of the most recognized luxury hotels in the world.

The Hotel Marqués de Riscal is a Luxury Collection Hotel designed and built by Canadian Frank O. Gehry, one of the world’s most renowned architects and designer of many works of art, such as the Guggenheim Museum in Bilbao and the Fondation Louis Vuitton in Paris. The Hotel Marqués de Riscal merges deep-rooted wine-growing tradition with 21st century avant-garde design.

The hotel’s spectacular curves, titanium roof and asymmetry of walls provide an elegant contrast to the historic wine cellars designed in 1858 by architect Ricardo Bellsola. The hotel’s 43 luxury rooms and suites, each unique and different in their shapes and offered views, are “thrown” into two wings, connected by a spectacular suspended footbridge.

Gehry’s personal and exclusive project of interior design, characterized by its forms, colors and materials, offers an authentic avant-garde vision. We also discovered that the world of wine and the world of gastronomy meet at the Hotel Marqués de Riscal. With the most exclusive dishes at their fingertips, guests can enjoy the creative and traditional Basque- Riojan cuisine of Francis Paniego, who, in 2004, was the first Riojan chef to receive a Michelin star. The hotel also offers a more informal wine bar and a rooftop lounge with breathtaking, panoramic views. Its cozy fireplace is perfect for guests who want to sample any of the thousands of wines from around the world found in the hotel’s cellars, or enjoy reading one of the thousand books in the library, all on topics related to the luxury world. Guests can also experience the entire process of wine production, from the most traditional to the newest and most technologically-advanced processes.

If you select Spain and the Rioja Region as a future summer or fall travel destination, be sure to include the Marqués de Riscal winery and the Hotel Marqués de Riscal on your itinerary. While you’re there, allow time to visit the hotel’s Spa Caudalíe Vinotherapie to enjoy a once-in-a-lifetime experience by indulging in unique wine therapies that offer a broad selection of relaxing, energizing, slimming and antiaging treatments and sensations, based on the grapes’ and vines’ purest essences and other natural ingredients.

Thanks to the unique Spanish landscape and exuberant colors of Marqués de Riscal —steeped in the traditions of the country and Gehry’s very singular signature — our experience within “The City of Wine” was kind of “love at first sight.” 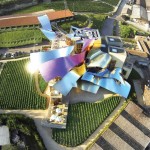 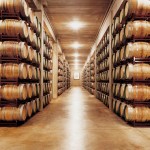 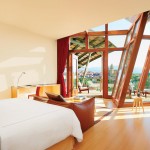 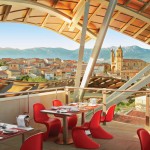 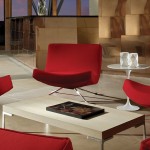 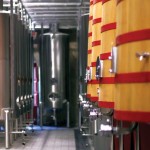