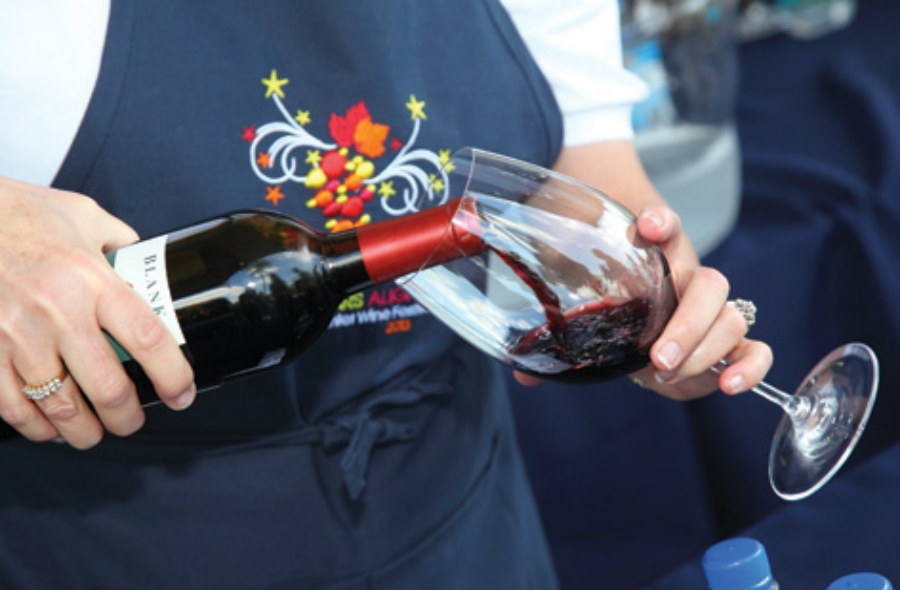 Raising more than $8.6 million for underprivileged and at-risk children only took an afternoon of spirited bidding among 500 guests at the world-renowned Naples Winter Wine Festival.

The festival – which spans three days in late January – reached the pinnacle of excitement during the live auction of 65 extraordinary, one-of-a-kind lots.

The top money-raising lot captured a bid of $750,000 for the fastest, most powerful Ferrari ever made – the 2013 F12berlinetta. The lot gives the winner bragging rights as one of the first in the U.S. to own this car, as well as entry to a Ferrari driving-experience program. The 2014 Maserati Quattroporte V8, the fastest, four-door Maserati and one of the first to be delivered in the U.S., brought a winning bid of $340,000 and includes VIP access to the Pebble Beach Concours d’Elegance and other Maserati events.

A lot that captured multiple bids in a modified Dutch auction for a private Naples concert by the band Chicago, including an exquisite dinner and fine wines, raised $405,000. Two experience lots raised $280,000 each: one for a trip to the 2013 Cannes Film Festival to walk the red carpet and spend a week at La Grange, a 17th century farmhouse on a private estate in Provence, and a second was a South Africa experience for two couples for 13 nights, with a $100,000 Graff jewelry credit.

On-the-spot donations raised $244,500 for the Lunch Boxes of Love fund-a-need lot that will provide meals for thousands of hungry children and their families. The top wine lot fetched $180,000 for a rare 65-bottle complete vertical of Château Mouton Rothschild Artist Label series housed in a custom-made display table.

This year’s festival was themed “When Stars Align,” a nod to the many stars who participate in the festival and the children who are “rising stars” thanks to the generosity of those under the auction tent and other supporters. The festival is the fundraising arm of Naples Children & Education Foundation (NCEF) and is ranked by Wine Spectator as the most successful charity wine auction in the nation since 2004.

NCEF trustee Bob Edwards, festival chair with his wife, Terry, summed up the auction: “The stars aligned today in a constellation of generosity. We are enormously grateful to everyone under the auction tent for sharing their treasure so our most vulnerable children can reach their potential.”

“Every bid helps change children’s lives,” says Terry Edwards. “NCEF trustees and our supporters are passionate about making a difference, whether it is providing eye exams for 8,000 underprivileged children and glasses for hundreds who need them, or distributing nearly 2 million meals for children whose families are at poverty level. When others can’t, NCEF can, because of so many generous people.”

The auction took place in the Grand Lawn Pavilion of The Ritz-Carlton Golf Resort, Naples, a founding sponsor of the wine festival. Guests enjoyed a pre-auction culinary showcase with fine wines and cuisine before lively bidding got underway. The day before, guests toured children’s charities to see festival proceeds at work. They also attended intimate vintner dinners at the homes of NCEF trustees and supporters where celebrity chefs, including the festival’s Chef de Cuisine Michael Anthony, prepared the cuisine, with wines personally poured by the festival’s Honored Vintner Barbara Banke of Vérité Winery and other nationally and internationally acclaimed vintners. A post-auction wine-down party and celebratory Sunday brunch brought the festivities to a close.

Begun in 2001, the annual festival has raised $116 million to benefit Florida’s most vulnerable children in Collier County. The foundation’s mission to create and expand charitable programs serving underprivileged and at-risk children is carried out through yearly grants and long-term strategic initiatives focused on children’s early learning, medical/oral health, out-of-school programs, behavioral health and childhood hunger. As a direct result of NCEF investments, more than 150,000 children have had their lives improved. NCEF has 56 trustees that govern the foundation and host the festival.

The 2014 festival will be held Jan. 24-26. Please visit NaplesWineFestival.com for more information.

-  A 22-day, around-the-world trip for one couple on a luxury jet traveling to
exotic locales such as Panama, Easter Island, Fiji and Bali gained a commanding bid of $240,000.
-  A glamorous, four-night Parisian trip for eight ladies, with private visits to
several legendary fashion houses, commanded a bid of $220,000.
-  A trip to Paris and Bordeaux with private dinners and tastings with world-
renowned vintners led by Darioush vineyards proprietors was auctioned for $220,000.
-  A nine-night, exclusive escape for four couples to three of Aman Resorts’
premier North American properties came in at $200,000.
-  Ownership of 2.5 acres of O. Fournier vineyard property in Argentina and a
six-night Argentine escape for two garnered a high bid of $180,000.
-  A four-night trip to Scotland for eight gentlemen, with accommodations at
Kinross House — a 17th century Scottish Neoclassical mansion — complete with hunting and fishing on property, golf and more, went for $150,000.
-  A five-liter bottle of each of Vérité’s three, 100-point wines from 2007, along
with VIP access to the Kentucky Derby, the Preakness and the Belmont Stakes, which brought $130,000.
-  The keys to vintner Cliff Lede’s estate and Porsche for a one-month Napa
Valley immersion inclusive of a horizontal of 2009 Poetry Cab scored a lofty bid of $130,000. 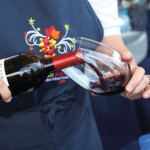 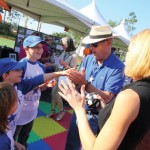 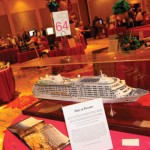 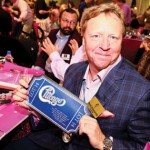 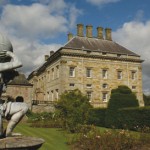