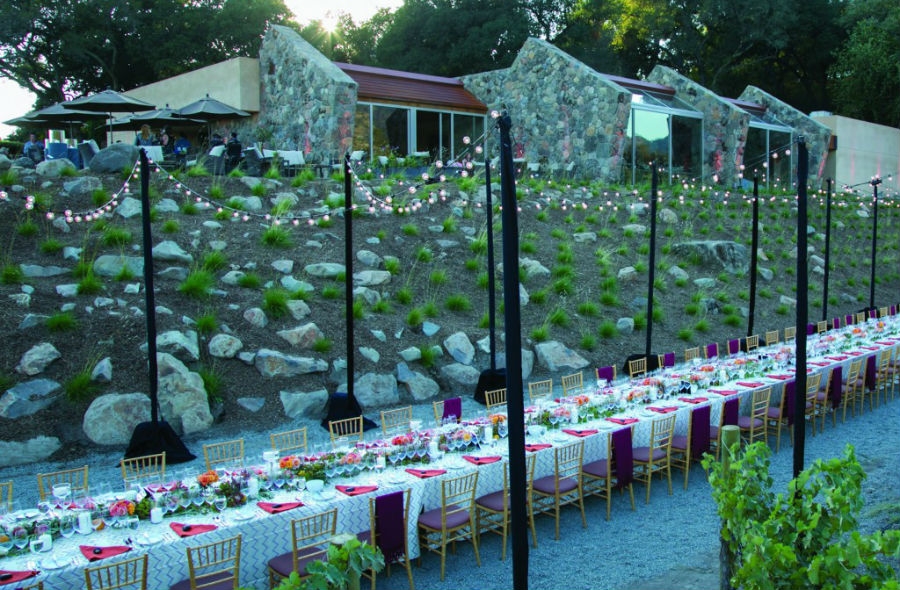 Stag’s Leap Wine Cellars, one of Napa Valley’s most iconic wineries, has officially opened the doors to its new FAY Outlook & Visitor Center.

“There’s no question Stag’s Leap Wine Cellars is one of the world’s most highly regarded winery estates,” said Ted Baseler, President and CEO of Ste. Michelle Wine Estates. “We are delighted to open this incredible FAY Outlook & Visitor Center to give our customers a tasting experience worthy of the world-class wines being produced here and one that offers spectacular views of two of Napa Valley’s iconic Cabernet vineyards.”

World-renowned architect Javier Barba created the design for the new visitor center to take advantage of the stunning views of the estate vineyards and the Stags Leap Palisades as the mountain and its legend are central to the Stag’s Leap Wine Cellars story. Using plenty of glass in the design for natural light, the space is bright and natural. More importantly, Barba said, it also allows you to witness the changes the seasons and climate have on our vines in a way that has never been seen before.

Barba also designed and oversaw the building of the Stag’s Leap Wine Cellars Arcade, the Great Room and the Round Room in the wine caves (34,000 square foot) – a four-year project that was completed in 2000. The new FAY Outlook & Visitor Center shares a similar contemporary look and uses materials that blend with the winery setting and elements from the land. Dan Macdonald of Daniel Macdonald AIA Architects, Inc., and Landscape Architect Sandra Reed of ZAC Landscape Architects brought Javier Barba’s vision to life.

The design team sourced the stone for this project from Stag’s Leap Wine Cellars land so that visitors can appreciate the natural beauty of the earth occurring in the cliffs of the palisades up close. Each of these design elements ensures the visitor experience is architecturally harmonious and true to the natural surroundings.

The winery broke ground on the 6,000 square foot FAY Outlook & Visitor Center in early July of 2013. The new center cost approximately $7 million to build; a financial commitment shared by the joint venture partnership of Ste. Michelle Wine Estates and Marchesi Antinori. Together, they purchased Stag’s Leap Wine Cellars in August of 2007. The sale included the estate’s historic brand, the Napa Valley winery, and its signature Napa Valley estate vineyards, S.L.V. and FAY.

The winery’s story today is one of Renaissance. Since acquiring the winery in the summer of 2007, Ste. Michelle Wine Estates and Marchesi Antinori have worked tirelessly to enhance the legacy of this iconic Napa Valley winery. The partners have brought tremendous resources together – not just financial, but also technical and historical expertise, plus a passion for innovation and making the very best wines possible.

Marcus Notaro, a seasoned Cabernet specialist, was named Winemaker for Stag’s Leap Wine Cellars in May of 2013. Now in his second harvest at the winery, Notaro is ensuring wine quality is at an all-time high. “My wine style is in line with the tradition at Stag’s Leap Wine Cellars, which favors balance and complexity, richness and elegance while capturing the unique characteristics of the vineyard.”

The 2007 vintage represented the first releases made under the Ste. Michelle Wine Estates/Marchesi Antinori partnership. The 2008 vintage marked the first wines crafted from bud break to bottle. The 2009, 2010 and 2011 Estate-Grown Cabernet Sauvignons show a stylistic enhancement to even more upfront fruit character and sense of place. They have a beautiful purity of fruit while retaining the balance, elegance and restraint that is the winery’s hallmark.

The 1973 Cabernet Sauvignon, produced from the vineyard’s first commercial crop, stunned the wine world when it bested four top-ranked Bordeaux wines, including two First Growths, in a blind tasting held in Paris. At that time, California wines were considered curiosities, hardly in the same class as the best French wines. This seismic event has been described as “sparking a staggering revolution in vineyard technology,” “a major turning point in consumers’ attitudes,” and “a moment that shook the global wine establishment to its roots.” 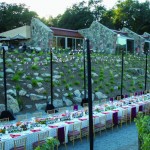 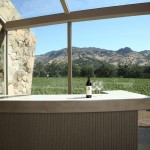 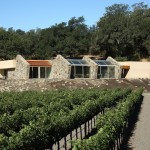 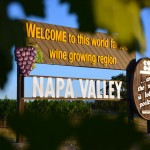 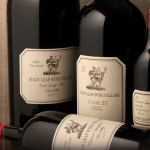