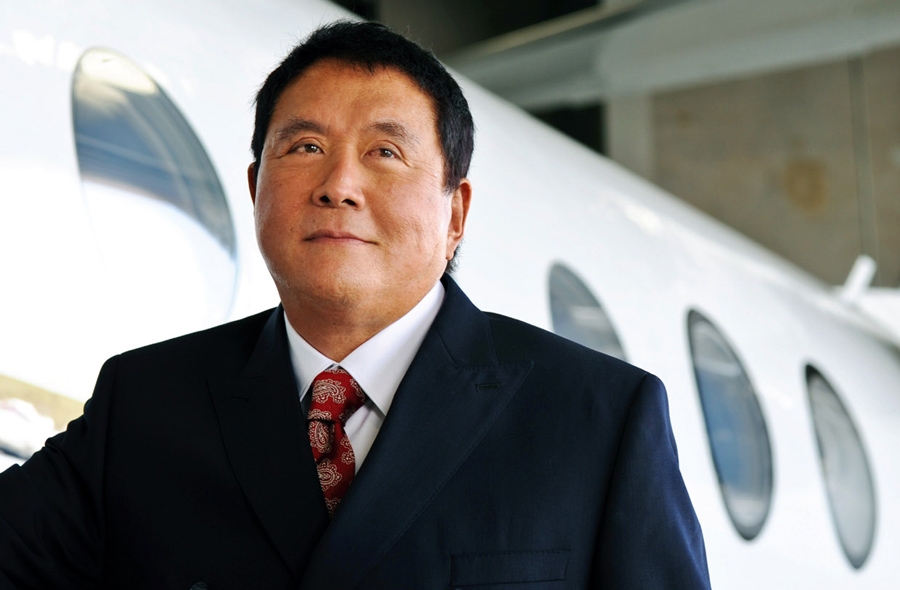 I remember 1994 well. It was the year my wife and I retired. Kim was 37 and I was 47. Although we had sold our business before retiring, it was not the sale of that business that set us free.

One reason I did not have a 401(k) is because 401(k)s are for people who plan on retiring poor. My plans were to retire rich.

When a financial advisor says, “When you retire, your income will go down,” they are saying, “When you retire you will be poorer.” If you plan on retiring rich, or retiring at a higher income level, 401(k)s make no sense.

Tanner: Now that the 401(k) retirement plan system has been around for a generation, we can see why it’s failing people on so many different levels. And I’ve found that many high-level investors have a blind spot in this area of their investing without realizing it. I’m talking about mutual funds, an industry that has been helping itself to the hard-earned money of investors for decades.

In 2011, for example, the IBM Institute for Business Value reported that the value destruction to the accounts of mutual fund clients is approximately $1,100 billion a year. In other words, that’s how much money is flowing from the pockets of investors to Wall Street institutions. With a cash cow like that, it’s no surprise Wall Street spends vast amounts fighting negative publicity.

In my book 401(k)aos I explain the difference between two varieties of risk using the analogy of getting a flu shot. When I get a flu shot, it doesn’t mean I am now inoculated from every other disease. It simply means I have protected myself from this one threat to my well-being (non-systemic risk). It doesn’t protect me from a common cold, or cancer or coronary artery disease. To protect myself from these other diseases, I need other measures and safeguards.

Kiyosaki: In my opinion, investing is about control.

Kiyosaki: In making the case for managing my own money, taxes are an important factor. A 401(k) is just not tax efficient.

As you probably know, different types of income — ordinary income, portfolio income and passive income — are taxed at different rates. When a person contributes to a 401(k), the income goes in tax-deferred. When they retire, their money comes out at as ordinary income, the highest of all taxable levels. This is why 401(k)s make no sense for people who plan on retiring rich.

Many of the people who turned their money over to professional money managers have been some of the biggest losers. Recognize any of these big names from the headlines? There’s Bernie Madoff, Jon Corzine’s MF Global, Allen Stanford’s $7 billion Ponzi scheme, and, lately, Jamie Dimon’s and JPMorgan’s $5.8 billion trading loss, wiping out billions in additional shareholder value. Why trust your money to these “professionals?” Most any of us can make poor choices and lose our own money . . . I know I can.

Then we have government service retirement plans. After the city bankruptcies in of Stockton and San Bernadino, California (and the problems in San Diego and San Jose), it’s becoming obvious that retirement is likely to be a bigger problem than the subprime crisis. The Economist recently stated that in 49 of the 50 states, the government service pension plans are underwater.

For years, Warren Buffett has been warning that the pension crisis is the biggest crisis of all. In a recent interview on CNBC, Buffett had this to say about professional money managers in the government:

“The pension fund assumptions of most municipalities, in my view, are nuts.”

In addition, both oil and housing are basic necessities. People may not need a new iPhone or iPad, but they do need gasoline to run their cars and a roof over their heads.

In terms of investing in apartment houses and oil, the government offers generous tax breaks, incentives, for investors who provide energy and housing. With housing, the government offers tax breaks in the forms of appreciation, amortization and depreciation. Every year, my wife and I sit down and discuss how many more apartment houses and oil wells we will add to our asset column in the coming year. We actively plan for our income to go up each year — not down. This is why a 401(k) made no sense for us.

I do not chase technology stocks. You may have noticed that tech giants Hewlett-Packard and RIM (of Blackberry fame) — once darlings of the tech world — are now falling from grace. My problem with technology is this: “Hot today, obsolete tomorrow.”

Tanner: I start with a focus on risk and risk management. Professional investors understand that there is a relationship between risk and control. When you have more control, you are exposed to less risk. Conversely, less control exposes you to more risk. And when you have no control, you’re simply gambling.

An entrepreneur can make changes in his business to make it more successful. Real estate investors can force appreciation of a property or force the increase in rents with improvements to the property. There is nothing an investor can do to influence the performance of a mutual fund. There are no actions that an individual investor can implement to influence the upside. Likewise, there is absolutely nothing that can be done to prevent a steep downside.

And whenever the topic of risk comes up in regard to mutual funds, Wall Street always trumpets the tired idea of diversification. Yes, a diversified portfolio can help when you have a single stock fall. However, as we’ve seen in recent years, the real world of stock investing isn’t that simple. As we have seen, the market has been taking virtually all stocks on the same roller coaster ride. And when the market moves sharply down, it takes the entire mutual fund down with it. Diversification offers your account value no true safety from market drops in today’s economy.

I’m amazed at the number of investors — from 401(k) employees all the way up to high net worth individuals — who fail to differentiate between the consequences of having one company fall and the consequences of having the entire market fall. When British Petroleum caused the oil spill in the Gulf of Mexico, we saw the stock fall from $60 down to $30 in a single month. That was a single situation that had little to do with market forces, so we call it “non-systemic risk.” In contrast, the bursting of the dot-com bubble in 2000 followed by the subprime meltdown in 2008 were system-wide events that brought all of the financial markets to their knees. That’s why we call them “systemic risks.”

Kiyosaki’s Closing Thought. . . How many of those in this baby-boomer generation will spend their “golden years” worrying about how they’ll survive financially? How many of them may never really “retire”… forced to stay in the workforce for their day-to-day survival? It’s a disheartening prospect. And I hope they’re asking themselves what action they can take today… to create a different tomorrow.

Tanner’s Bottom-Line Take. . . Pass on the “hot tip” . . . in favor of financial education. If someone tells you to “buy gold,” you might find yourself with a good investment, an asset . . . but you haven’t learned anything. Advice doesn’t make us smarter, it simply makes us dependent. As Robert has stated time and time again — in this article and in his books and teaching — it’s the independence, taking control of your financial future, that will sustain you as you build and grow wealth. 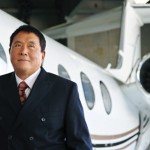 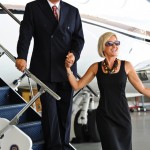