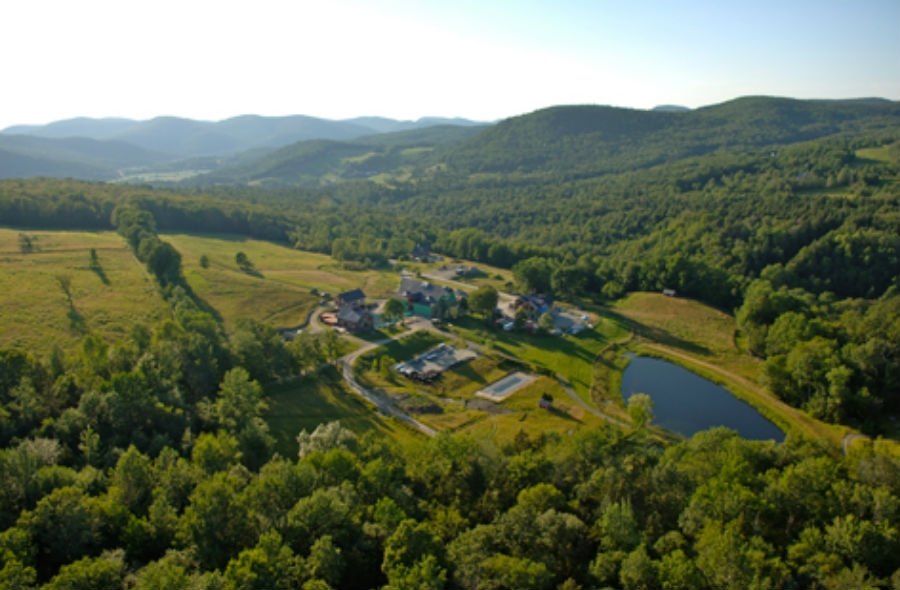 I was raised in Iowa, which ranks first in the nation in corn and soybean production and where over 90 percent of the land is used for agriculture.

Truth be told, I grew up in a subdivision, only I didn’t know that I was growing up in a subdivision. I spent most of my youth playing outside, yet living in the city insulated me from the important and pervasive agricultural land use all around me.

Like many of my family members, my dad worked for a multinational manufacturer of agricultural equipment, one of several that lined the Illinois side of the Mississippi River. However, I did not comprehend in those formative years that the wonderful life my family provided me was funded by industrial farming.

It wasn’t until I graduated from law school, found my way into a real estate career, and developed an expertise in land conservation and a passion for thoughtful land stewardship, that this became apparent to me. And only recently, I learned about the health-related powers of food and started connecting the dots between industrial farming, our country’s health crisis, climate change and our staggering national debt. While seemingly disparate, they are inextricably connected.

Farmland is one of the hottest alternative investment classes today. Legendary international investor Jim Rogers is so bullish about it, here is what he had to say: “Agriculture is one of the few places I know that’s going to be the great industry of the next 20 to 30 years. The world is changing; it’s going from the money shufflers to the people who produce real things, and farmers produce real things.”

On a global scale, the competition for buying productive agricultural land has become so heated that it has been dubbed “land grabbing.”

Why is this asset class so attractive to investors right now? Food security concerns, food scarcity and a growing global population are just a few reasons. The United Nations estimates that by 2050 the world population will reach 9 billion. How to feed 2 billion more people over the next 38 years is causing a lot of conversation.

I have been in the real estate business for nearly 15 years. My clients look to me for, among other things, advice about where to buy, what to buy, how much to pay and what to do with the asset once they acquire it. Today, more than ever, I think investing in land for agricultural use is one of the smartest, safest real estate investments one can make. However, the type of land that I advise my clients to buy, and the kind of agricultural commodities that I recommend they grow, have dramatically changed.

What kind of land do I predict will define the new agricultural investment frontier? Lands that can be optimized using sophisticated management techniques for growing foods high in micronutrients (vitamins, minerals, phytochemicals), rather than the dominant commodities that are high in macronutrients (fat, carbohydrate, protein) – like corn, dairy and meat.

While investors are paying record-setting prices for what they believe is the most valuable agricultural land in the corn belt, what they are actually buying is land with depleted topsoil that is vulnerable to a host of projected climate change effects like summertime drought, the impacts of which are already being felt throughout the Midwest.

I believe the better bang for the buck is to purchase “new frontier” land in the emerging marketplaces like Vermont (where I live), upstate New York, New Hampshire and parts of Massachusetts and Maine. In my opinion, as far as the U.S. goes, one will find some of the best new agricultural investment opportunities in the Northeast, close to metropolitan centers like New York City with its population of 8.2 million. Land in the Northeast, I believe, carries premium value because of the region’s abundant water supply, future rainfall projections and low risk of wildfires.

What kind of crops can be grown on this new frontier agricultural land? Micronutrient-rich commodities, or “superfoods,” which are key to a healthful lifestyle and are a lynchpin in reversing and preventing chronic disease. Thoroughly documented by practicing board-certified family physician and researcher Joel Fuhrman, as well as many others, foods rich in micronutrients are the pillars of longevity, disease prevention and disease reversal.

Some examples of superfood crops with strong economic potential are tree nuts, perennial berry shrubs and vine fruits, tree fruits and edible seed crops. Storable staples like beans, nuts, seeds and higher-nutrient grains complement fresh crops like vegetables and a wide variety of specialty mushrooms. We have barely tapped the potential of an entire spectrum of new agricultural development.

Why the time is ripe for agricultural innovation and investment.

First, our existing heavily subsidized agribusiness industry, and its environmentally damaging production of micronutrient-deficient commodities, will soon become a thing of the past. It will, I predict, come tumbling down under the weight of its own government-subsidized corpulence.

Second, the demand for food is already not being met, but will continue to rise dramatically with population growth.

Third, Americans are committing suicide with food. We have an epidemic of obesity, diabetes, heart disease and cancer — all diseases rooted in micronutrient deficiency. More Americans are demanding an alternative to this perilous status quo, and are investing their dollars in nutrient-rich foods.

Fourth, the economic costs of a sick society are unsustainable. The U.S. taxpayers subsidize corn production to the tune of $5 billion a year. This results in farmers growing more corn than demand supports. Some of that surplus is sold to the meat industry for less than the costs of production, and some is made into high fructose corn syrup. Meat, cereal grains and processed foods rank lowest in micronutrient density.

Taxpayers also spend $20 billion on price supports that benefit the dairy, beef and veal industries. Fruits and vegetables grown primarily for human consumption are specifically excluded from USDA price supports. And yet, the major cause of all diseases afflicting Americans today is a produce-deficient diet.

On the other end of the equation, health care expenditures in the U.S. were nearly $2.6 trillion in 2010 and are expected to increase annually. Of that, approximately 75 percent was spent on patients with one or more chronic conditions, most of which can be prevented and even reversed with a nutrient-dense diet.

What do I think the new frontier in agricultural land use and food production will look like? Perennial micronutrient food systems are where it’s at, and where long-term investment opportunities are most promising. These systems can be optimized for climate change resilience and are scalable for diverse landscape sizes and types. However, they are as yet unproven at large scales, though there are abundant smaller models around the world that demonstrate what is possible in a networked landscape.

Why are these types of foods and perennial food systems so valuable, and why do they hold promise for sound agricultural investing?

There are many reasons, but I think the top four are:

While there is far more to say than I can address here, I hope that I have piqued your interest in what I believe to be one of the most important issues and opportunities facing our society today. As you consider how to protect and grow your wealth, consider diversifying your portfolio with new frontier agricultural land.