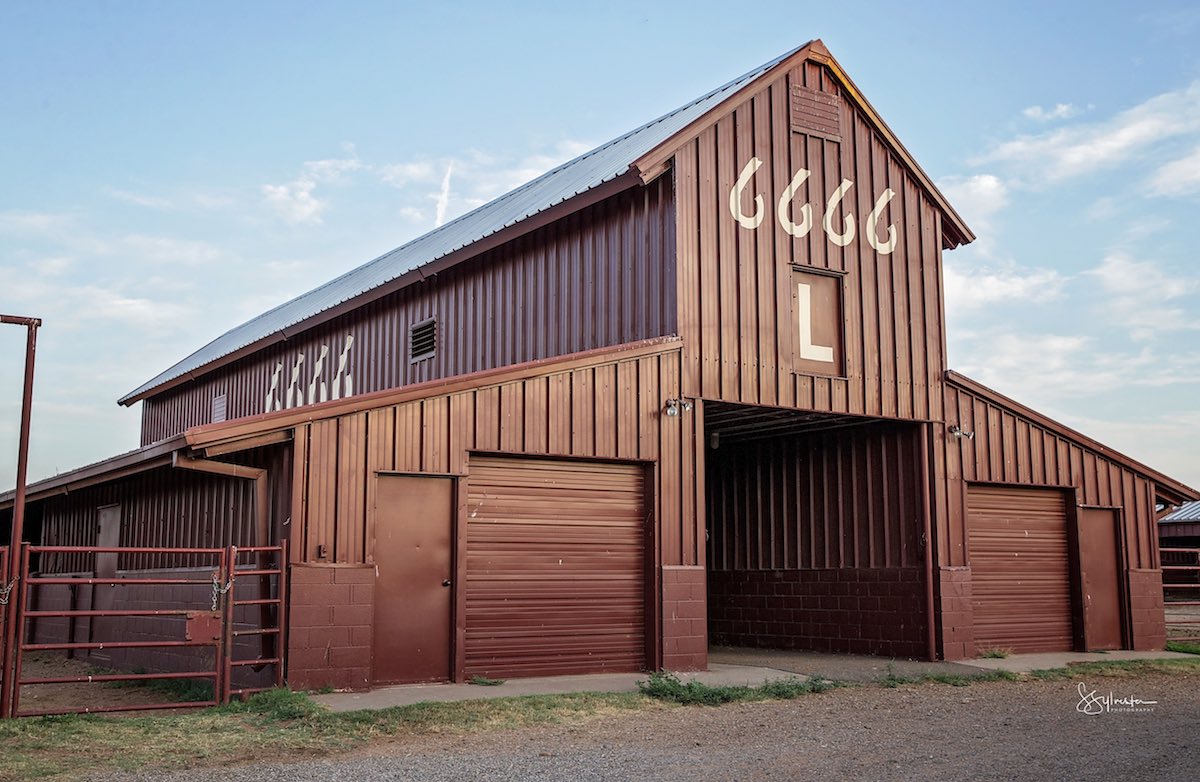 When Anne Burnett Windfohr Marion passed away in early 2020, her will became a prevalent topic of discussion amongst Texas residents and ranching communities. It was also the talk for those who are fans of television’s Yellowstone or its thrilling prequel 1883, which both feature the ranch on their shows. So, why was there so much riding on this will? Because Anne was the last living descendant of Samuel Burnett and the sole inheritor of The Four Sixes Ranch. In her will, she stipulated that the legendary ranch was to be sold. Following the sale, the ranch was going to be owned and operated by someone outside the Burnett family for the first time since 1870.

Born in late 1938 and known as “Little Anne” by many at the ranch, she was the only great-grandchild of acclaimed oiler and cattleman Samuel “Burk” Burnett. She was raised on the ranch and took many life lessons with her such as true hard work and determination. As the heir to his empire, she accomplished a lot in her lifetime such as founding the Georgia O’Keeffe Museum and the Burnett Oil Company as well as being director of the National Cowboy Hall of Fame. She was internationally respected for her art collection, admired by all who knew her generous spirit and her heart that was said to rival the size of Texas. So, why are Little Anne and The Four Sixes Ranch so successful and beloved in these communities?

The legend of how the name of The Four Sixes Ranch came about has been debated for generations with one of the most popular stories being that young Burk Burnett won the ranch in a poker game with a winning hand of four sixes. But, in truth, the story began in 1868 when Burnett purchased 100 cattle with the brand ‘6666’ on them. The brand stuck. Even after he sold the cattle years later, the brand continued with the Burnett name.

During the winter following his first purchase of cattle, Burnett bought 1,300 more cattle and drove them up nearly the entire state of Texas. It was then that he realized the need to control the land he was raising cattle on. So, he started purchasing tracts of land starting with a large plot near what is now known as Wichita Falls, Texas.

Following this acquisition of land, Burnett decided to expand further as his number of cattle increased. He made an agreement with Comanche Chief Quanah Parker and leased about 300,000 acres of Comanche and Kiowa land. Through this transaction came a lifelong friendship between Burnett and Parker. The rancher was known for his admiration and respect for Native Americans, and the Comanche people gifted him the nickname of, “MAS-SA-SUTA” or “Big Boss,” in their language. 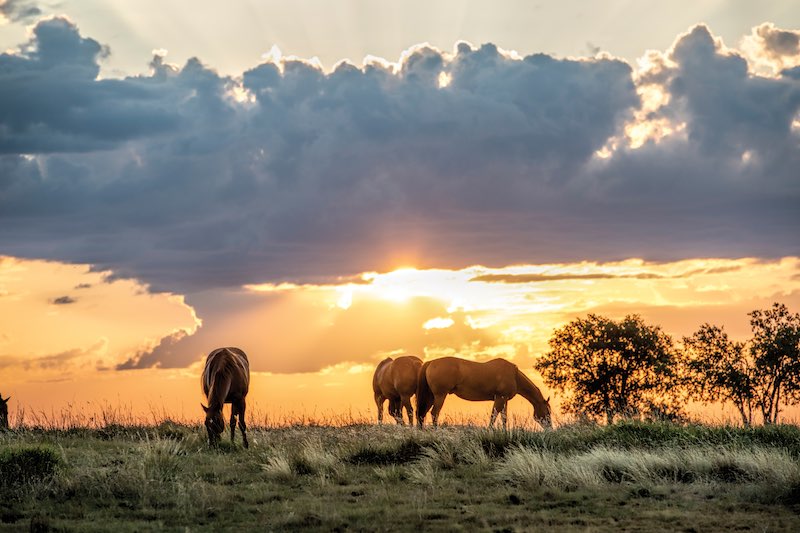 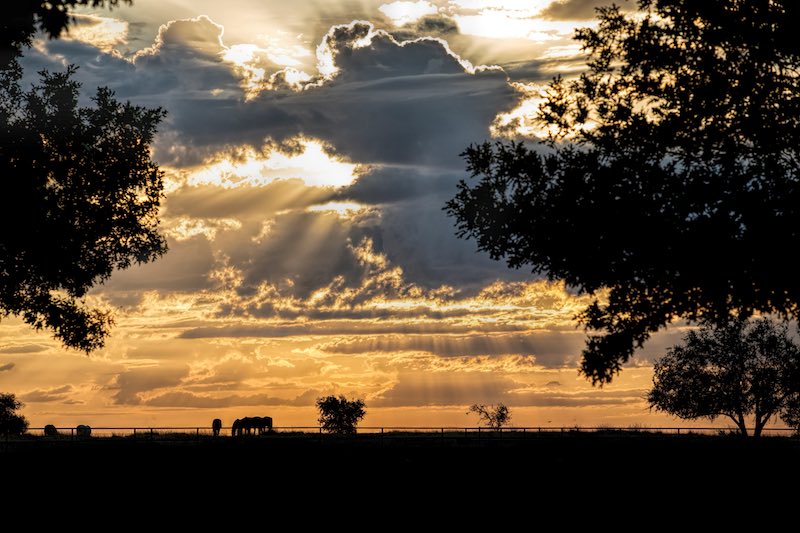 After his lease ended in the early 20th century, Burnett purchased and moved his cattle to a new ranch, which was known as the “8 Ranch” near Guthrie, Texas. At this location, Burnett erected his headquarters and home where it has remained for more than 100 years. The house is 13,280 square-feet, made of stone and boasts 13 bedrooms, 13 bathrooms, multiple kitchens and more amenities that have maintained the luxury of the iconic building. Visitors of the ranch house have included comedian Will Rogers and President Theodore Roosevelt, a close friend of Burnett’s.

While the home is one of the most memorable pieces that make up The Four Sixes Ranch, nearby the house is an extensive supply shop, a private landing strip and airplane hangar, 20 employee houses, and a 48,000-square-foot arena amongst other ranch necessities such as barns and stables. The terrain of the ranch is comprised of gorgeous green pastures and Western desert with hills and mountainous regions as well as lakes and rivers sprinkled across the acres.

Around the same time that Burnett purchased his headquarters ranch, he also purchased a ranch in Texas’ panhandle, which had previously been known as The Dixon Creek Ranch. It was on this land that the Burnett Family struck gold and found substantial amounts of oil on the ranch. Burnett was already a wealthy and successful man of his time, but this discovery secured that the Burnett name would go down in history.

Burk Burnett passed away just two years after oil was found on his land. So, while he did not get to enjoy his fortune, his descendants were able to expand and evolve his legacy. Burnett’s son, Thomas Burnett, along with the ranch manager, George Humphreys, created a line of American Quarter Horses that were and continue to be beautiful, clever and prize-winning. None were better than Cee Bars, a distinguished and decorated stud whose sires would go on to win 16 world championships and more.

Her daughter, Anne Burnett Windfohr Marion, took responsibility for all the Burnett ventures. She continued developing the fortune and legacy of the Burnett name over the 40 years she led the business and ranches. Anne achieved this through her ranch expertise, expansion of the family’s oil business and marketing The Four Sixes brand successfully in many ways including having the ranch and its cowboys featured in Marlboro Man advertisements. Her mission was to ensure that her family’s estate and all the hard work they’d put into it would never go to waste. 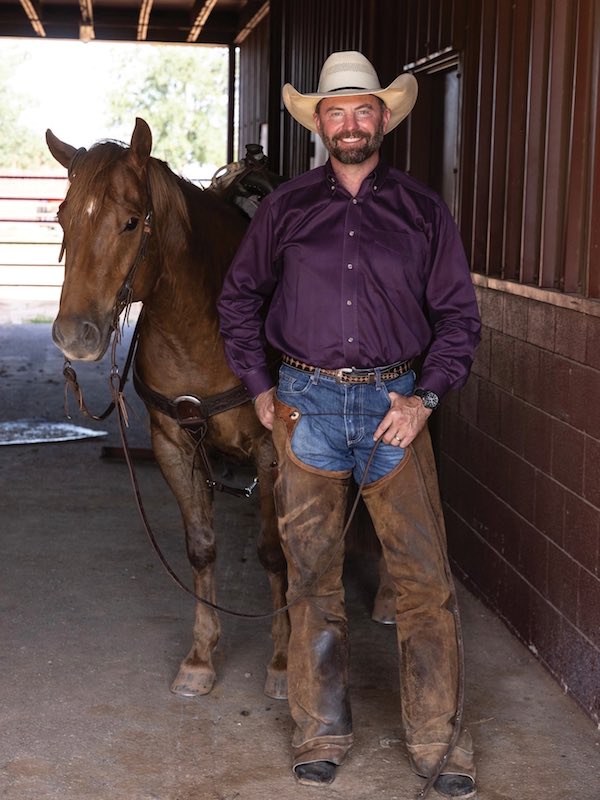 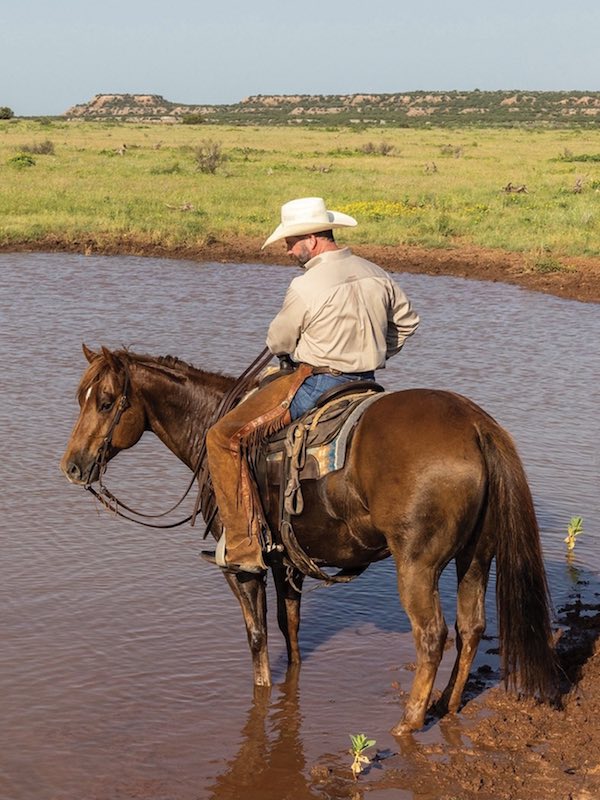 “Protecting and preserving the integrity and the authenticity of the 6666® Ranch and its brand is of the utmost importance to the purchasing team,” said Bell. “Because of that, you’ll see very few – if any changes – as the ranch’s new owners want to preserve the traditions that the Burnett family started and coddled over the last 150 years.” 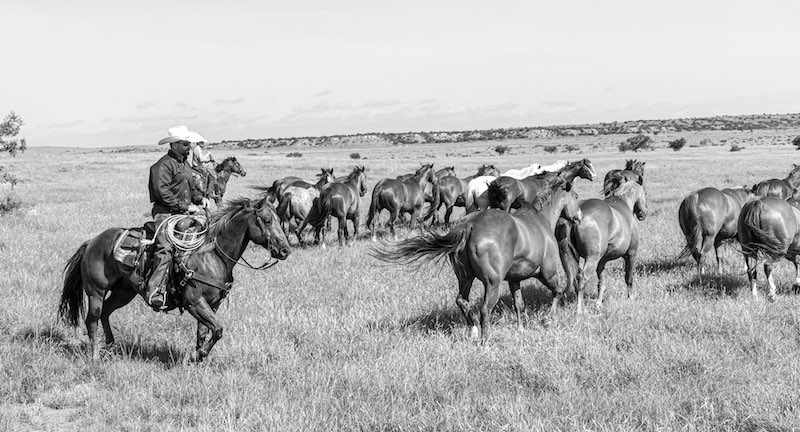 The Four Sixes purchase marks the first time the ranches have been sold in more than 150 years. While the final purchase price remains undisclosed, it is publicly known that the ranches were collectively listed for sale at $341 million. With its 266,000+ acres, this is one of the most significant ranch purchases in recent U.S. history.

“I was extremely honored to have played an instrumental role in this historic transaction. We all look forward to seeing what the next chapter is for this legendary ranch,” said Bell.