The Rebound in Real Estate | Best Bets for 2013 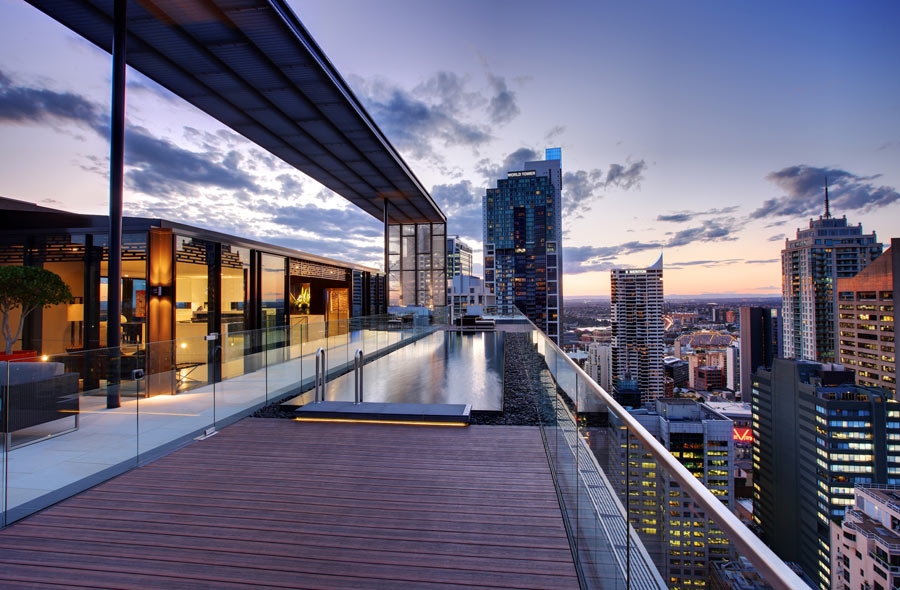 For most real estate professionals, 2013 is expected to be a turning point for the economy and the commercial real estate industry.

While 2013 will get off to a slow start, coming as it does at the end of the slowest economic recovery on record, the stage is set for a significant turn-up in market sentiment by year-end, setting the stage for a strong global rebound in 2014 and beyond.

In 2013, there will be more clarity to the political and economic challenges plaguing the global economy. As we see solutions evolve, confidence will continue to return, demand will accelerate, and this will lead to a much healthier economic climate.

As values for multi-family, industrial and office developments continue to rise in and around major cities, investor interest is likely to move to the secondary and tertiary markets where pricing is more favorable and demand is strong. These include markets such as Charlotte and Raleigh-Durham in North Carolina, San Antonio and Seattle.

The improving prospects in cities like these are mostly driven by consistent job growth in strong, sustainable industries such as technology, health care, education and energy. “American infill” locations offering walkability and strong transit systems continue to outshine the others. These locations offer advantages to the echo boomer generation, which in itself is a key demographic in the real estate investor’s eye.

Among the major predictions for the coming year is that many see Boston, Minneapolis, Dallas, Oklahoma City, Denver, San Francisco, San Jose, Portland (Oregon) and Seattle as being among the strongest markets for office space.

For those brave enough to construct new-wave office space and build in core 24-hour markets, major tenants will willingly pay high rents in return for more efficient design layouts and lower operating costs in LEED-rated, green projects. These new buildings can lure tenants out of the last-generation “brown” product they may currently be leasing.

Demand for warehouses is heating up in Seattle, Denver, San Diego, Los Angeles, Houston and Philadelphia, while the much-battered market for retail space is brightening, with rents headed a whisker higher, on average, in 2013 after bottoming out this year.

From an investor perspective, apartment buildings – where vacancy rates continue to slide and rents will climb higher next year – retain the most appeal. Standout markets include Orlando, Houston, Phoenix, Denver, Salt Lake City and the San Francisco Bay area.

Companies like mine have concentrated our acquisitions of apartments on budding infill locations. Top downtown core markets will continue to outperform the average, bolstered by move-back-in trends and Gen Y appeal. But many of the top core districts in these cities have become too pricey. As my partner Ross McCallister says, “Find buildings where tenants want to be.” These buildings are typically found in districts where hip residential neighborhoods meet commercial areas and are “not necessarily the top, most expensive buildings. You can’t get enough of anything near mass transit stations,” especially apartments. Rental apartment projects will also provide solid income with the potential for future condominium conversions.

Other build-to-core gambits will work, too. Some of our institutional investors agree with us that it is “better to develop at a seven cap rate than buy an existing building at a five.” Completed medical offices and apartments should sell at nice spreads into ever-present capital demand.

We should also see some new development in select industrial facilities in major hub distribution centers near ports and international airports. In these markets, the industrial sector is where the apartment sector was two years ago, driven by tremendous demand from large-scale users looking for specialized space and build-to-suit activity.

Use caution investing in secondary and tertiary cities. Investors need to use local market providers to reduce submarket risk. Focus on income-generating properties and partner with local operators who understand tenant real estate trends and can leverage their relationships. If you feel uneasy about overpaying, listen to your gut and back off.

Markets grounded in energy and high-tech industries provide the most job potential and show the most near-term promise (but they can also be volatile, like with the price of oil or Obamacare), while places anchored by major education and medical institutions should perform better over time. Leading secondary markets include Austin, Charlotte, Nashville, Raleigh-Durham and San Jose.

Consider single-family housing funds. Housing markets will finally limp off the bottom, and major private capital investors will make a move into the sector. We are even seeing institutions getting into single-family property management, which is a first for this mom and pop industry. This will be an important real estate trend to keep an eye on. Regardless of the size of the company, concentrate on investments with local players who know their markets and can manage day to day.

Another great investment alternative is to buy nonperforming loans and work out discounted payoffs from borrowers. Banks and special servicers tend to shed mortgages on weaker assets, but you can hit a lot of singles and doubles at the right price. We did this in Texas and found a great deal of success.

A riskier but important part of the process will be to repurpose the supply of obsolescent properties. Whether abandoned malls, vacant strip centers, past-their-prime office parks or low-ceilinged warehouses, these properties require a rethink, a tear down and in many cases, a new use. Creative planners and developers have myriad opportunities to reconsider how sites can tie into future growth tracks and integrate into more efficient and desirable models. Many capital-depleted hotels are ripe for renovations, too. The key to this will be bank financing and whether the numbers work, but it might be a great time to consider key locations in some of these areas.

In a world of economic hurt and fear, the United States still “represents good relative value” and ranks internationally as the “premier” safe real estate investment haven. We are still seeing considerable foreign investment. In the last three years, my company has invested over $200 million in U.S. apartments with a major Canadian partner. Low interest rates give the real estate industry breathing space, and money “pours in from foreign investors from Canada and overseas” seeking refuge.

Many real estate players wonder how long interest rates and capitalization rates can stay down. But the low-growth economy will force the Federal Reserve to print money and keep rates at unprecedented low levels, probably at least through 2015. And rock-bottom rates continue to be a boon for real estate, providing exceptionally low and attractive financing for borrowers with good credit at a time of a huge refinancing surge in commercial mortgage–backed securities. “It makes the tidal wave less serious” in addition to turning properties into a more compelling investment relative to fixed-income vehicles.

The improving economy could, however, lead to higher inflation and interest rates, which will raise the cost of borrowing for consumers and investors. More experts are saying what most Americans have suspected for years – the real inflation rate is much higher than the government is willing to admit. However, the government has strong motives for masking the real inflation rate. Many government entitlements, most notably Social Security payments, are linked to the Consumer Price Index. Lower official numbers mean lower payouts and big savings.

Time will tell on inflation, but there is no better time to get into historically low fixed-rate debt because as the dollars continue to be printed for continued economic bailouts, the dollar’s purchasing power will drop and that fixed-rate debt will become an asset to the long-term investor.