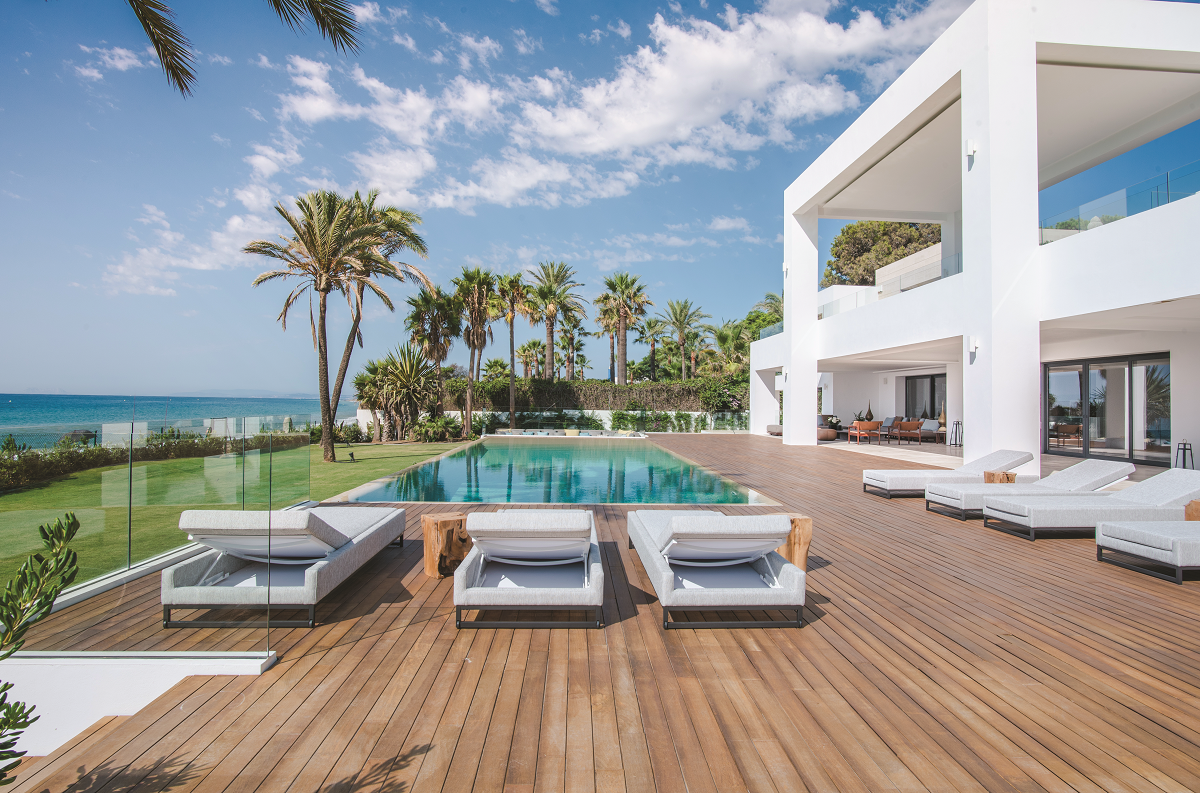 There are lots of ways to financial freedom. The fastest and easiest is to be born to rich parents.

According to economists, about 60 percent of the wealth in America now comes through inheritance. But if you, like me, weren’t lucky enough to be born to rich parents (or find some to adopt you), don’t despair. We “60-Percenters” have other methods to financial freedom. We can climb (or should I say “claw”) our way up the corporate ladder, invest in stocks or bonds or mutual funds, write a bestselling novel or win the lottery.

But earning a top executive position in a corporation can take a long time. Stocks can be volatile. Bonds, annuities and mutual funds often offer less than satisfactory returns. Writing a novel is hard work and only a few make The New York Times bestselling lists. And the lottery — well, your odds of striking it big are 1,800 times less than being killed by lightning strike. 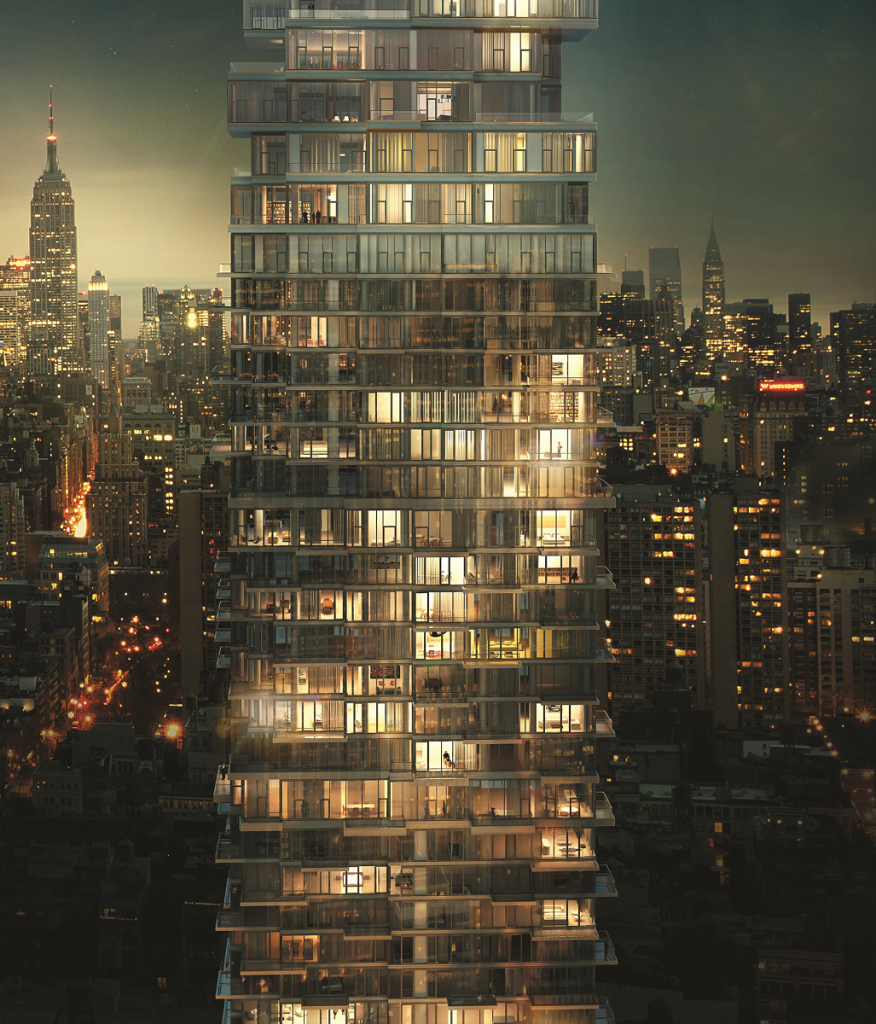 Each “wealth stream” has advantages over the others. (Lottery tickets are cheap.) But none has a better track record than real estate, especially multi-unit rental properties. Since 1940, apartment communities, like homes, have appreciated in value about six percent a year. Monthly rental rates have appreciated about nine percent a year. Adjusted for inflation, rents have increased nearly five-fold, from an average of about $250 a month to a whopping $1,200.

This appreciation in property values and rent means that you have a built-in hedge against inflation, plus some. Although stocks prices have increased faster in value than homes and rents (about 10 percent a year since the 1930s), stocks lack cash flow (like the profit from monthly rent checks). In fact, when compared side-by-side, real estate outperforms stocks by a wide margin.

I’ll prove it to you.

But watch what happens when the other investor puts her money into real estate. She purchases a $100,000 rental property. Two thousand dollars goes into closing costs, and the remaining $20,000 goes to the down payment. 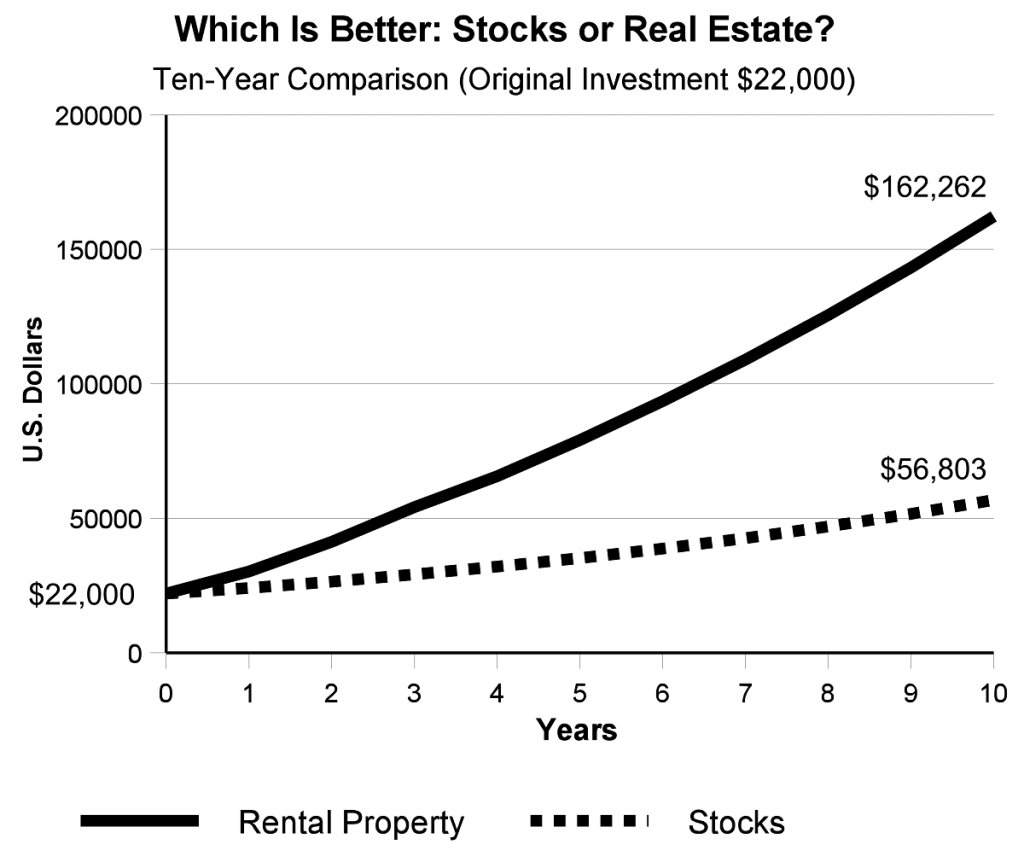 But her gains do not stop there.

The average national rental rate for a $100,000 unit is $1,000 per month (rates are generally one percent of property value). The monthly mortgage payment for a 30-year fixed-interest mortgage at six percent interest is about $480. According to industry standards, the average expenses for a unit like this are about $235 a month. This leaves a cash flow, or profit, of $275 per month. So this investor’s first year cash flow will be $3,300. She has earned $9,300 so far.

Wow! But there’s even more.

Because rent increases at a rate of about nine percent a year, her rental payments will continue to increase through the years, offering her another hedge against inflation and more profits, as inflation usually is less than four percent per year. The graph above summarizes what I’ve just discussed. 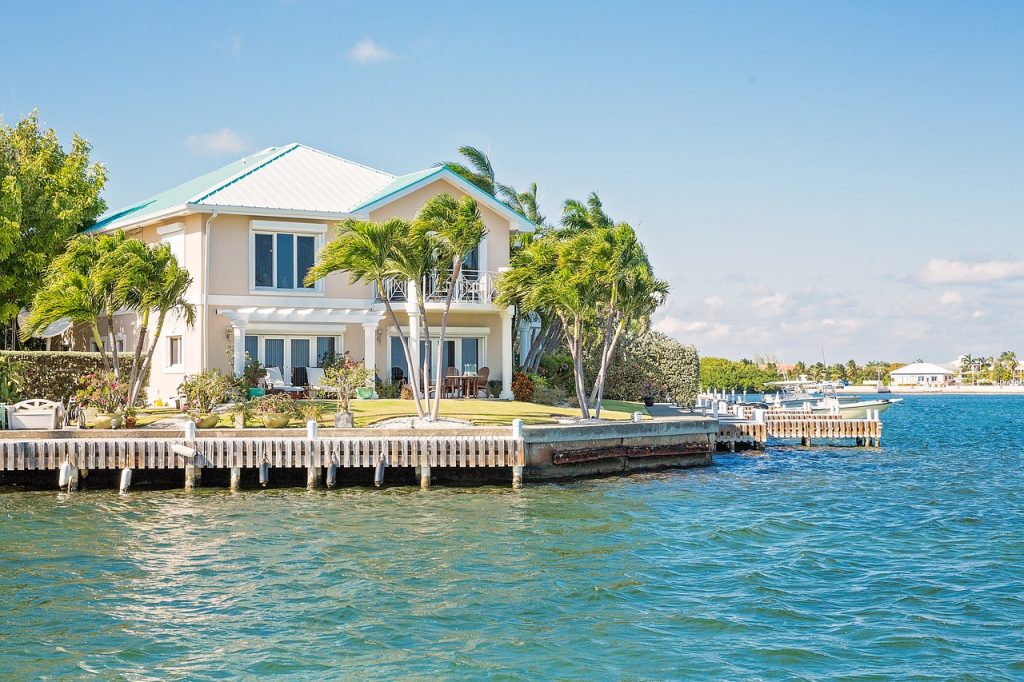 With an investment strategy like this, who needs rich parents?