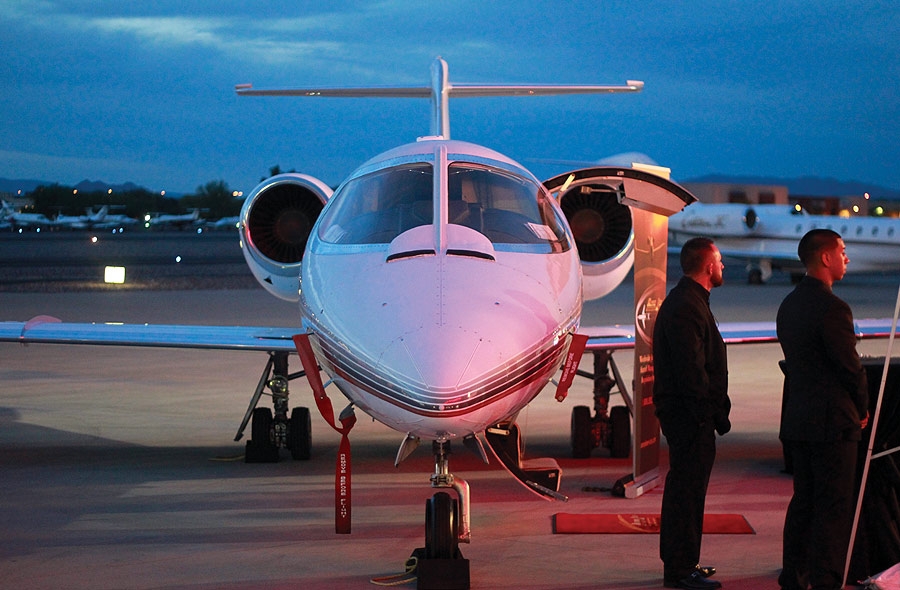 There’s nothing like a clear, warm, moonlit, springtime evening in Scottsdale, Arizona.

Throw in the largest and most lavish hangar at Scottsdale AirCenter, a crowd of 1,400 beautiful people, a fleet of private aircraft flanking the festivities, great food, music and cocktails, and you have the 6th annual Suitcase Party, which Jetset was proud to co-sponsor on Friday April 4th. The event’s co-chairs, Joshua Simon and Cy Brown of the Active 20-30 Club of Phoenix, had invited us to be part of this incredible event, which raises funds to help support the Phoenix Children’s Hospital, one of the best and most respected in the entire country.

We enlisted the help of a number of our corporate neighbors in the Scottsdale Air Park area, and they all graciously embraced the opportunity by generously donating fabulous prizes and food and drink which helped make the event a huge success.

Aero Jet Services provided the prize that everybody there that night was hoping to win. The event is called the “Suitcase Party” because guests are encouraged to bring a packed suitcase with them. One lucky attendee would need that luggage later in the evening, because once their name was chosen in the drawing, they and their guest would grab their suitcases and immediately board a six-seat Lear 25 which was parked just steps away, pointed in the direction of Las Vegas.

For the guests that weren’t jetting off to Las Vegas that evening, there were plenty of reasons to stay put, enjoying gourmet food stations located throughout the 25,000 square foot hangar, which had been completely transformed into a modern nightclub for the event. Premium spirits, wine and beer were being served, and aerial performers dangled from the ceiling in Cirque du Soleil style, further elevating an evening that was already epic.

With lively music and lights synced to the music, the anchor attractions in the hangar were the VIP areas of Jetset Magazine and title sponsor Lexus. Over 150 of Jetset’s advertisers and VIP guests, including Aero Jet Services’ team of charter professionals, guided the guests thru the hangar to bid on exclusive getaway trips, including one to the St. Regis Punta Mita in Mexico, along with numerous weekend getaways, including the Scottsdale Fairmont Princess and Sanctuary Resort. There was even a luxury bed from Duxiana along with a rare coin from U.S. Secure Coins available for bid.

On the runway just outside of the hangar, Aero Jet Services’ jets were invitingly displayed along with a luxury sedan from the Lexus fleet.

At precisely 10 p.m., the music stopped, the aerial acrobats took a breather, and everybody reached for their raffle tickets. The name of the contest winner was announced, and they and their guest spent the weekend living large in Vegas. Their experience started as soon as they landed in Las Vegas later that evening as they were whisked away by a stretch limousine we provided and escorted to the Wynn hotel. Over the course of the weekend, the winners were treated to a Jetset VIP experience which included indulging in massage treatments at The Spa at Wynn, enjoying an exclusive private dinner at Wynn’s renowned SW Steak House and receiving VIP seating at the electrifying Le Rêve show. It was a dream-come-true weekend in Vegas delivered in true Jetset style.

In addition to the trip to Vegas that was raffled off that evening, Jetset Magazine provided two more glamorous getaways that were auctioned off: A weekend trip via private jet to the Enchantment Resort in Sedona, Arizona, and a one-week penthouse resort and spa experience at the Sparkling Hill Resort in British Columbia, Canada.

The 2014 Suitcase Party will go down as the grandest and most successful yet. The party raised over $200,000 for Phoenix Children’s Hospital, which shows, once again, the reach, influence and effectiveness of the Active 20-30 Club of Phoenix. Kudos to them, and a special thank you for the generous contributions of our loyal advertising partners who made the night memorable and special.

Pack a suitcase and join us next year at this time when we roll out the red carpets and do it again. You never know where the night could lead you! 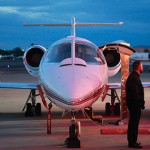 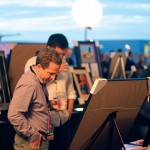 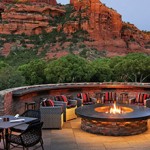 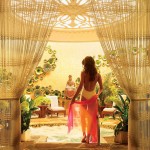 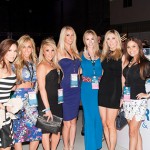 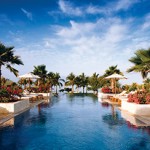 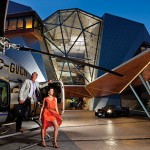 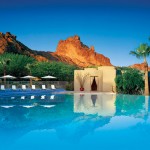