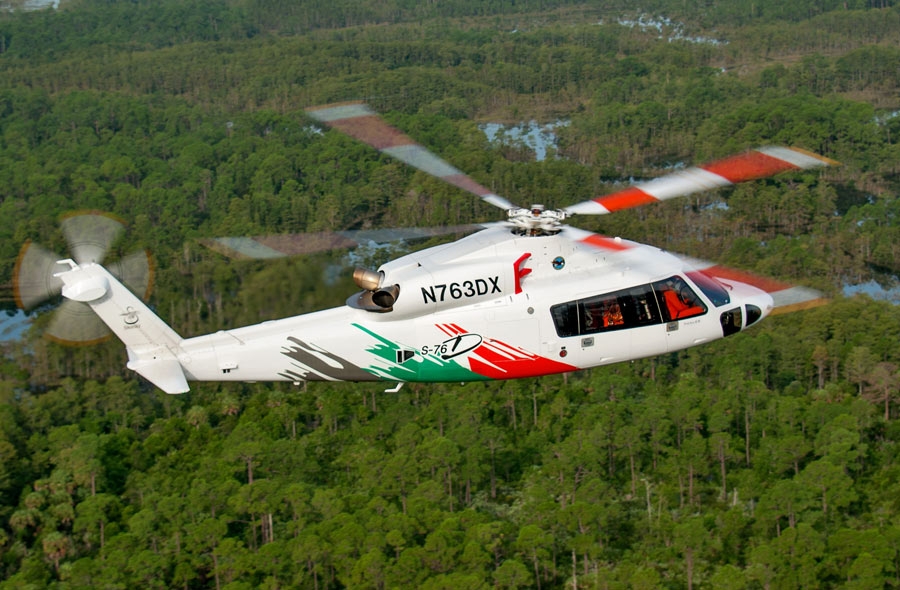 Sometimes, your fixed wing aircraft is the best choice to get you where you want to go.

But there are other times when traveling by helicopter is a faster, more convenient option. To simplify the process, Associated Aircraft Group (AAG), a subsidiary of Sikorsky Aircraft Corporation, offers a fractional helicopter ownership program called Sikorsky Shares™.

AAG President Scott Ashton described some of the advantages of traveling by helicopter. “With fixed wing, you’re typically looking at airports with 5,000 foot runways.” He’s a fixed wing pilot himself with 2,000 hours of airline transport experience, so it’s a topic he knows well. “With a helicopter, we can get into much smaller airports or somebody’s front lawn, areas that you can’t get into with the fixed wing. Washington DC is a great example of that. In addition to Reagan National, we also have access to some of the smaller airports right around there that are a lot more convenient.”

He explained that most fractional helicopter owners fall into one of three camps. “One is a corporate flight department that uses us for supplemental lift. We’ll either be their primary helicopter solution or they have a helicopter and they’ll use us on an as-required basis if their helicopter is down for maintenance or if multiple people want to use the helicopter at the same time. We provide their surge capacity.”

“Our other owners are high net-worth individuals and smaller companies that use helicopters for business. For example, real estate developers may use the helicopter to scout out new locations, to get back and forth to New York City or to get on their fixed wing at a regional airport. The third subset is people who use it for leisure travel back and forth to the Hamptons or the Berkshires or wherever their leisure time is spent.”

AAG operates out of the New York City area and can transport passengers as far north as Maine and as far south as Washington DC. For its fractional program, AAG operates three, seven-passenger Sikorsky 76C aircraft. “They are state-of-the-art VIP helicopters,” Ashton explains. “The 76 is roomy. It’s comfortable. It’s kind of like the Gulfstream of helicopters. It’s a really nice experience for the passengers. We operate at all of the major FBOs and a lot of the time we’ll operate out of a corporate helipad and we just take the executives and go.”

He explained how the Sikorsky Shares fractional program works. “There’s an upfront capital cost where you buy an undivided interest in the aircraft. The second part is a monthly management fee which effectively covers all of the fixed costs of owning that share. That covers the pilots, a fixed portion of the maintenance, the hangar, the insurance and all of the infrastructure and overhead to operate the program. Then there’s an hourly charge that covers the direct operating cost of the helicopter.”

He explained that AAG’s minimum fractional ownership is a one-sixteenth share. “That allows you access to 75 units a year. A unit is designed to be about a 30-mile concentric ring around Manhattan. It’s occupied pricing. You pay for the time that you’re actually in the helicopter, so there’s no deadhead, there’s no repositioning. We bear all of that risk as the program manager.”

AAG also offers the Excalibur Card™ as a way to bridge the gap between ad hoc charters (which the company also offers) and fractional ownership. “You put so much on account, and we just draw down on the account depending on what you use,” Ashton explains.

He says that safety is a top priority at AAG. “We’re part of United Technologies and Sikorsky Aircraft, and they’ve got a very low tolerance for risk, as do I, so we’ve implemented a lot of safety programs that go above and beyond the minimum FAA requirements. We’ve been certified by a group called IS-BAO which sets the international standards for business aviation operations.”

When asked how much notice a fractional owner needs to give AAG, Ashton responded, “There’s what’s in the contract and then there’s reality. When somebody calls us up and has a last-minute request, we do everything we can to meet that request. One of the basic underlying tenets of our business is that it’s just not in our DNA to say no.”