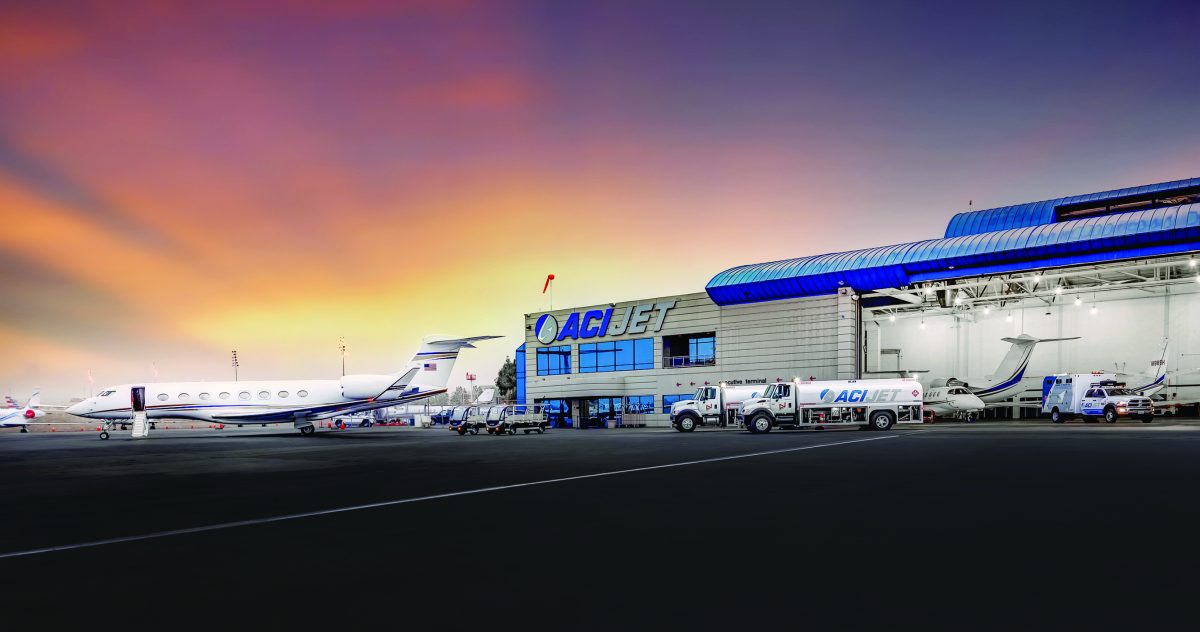 Since being awarded the lease at Santa Ana’s John Wayne Airport (SNA) in the spring of 2017, ACI Jet has attracted 14 new aircraft that now call the FBO home. As part of the competitive bid, ACI Jet promised that it would rapidly increase the tax revenue and it has done just that. Today, ACI Jet has quickly become the FBO of choice for those desiring to base their plane at SNA. These aircraft have a combined value of over $200 million in assets which contribute to the property tax roll for Orange County and therefore benefit the whole community.

The thrust behind this rapid climb is Ms. Avriel Tomaiko, Client Relations Manager for ACI Jet at SNA. Locally known as the “Queen of the Jets,” Avriel has worked for some of the premier real estate companies in Southern California, including Berkshire Hathaway. Licensed with the California Department of Real Estate at the age of 22, she is a shrewd negotiator, and her years of real estate experience and brokering transactions have proven to be an effective foundation for leasing hangar space to jet owners and operators. Her unique shared hangar concept and style have been described as a “win-win-win approach” by ACI Jet CEO William “Bill” Borgsmiller. It allows more aircraft to be based at the FBO, allowing lower rent for the owners, and providing an increase in the property and fuel taxes for Orange County. 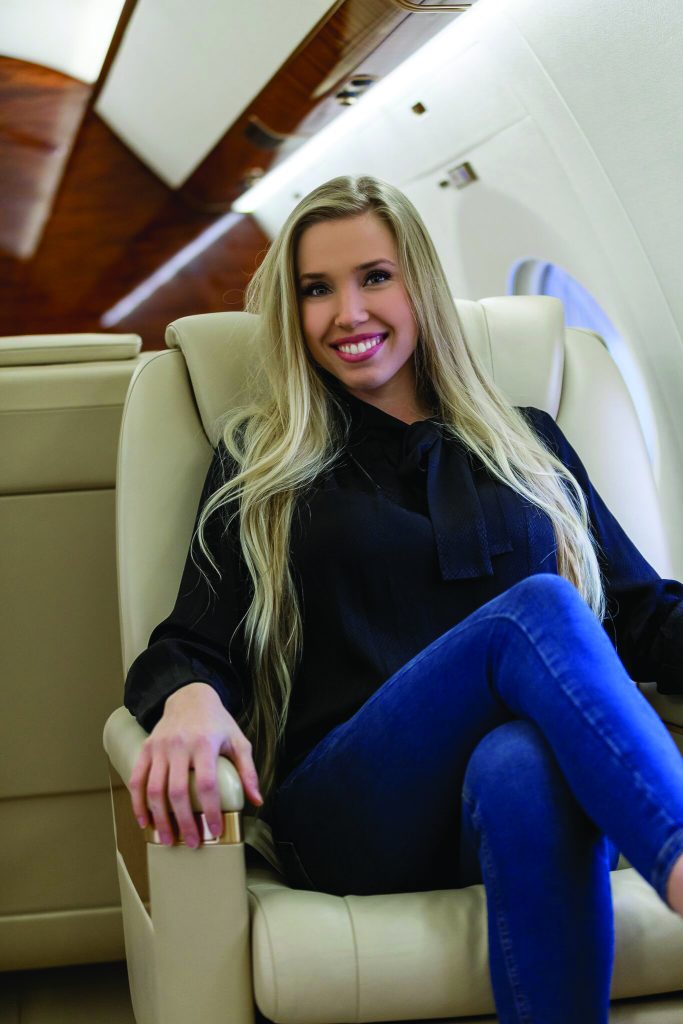 Joe Daichendt, ACI Jet Orange County General Manager, who has successfully turned around numerous struggling aviation properties and FBOs, states that, “Avriel is one of a kind and will be a contender for the ‘30 under 30’ for being influential in our industry. I have been a part of numerous turnarounds in commercial real estate and aviation and I have historically been the lead with deal making, but with the turnaround of John Wayne Airport, I had to stand back in awe of how her skills and abilities far exceeded mine.” In a short time, Avriel has made a significant impact on the aircraft coming to John Wayne.

Being in the spotlight is not unfamiliar territory to her. As a pageant contestant, Avriel was crowned “Miss Southern Coast USA 2017” and competed for “Miss California USA.” Also an accomplished tennis player, she was a State Champion, a Regional Doubles Champion and a California Interscholastic Federation Champion. She was also a NCAA Division 1 college athlete who received her degree in Broadcast Journalism. Still an athlete at heart, she is a fitness fanatic in her free time and also participates on the ACI Jet softball team. Never completely breaking away from aviation, she also takes advantage of ACI Jet’s employee flying club program, and plans to earn her pilot’s license with the hopes of one day flying her own personal jet.

As anyone can see, Avriel has accomplished a lot prior to becoming “Queen of the Jets.” It is probably best summed up by John Griffin who is the Director of Operations for a Gulfstream G550 based at ACI Jet. He explains that his flight department made the switch to ACI Jet in large part because of Avriel Tomaiko. “She is a humble, hardworking professional. One day we can be working a fuel contract and the very next she is greeting my passengers at the plane and helping to carry passenger luggage.”

ACI Jet is a leading California-based business and private aviation service company, enabling aircraft owners and operators the freedom to focus on their businesses rather than their travel accommodations. Organically grown from a single aircraft operation to a multi-base fleet operator, and privately owned since its founding, ACI Jet is the premier provider of aircraft ground support services, maintenance and inspections, full-service aircraft management and private jet charter services on the West Coast.