The Top 10 Most Expensive Private Jets 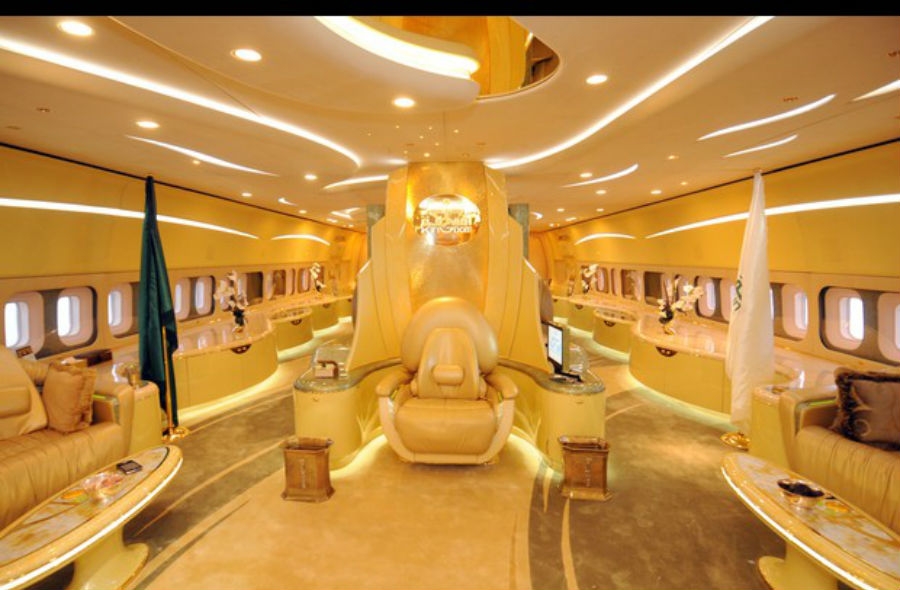 The most expensive private jet and definitely the most exclusive plane on our list belongs to Prince Al-Waleed bin Talal. An ordinary Airbus A380 is the most expensive commercial aircraft selling at approximately $400 million this year. The lavish customization for the prince will raise that price to over $500 million. So if you have thought that the Prince’s 747 (4th in our list) is outstanding, wait till you hear about the so called ,,Flying Palace’’ the new Airbus A380 will accommodate inside. The plane, which is expected to be delivered this year, is said to have a concert hall, a Turkish bath, a garage for a Rolls-Royce and even a prayer room with electronic mats which automatically rotate to face Mecca. This aircraft is owned by the richest man in Russia – a billionaire Alisher Ashmanov. Besides the spectacular and luxurious exterior paint job, the plane carries the name ,,Bourkhan” as it has been named after the Alisher Ashmanov’s father. It is the largest private plane in Russia, even bigger than the President Vladimir Putin’s Ilyushin Il-96.

The original price of the plane was $238 million, however, according to Bloomberg.com, the final cost is estimated to vary from $350 to $500 million considering the interior decoration and technology implemented. 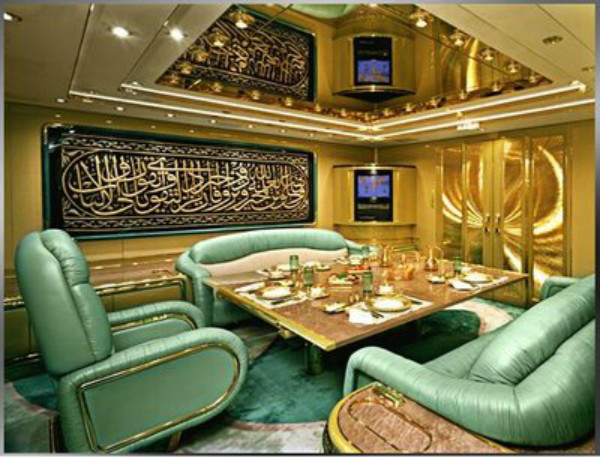 The other 747 on our list belongs to the Sultan of Brunei – one of the richest monarchs in the world. The original price of the plane was around $100 million and the Sultan has spent in excess of another $100 million on updating its interior which screams luxury with gold details all over the plane. A living room, a bedroom and a bathroom are all decorated with gold and crystal, featuring washbasins made out of solid gold. 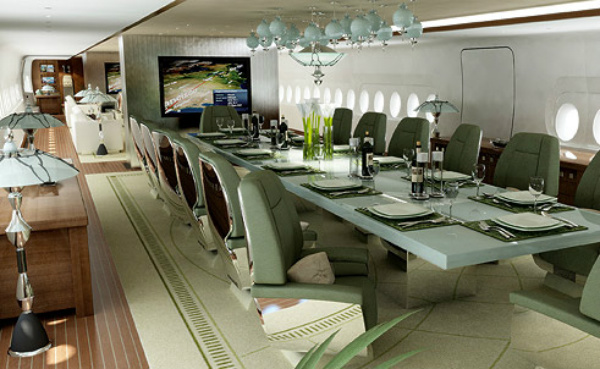 This 747 which was originally configured to seat more than 400 people belongs to the Prince Al-Waleed bin Talal of Saudi Arabia. The Saudi prince bought this plane in 2003 and afterwards had it customized to fit his own needs. Two luxurious bedrooms, a dining table for 14 people and a throne in the middle of the plane most likely remind the prince of his home palace while travelling. 11 flight attendants are on-board to ensure a consistent well-being of the prince. 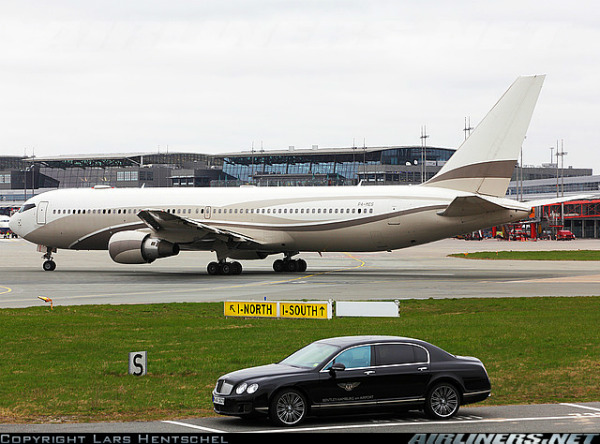 This 767-33A/ER, also known as the “Bandit“ due to its cockpit paint detail, belongs to the Russian billionaire and the owner of Chelsea football club – Roman Abramovich. The plane, which was originally meant to accomodate up to 300 passengers, could transfer a whole team from game to game with no trouble. With a nice paint-job on the outside, the plane‘s interior is reported to be outfitted with chestnut and decorated with gold. It is also said to feature a dining facility for 30 people and an anti-missile system to provide additional security. 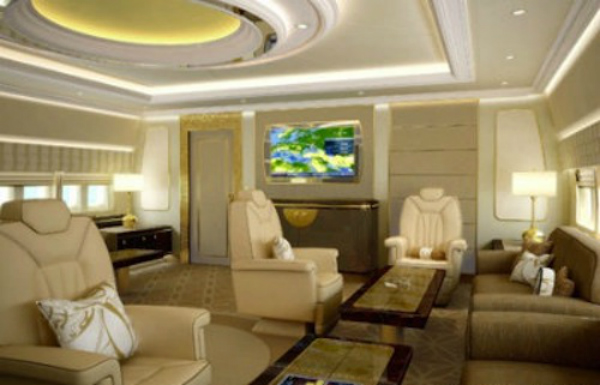 This VIP model of Boeing 747 is owned by the Hong Kong real estate tycoon Joseph Lau. This one of the top 10 most expensive private jets is called ,,Dreamliner” features exclusive design in hand with all the latest technology to ensure the VIP class travelling experience throughout the entire flight. Some of the interior solutions include such features as vaulted ceilings, spiral staircases and video displays on walls. 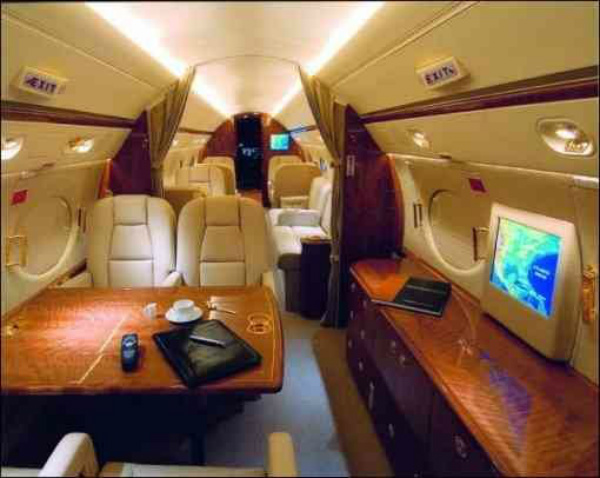 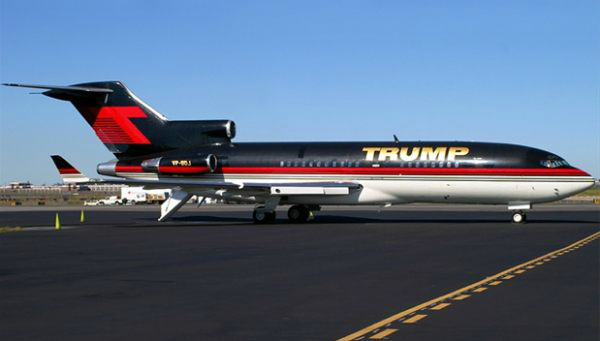 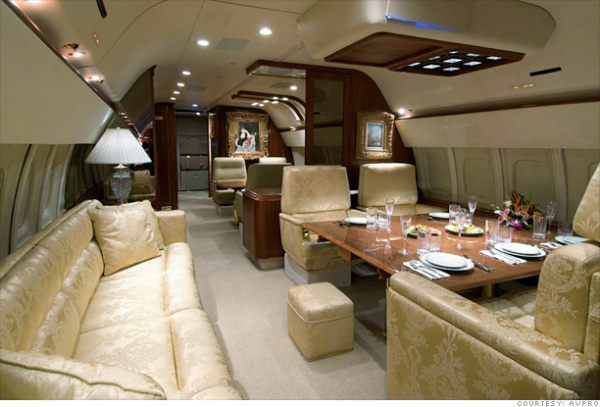 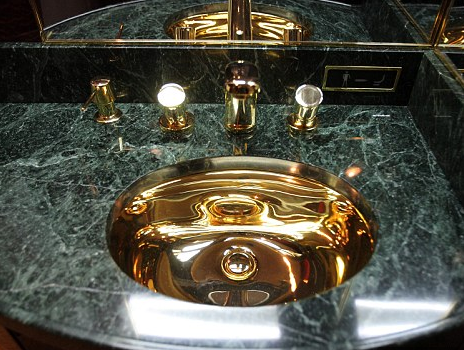 Thanks to the boldly written name on the side of the plane you will make no mistake in answering the question about who the owner of this Boeing 757 is. The famous business magnate Donald Trump bought this previously used plane from the Microsoft co-founder Paul Allen and has to date made luxurious customizations to suit his own style to make it one of the most expensive private jets ever. Inside there is a master bedroom with a work desk and an integrated home theatre system, a television room featuring a 52in flatscreen TV with a control box giving access to over a thousand of Trump’s favourite movies, not to mention a bathroom with a circular shower. The lavish interior features golden fittings all over the plane, including the gold plated seat belt buckles in the main and guest cabins as well as a gold plated sink and faucets in the bathroom. 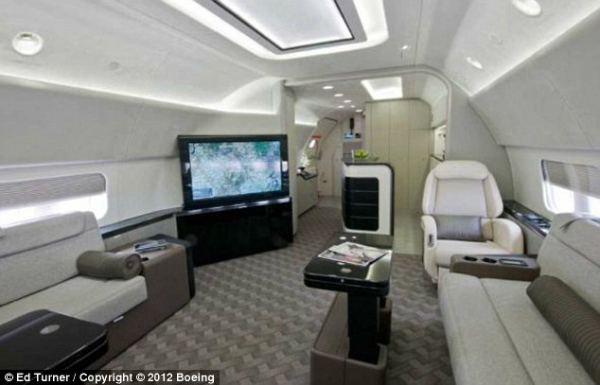 This customized 737, which was presented at the Asian Business Aviation Conference & Exhibition last year, is owned by an undisclosed U.S. businessman. The original price of the plane was $57million, but the interior modifications have increased the final cost to around $80million. The plane can carry up to 19 passengers with sleeping facilities for 8 people. Besides a king-size bed in the bedroom, there is a fully equipped kitchen, a bathroom with shower and a conference room featuring connectivity for smartphones and computers, and a high-definition video system with surround-sound audio for entertainment. 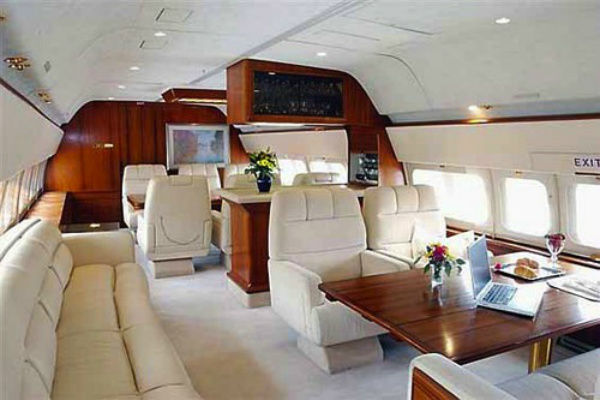 At the end of our list of the most expensive private jets – the gorgeous Boeing Business Jet 2 owned by the India‘s richest man Mukesh Ambani. This plane, which has a 1000 square feet of space and accommodates an executive lounge with a boardroom seating and a private suite with a bedroom and a bathroom, truly has what it takes to be called a “Flying Hotel” and satisfy the billionaire’s both business and personal needs while flying. 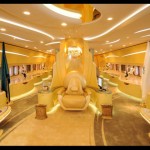 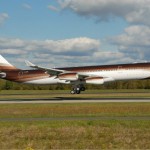 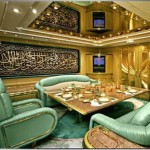 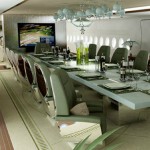 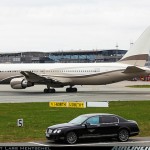 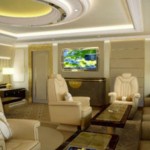 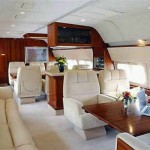