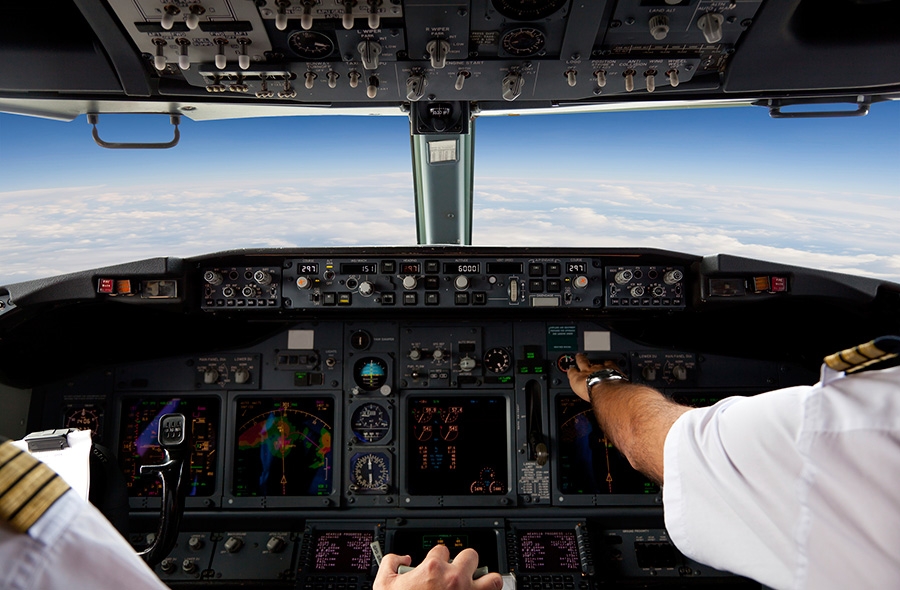 First Officer Bill Harman and I walk up to Starbucks from gate 17 for our last cup of coffee of the evening.

I say “our” last cup, but Bill won’t drink coffee this late at night. It’s 21:10 and our flight from Charlotte to Lexington departs in 45 minutes. We have just enough time to grab my coffee and get back to our gate to start the boarding process. During our walk back we discuss what our plans are for the weekend, and also discuss the en route weather, of which there is none. Clear skies all the way to Lexington, and once we reach our final cruising altitude we’ll be enjoying unusually light winds off the nose. For the passengers, this flight is going to be smooth, quick, and uneventful.

Pilots typically swap trips throughout the day. For instance, Bill flew our first flight from Newark to Dulles, and I flew the next flight from Dulles to Charlotte. It’s now Bill’s turn to fly. We get to the plane and I let Bill know that I will do the aircraft inspection called the “walk around” since it’s his leg and it allows him more time to get situated. We board the flight, complete our before-start checks, and receive our clearance to taxi to runway 36 Left.

The tower clears us for takeoff, and I hand the controls off to Bill. “Your controls.” “My controls,” he responds, and smoothly applies power to maximum thrust.

The beautiful thing about a take-off is its similarity to a well-orchestrated ballet. Flight crews regularly spend hours in a simulator running all types of adverse scenarios, where every outcome must end safely; each step planned, rehearsed, and even anticipated, so there is never any doubt in how to move forward if there is a change in the “dance” sequence.

As we accelerate down the runway, I call out “V-R” which lets Bill know we have flying speed. He pulls back gently on the controls and we lift off gracefully into the clear night sky.

An hour later and about 150 miles out of Lexington, Air Traffic Control initiates our descent. Because Bill is flying, he is in charge of steering and thrust settings. I handle everything else being the “non-flying pilot”. Bill calls for the descent checklist which I perform. I brief the passengers of the current Lexington weather and let them know that our arrival will be ahead of schedule. “Descent checks are complete.” Bill slows the plane about 15 miles from the airport and calls for our initial flap setting. As he turns final, aligning the aircraft with the runway centerline, he calls for the landing gear down, flaps to “20” and the landing checklist. I select the gear down, flaps to “20” and grab the landing checklist. “Landing gear down and three green” I state as I have a thousand times before. But, as I am looking and pointing at the gear indicator, this time I see we have only two green and an amber gear in-transit light on the right main landing gear. “Correction, right main in-transit light on”. Bill looks down, looks back at me and states “confirmed”.

The gear in-transit light means that the gear down-and-locked sensor does not see the gear in the up, or in this case, the down-and-locked position. Bill asks me to cycle the gear. This is where we select the gear back up and then down again. I mutter an expletive to myself as the result is the same. “Two green and an amber light on the right main.” “Verified,” he replies. At this point we are less than five miles from the airport and we have just been handed off to the tower controller. “Okay,” Bill says, “let the tower know we have a gear indication problem and that we want to initiate a holding pattern to sort this out”. I comply, and Bill calls for the emergency checklist. Although we both know what the emergency gear extension procedure is, we are required to read it and perform it per the emergency handbook. We perform the checks ending with a simple process of manually pumping the gear down. The gear indicator is still showing amber. “Well,” Bill says, “how about we ask the tower for a fly-by to check the gear”. “Okay,” I reply. A minute later I tell Bill the tower is expecting us, and brief the passengers of our situation.

We turn back towards the airport and descend to a low enough altitude so that the tower can get a good look with their spotlight.

We fly by the tower twice, and with the aid of their spotlight, the tower advises us that the gear appears to be down.

“You guys going to need assistance?” asks the tower. That is their way of asking if we want them to roll the fire trucks and emergency equipment. In the interest of safety, the answer is yes…and as Bill is on his way to upgrading to captain soon, it will be good for him to get used to making command decisions. I look over to Bill for an answer, and he nods his head yes. I let the tower know that we are declaring an emergency.

“Bet it’s the microswitch” says Bill eyeing the flashing lights below of the emergency vehicles streaming towards our runway.
The microswitch Bill is referring to is on the undercarriage that signals whether the landing gear is fully extended or not. When the gear is down and locked we see a green light. Anywhere between the up-and-locked or down-and-locked position we see an amber “in-transit” light. If the switch fails, it defaults to the amber “in-transit” light.

Although we both believe it to be the switch and that the gear is really down and locked, airline procedure is to always err on the side of safety. Therefore, with that in mind, we want to land with as little fuel in the airplane as possible. This aircraft does not have a fuel dump system, so we ask to fly a bit to burn off fuel.

While we are burning off fuel, we discuss the landing. We both agree that since I have more experience, I will land the plane. The touchdown needs to be as smooth as possible in the event the gear is not locked down. We circle back towards the airport for our final approach. Turning final, the runway looks like a Christmas tree due to the flashing lights of the emergency vehicles lined up on both sides of the runway. Bill looks at me smiling, “all that for us…”
We touch down as smoothly as possible and roll to a stop. Emergency vehicles approach from both sides as we begin to deplane. A terminal bus is waiting for us and pulls up next to the aircraft. They board the passengers and whisk them off to the terminal.

Subsequent examination of the aircraft showed that the wire connecting to the microswitch had come loose, rendering the microswitch unreliable, which in turn signaled the amber default message in the cockpit.

This event is one example of a failure of one minor system. Our problem was not that of the landing gear, but of the indicator. Today’s airliners are built with safety being the priority. Airline manufacturers have a term “safety with redundancy” which provides for a backup system should the primary system fail. In some cases there is even a third and sometimes a fourth backup measure. Examples of those will follow with future blogs.

“The safest place in the world is on an airplane” 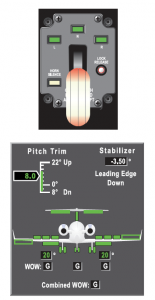 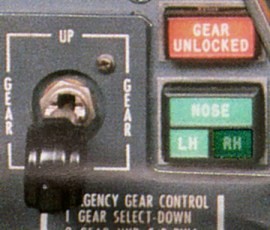