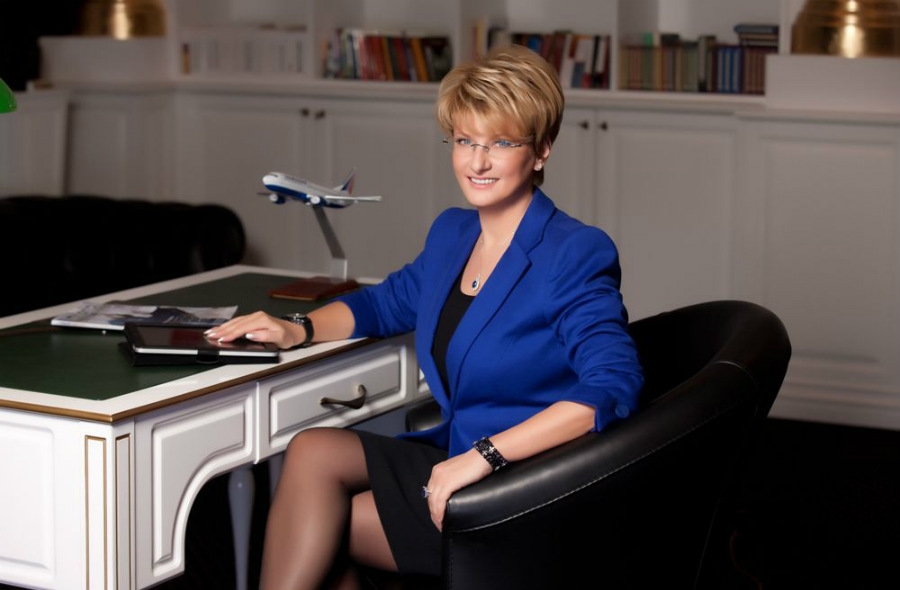 In several ways, the Russian airline company Transaero is representative of Russia as a country in the post-Soviet era.

They have a youthful, modern and thriving energy, with a desire to explore this rich, vast world so new to them. Their commitment to implementing western standards for Russia’s airline industry, their loyalty to our very own Boeing, and the company’s jet speed growth led by a woman, are hugely impressive and inspiring. My interview with Transaero CEO Olga Pleshakova in Moscow enlightened me on the company’s rapid expansion, some growing pains along the way, and her devotion to helping others in need.

As usual, I conducted my due diligence research on Transaero and Pleshakova before the recently scheduled interview in Moscow. Naturally, I had formed a picture in my own head as to what Pleshakova would look like and how the interview would go down. I expected an old, stern Russian woman dressed in a dark grey suit to storm into the office with bodyguards armed with automatic weapons. I expected her not to smile nor show any inkling of a personality while she allows me to ask two questions, no more, which she pre-selected. Wrong I was. Pleshakova is a lovely, sophisticated woman who warmly greeted me and welcomed me into her office where she was open and willing to discuss all of my questions.

Yes, you read correctly. The General Director, or CEO, of the only privately-owned Russian airline company is a woman, and the first woman to earn the highest position in the Russian aviation industry of all time. Deservingly so. Pleshakova earned a Ph.D. in engineering from the Moscow Aviation Institute, and has climbed the ladder within Transaero since 1992, up to her current position as CEO which she attained in 2001.

“There was never a single instance when I had to prove myself,” Pleshakova answers when I asked of her rise to this top executive position in a male-dominated industry. Questions of acceptance and equality often arise for Pleshakova, yet she reminds me, “This professional level does not depend on whether you are a man or a woman.” She confidently admits, “I never had to apply special efforts to prove my competency.”

I asked Pleshakova what social changes she has noticed in Moscow in the recent decade compared to Soviet times. “Moscow is a modern city,” she illustrates, “and Russians are more active. The youth all know English and the state of mind and attitudes have changed, in general, for the better.” She describes how Russian citizens now have “a more open and friendly approach towards foreigners.”

“In the more recent decade, Russians converted themselves into active tourists,” Pleshakova says. “It is a manifestation of Russian society, and evidence of economic stability.” The world has noticed more Russian presence and wealth wherever there is a presence of wealth to be found. Popular destinations and vacation spots include St. Tropez, St. Barts, Cancun, Miami and Dubrovnik. Pleshakova reacted to this need by “creating a high-quality product in demand,” to meet the growth in both tourist and business passengers. Transaero takes first class up a notch with its Imperial Class. Worth mentioning in Imperial Class are the Café Pushkin gourmet cuisine and seats that recline 180 degrees into beds.

As an American, I had to thank Pleshakova for Transaero’s purchase of so many Boeing aircrafts, which included an order of an additional 21 Boeings this year alone. “We are a faithful Boeing client and we will stay a loyal partner of the U.S. manufacturer in the years to come,” she says. This decision was easy for the company due to Boeing’s incomparable quality of product and service, especially in Transaero’s first decade of operations. However, this decision has been frowned upon by the Russian government who has attempted, in its own way, to encourage her decisions to buy Russian-made aircrafts by implementing high customs duties. “Duties on foreign-produced aircrafts were up to 42 percent, and that was at the time when there were no Russian-produced aircrafts to purchase,” Pleshakova tells me. Government reform in more recent years has revised customs charges and now about 90 percent of their aircraft purchased is completely duty free. As Pleshakova stated so democratically, “Only competition can lead to a stable development.”

Since Pleshakova was appointed CEO, the carrier has turned a profit every year since 2002. The number of routes has expanded to 160, which includes New York, Miami and Los Angeles. The number of passengers has increased every year since their first flight in 1991, totaling almost 8.5 million last year, according to the company’s 2011 annual report. For this and numerous other accomplishments too long to list, the company and Pleshakova herself have won several awards and recognitions. “All the achievements of Transaero are inseparably associated with her name,” stated Prime Minister Dmitry Medvedev as he awarded Pleshakova with the state decoration and an honorary degree for her work in the Russian transportation industry.

Most impressive to me personally was Pleshakova’s generosity and devotion to charity that she has implemented for her company as a whole. One foundation offers a special flights program to WWII veterans. Another children’s program “organizes transporting children in need of treatment to Moscow or foreign clinics, and doctors delivering material for transplants.” The corporate volunteer program encourages employees from different regions in Russia to become involved in “projects designed to assist disabled children suffering from cancer, and help orphans adapt to life in society.”

Pleshakova was proud to point out a few pieces of art in her office. I expected them to be part of a priceless collection, and in a way, I am sure to Pleshakova they are. There was this huge, framed colorful map of the world she has showcased at the entrance of her office. Smiling, she went on to describe that the map was a gift made by the children from one of the charities they are involved with. It’s a happy map, colorful with smiling jets. She was again excited to point out another masterpiece. This one was a Transaero model airplane decorated with vibrant colors. Another thank you gift from yet another children’s charity they sponsor. Pleshakova explained how each child was able to paint something on the airplane, and how the youngest children who were not able to paint, were at least assisted in giving a finger imprint with paint on the model: tiny polka dot fingerprints. There is public access to company financial figures and press releases on Transaero’s charitable contributions, but Pleshakova showed genuine pride in her artistic gifts only when I asked about them.

As you can imagine, Pleshakova is well traveled. She has traveled to the Far East and remote locations in Asia, complimenting their excellent service and spas. Pleshakova admires the charm of European cities with their narrow, winding roads and ancient architecture. However, appreciates the modern wide roads and highways in America. “I like Dallas, Chicago and how the sun goes down in California,” Pleshakova says with a smile. “I travel extensively, but I have not been to South America nor Australia yet.”

Pleshakova herself is representative of the modern Russian woman. First and foremost, she is intelligent, experienced and confident. Additionally, she exudes warmth, grace and the ever so important trait of compassion. Others have taken notice of her greatness as she is often at an event with high government officials such as Putin and Medvedev, receiving an honorary award, or at a charity event.

Congratulations to Olga Pleshakova for a job well done. You are an inspiration to us all as an individual, and as an executive who has led your company to all its successes. We will be watching as you continue to spread your wings and soar. May I suggest that Ms. Pleshakova run in Russia’s next presidential election? If you can do for Russia what you have done for Transaero and your charities, the world will be a better place. 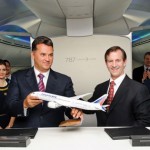 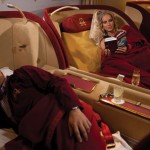 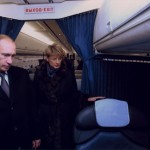 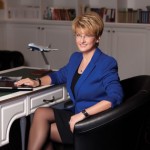 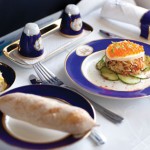