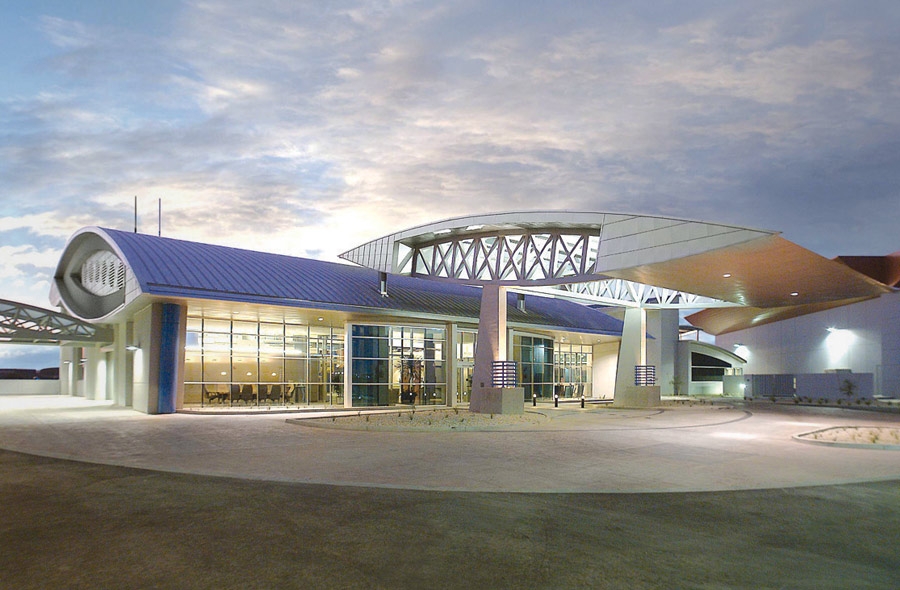 The city of Scottsdale is known for its beauty and great weather eight months out of the year, but when it comes to flying into town, there really is only one spot that takes you right to the heart of it: Scottsdale Air Center.

This FBO has been in operation since 2002, and in that time has made quite a dent on the industry, becoming one of the foremost destinations for private jet travel. But what makes this airport so special is really what sets it apart.

First, Scottsdale Air Center is a private facility, meaning that it doesn’t have to maintain the same types of regulations that a traditional commercial airport has to adhere to. One example comes from Tommy Walker, the general manager. “For instance, the lobby is big. We wanted to make the minimum distance between your car and your airplane, from the front door to what we call the back door.” A customer can drive up to a covered parking area, walk out and then go straight through the lobby to hit the runway in record time. It makes travel fast and convenient, two things not really found in the commercial industry today. It’s the same way on landings as well. “He gets out of his airplane and gets into his car, limo, or whatever and goes off.”

That same lobby also has other custom touches that give it an upscale feel. “For example, we have an art gallery here,” Walker says. “People can buy any of this art right off my wall if you wanted it.” That’s not all, either. One of the more popular events in the North Scottsdale area is the yearly Barrett-Jackson Auto Auction held in January, and it’s just a short drive away. “We usually have a car in the lobby because we support the Barrett-Jackson Auto Auction. So we really participate in all of the city and area functions as far as to make the airport as part as the whole community.”

The auctions aren’t the only big event to draw people to the center, either, and that’s partially due to the excellent location. “Between Spring Training and the Arabian Horse Show and the golf tournament and Barrett-Jackson, we have all of these events that happen and so it brings all the people down here in the wintertime when it’s 70 or 80 degrees here and it’s minus 10 in Minneapolis,” explains Walker.

Scottsdale Air Center is also able to handle even the largest private jet, such as the Bombardier Global express, because of it’s long runway and increased max takeoff weight. “It’s in excess of 883 feet long so people can takeoff and go wherever they want to,” says Walker. That means that should someone fly in or want to depart for a foreign country and need all of the extra space and fuel that a large private jet provides, they’re covered — and as an added bonus, Scottsdale Air Center has a customs center as well to help process people coming in from foreign lands.

So who takes advantage of these services? “We get mostly businessmen,” Walker says. “Obviously there are some wealthy individuals that have corporate airplanes that they are being able to maintain, but I would just tell you my estimate that the corporate fleet today is probably excess of 90 percent used for business purposes and they come down here for business.” And in those situations, there are some added advantages at Scottsdale Air Center that most FBOs don’t have, such as the conference room. “People come in off of the airplane, they will meet in the conference room and two hours later they will go back on their airplane and do it at some other location. So the airplane is a business tool that they are able to do 2 or 3 per day.” This makes flying much more convenient and efficient for the passengers in the process.

All in all, people who need to fly into the Scottsdale area should really consider Scottsdale Air Center as their first destination. Not only is it convenient and easy to work with, but it’s fast, and that’s something you don’t find everywhere else. Flying by private jet is the only way to fly, but when it comes time to land, doesn’t everyone want to be treated just as well? 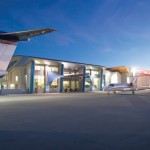 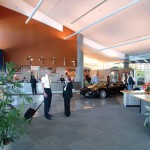 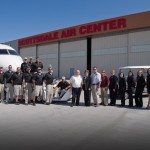 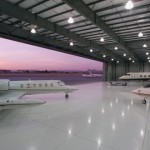