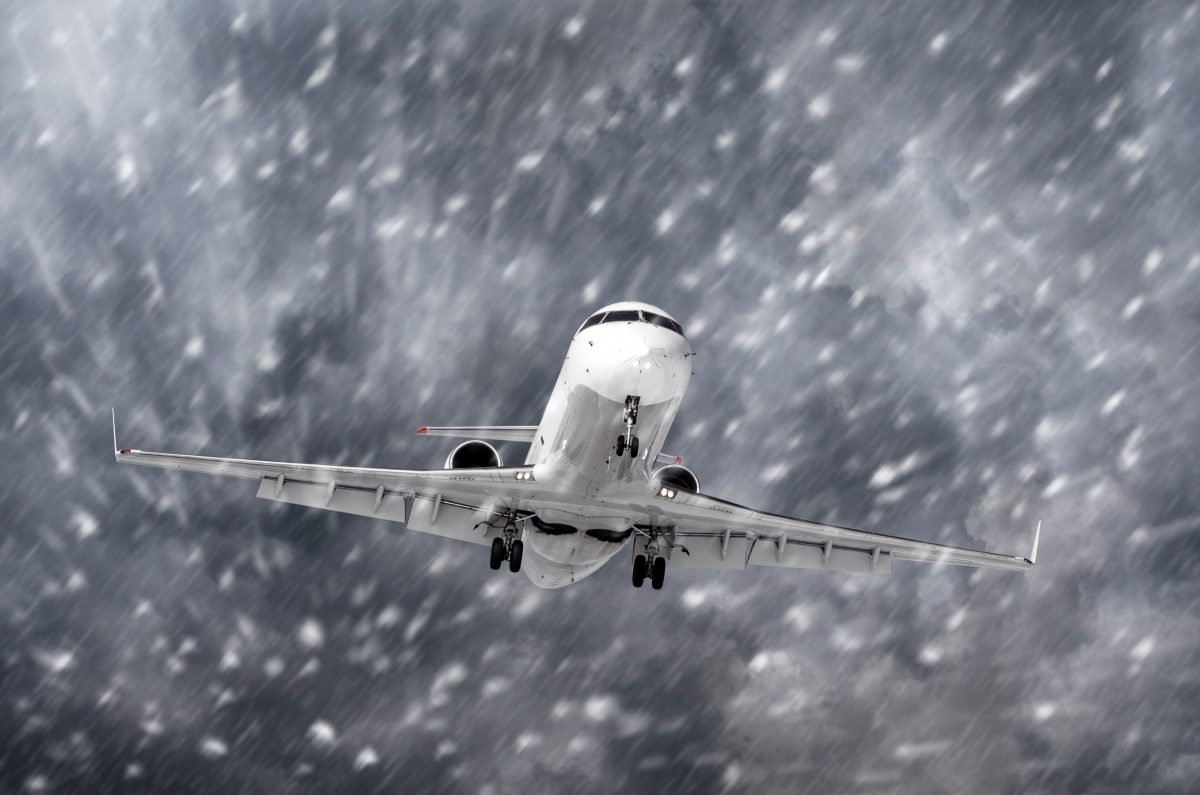 Weather is the number one cause of flight delays, according to the Federal Aviation Administration. Air travel in any type of inclement weather can be both a headache and a logistical nightmare. Some may think that private jet travel would feel the same effects of commercial cancelled flights and long waits.

However, with access to over 5,000 airports in the U.S., private air travelers have the opportunity to fly into less congested areas and have the ability to change routes to a nearby airport which may not be experiencing the same type of harsh weather. Here are some irksome weather conditions and how private aircrafts fare better than commercial. 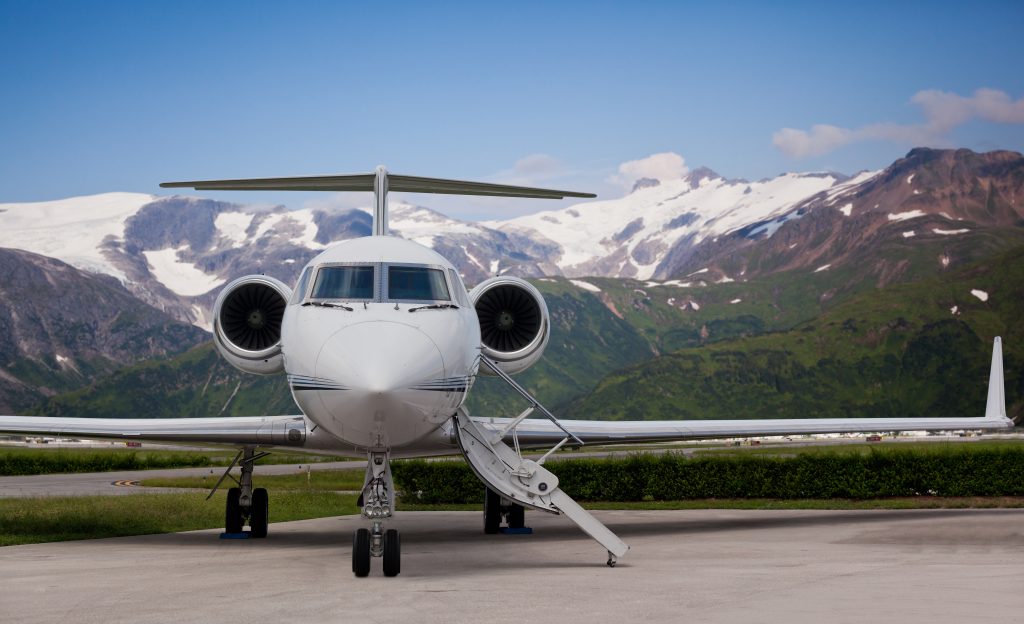 Most private jets are housed in hangars, keeping them from snow and ice buildup. Since planes are designed to deal with snowfall and freezing temperatures during flight, the main issue in this situation is the condition of the taxiway and runway. De-icing on smaller aircraft can be easier on the short, less-crowded runways, and ice can be cleared in a fraction of the time compared to larger airports. De-icing the runway and plane can be an additional cost, so it something you don’t want to turn a cold shoulder to during pre-flight discussions. In extreme situations where most commercial flights are grounded, private aircraft have a remarkable ability to resume normal flights. 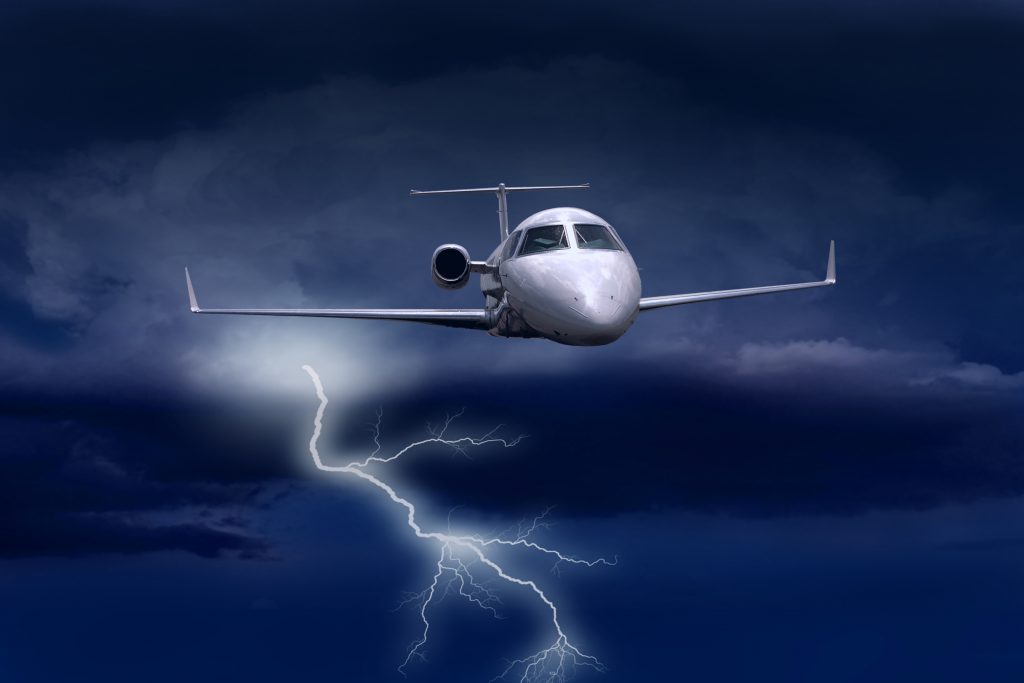 With the flexibility to change routes during a heavy downpour, a private jet can avoid a good deal of rainy weather. One thing that sometimes cannot be avoided is Cumulonimbus (thunderstorm clouds), also knowns as CBs. CBs bring the threat of lightning, which can pose a risk even while still on the ground preparing for flight. Once in flight, a pilot has the ability to rise above and fly over most of this type of bad weather to lessen its impact on the travel experience.

Visibility is another complication during a heavy rainstorm. While radar systems can keep aircraft on the right track, landing on a slick runway with minimal visibility can be cause for concern for inexperienced pilots due to standing water and its ability to cause a plane to hydroplane or skid off the runway. 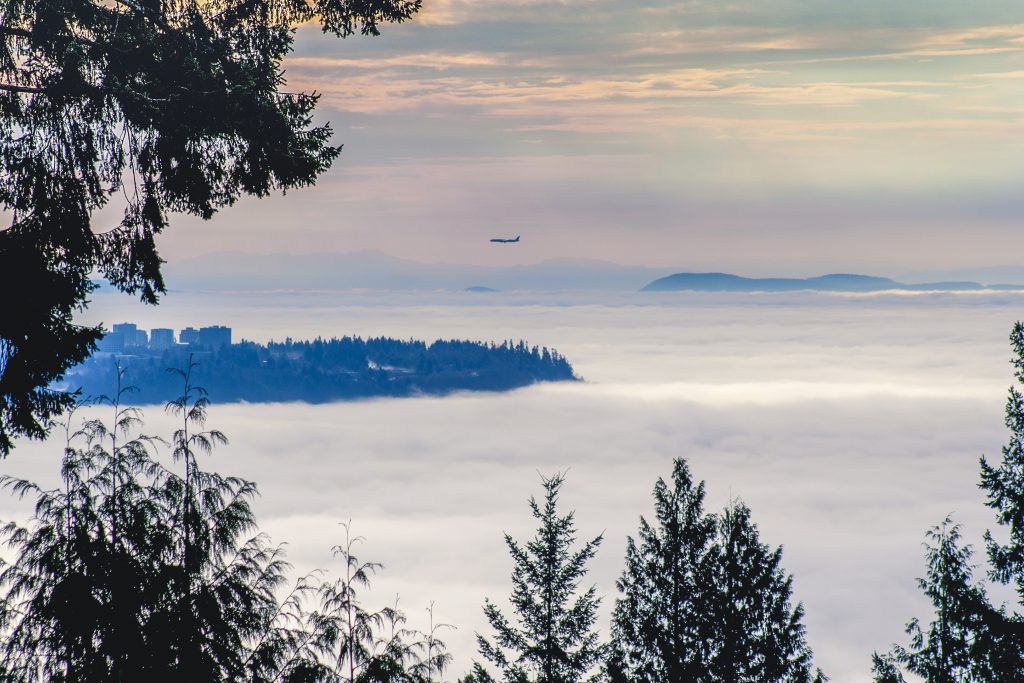 Visibility is the main culprit for causing flight delays when it comes to fog. Jet travelers may need to find a nearby airport or wait for a patch in the fog to takeoff or land. Due to limited sight, the number of aircraft taxiing will be reduced during a heavy fog and could cause a slight interruption in your travel itinerary. With a range of various options for pilots and guests to choose from, fog is one of the least intrusive forms of weather for jet travel.

When it comes to weather-related issues, jet travel boasts fewer delays than commercial. With the flexibility and choice that charter guests control, along with communication between aircraft operators, crew and flight team, travelers can rest assure that delays due to weather may only play a nominal part in their entire traveling experience. Using private jet travel, there will be no ‘snow’ worries when booking your next retreat or business trip.

Flying to Las Vegas for NBAA? Be sure to stop by booth #3459 to pick up your copy of Jetset Magazine! #NBAA #privatejet #aviation #jetset ... See MoreSee Less

Big thanks to our friends at McLaren Automotive – The Official Page for letting us spend some time with the 2021 McLaren 720S Spider. Read all about it in our next issue! #mclarenmonday #mclaren720s #supercar #jetset ... See MoreSee Less