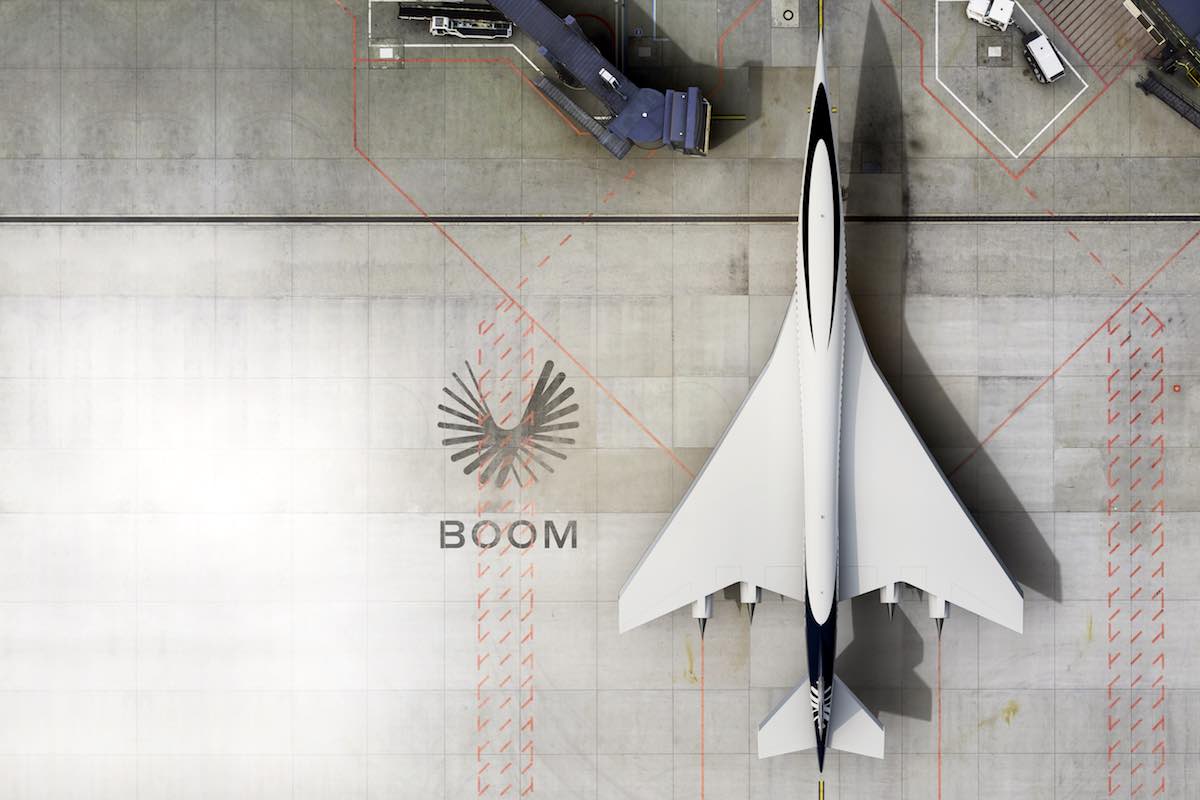 “Travel is a net good for humanity. It connects us, drives economic growth, and fosters global exchange.” —Kathy Savitt, President of Boom Supersonic

This is something all world travelers recognize: the beauty, the risk, the connection and the overall adventure that traveling encompasses. What if we implied that the nature of airline travel altogether is in position for a revolutionary change? Well, it is, with the once-praised concept of supersonic aviation.

What is Supersonic Aviation?

Supersonic travel succeeds in challenging the laws of physics. Vehicles that move at supersonic speeds are capable of traveling faster than the speed of sound. And sound travels rapidly—over 768 miles per hour, or in technical terms, at Mach 1 speed.

Have you ever heard of a sonic boom? It’s that loud, thunder-like “POP” when an aircraft traveling at supersonic speeds slices through the air. When an aircraft pushes through the layers of oxygen at supersonic speed, the air particles are separated and reunited so quickly that the force forms a shock wave. Similar to the front of a boat severing the waves before it with force, whereas the waves begin to travel outward with a ripple effect then clap together behind the boat, the same process happens in the occurrence up above. When the pressure of the shock wave releases, a loud, window-rattling sonic boom can be heard for several miles. 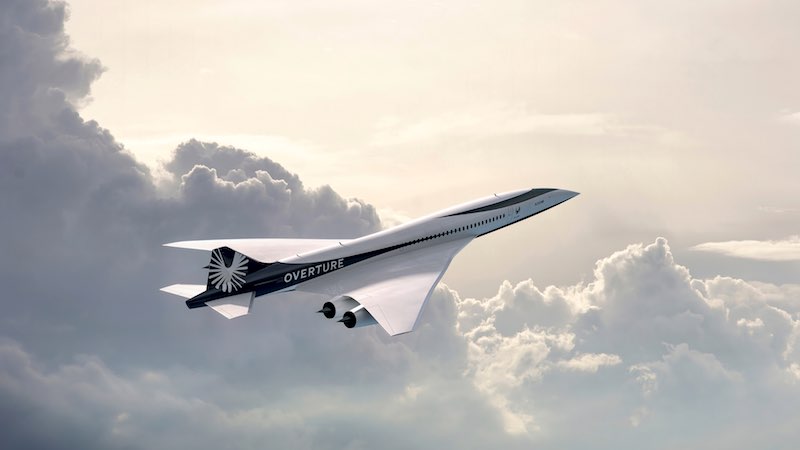 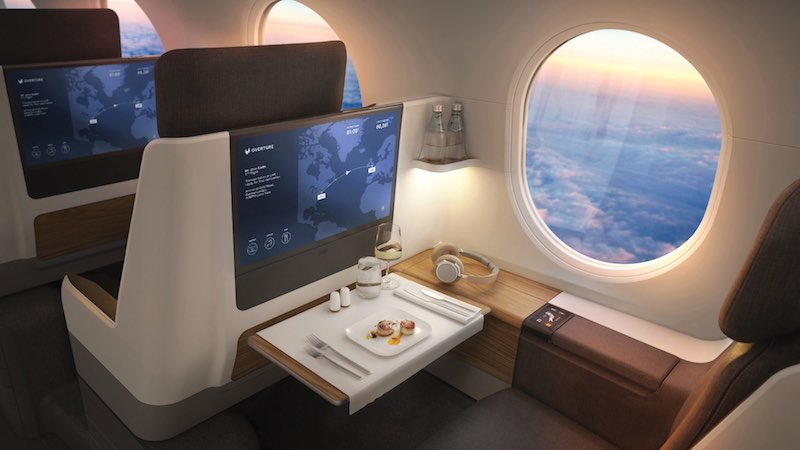 Supersonic travel also defies the concept of time. Beginning in 1969, the highly-acclaimed “Concorde” supersonic jet astonished millions of travelers as it flew passengers across the pond from London to New York in less than 3.5 hours. The groundbreaking new Concorde was capable of flying twice as fast as the speed of sound. As you can imagine, the ability to fly an aircraft faster than time zones can catch up with you was an almost unbelievable feat. The unprecedented technology would take long distance airline travel from an often-daunting experience to a revolutionary revival instantly, as the ability to land an aircraft prior to the original departure time was where the future met the moment, quite literally.

Although this life-changing innovation shocked the aviation industry and the world of travelers as a whole, there were still components to this new luxury technology that needed improvement. The Concorde executed its last flight in 2003, thanks to a series of issues such as severely-violated noise regulations, rising operation costs, decreasing ticket sales and a fatal plane crash back in the year 2000. While the aircraft once stood as the symbol of speed and luxury, the Concorde would ultimately go on to meet its destiny of expiration. 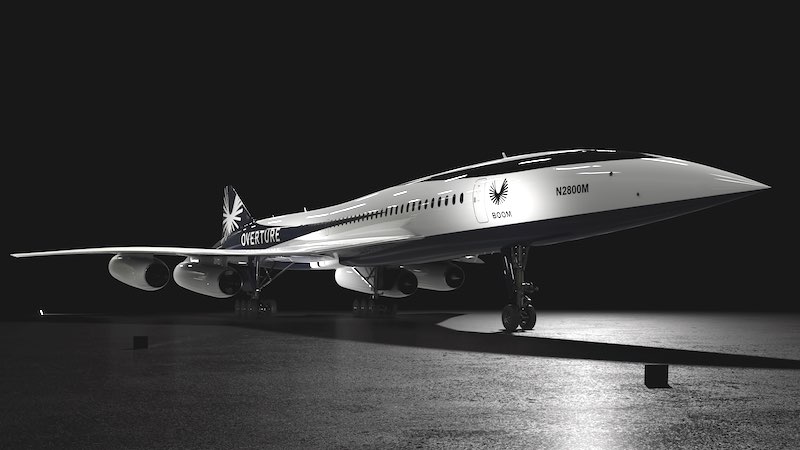 Now, nearly two decades later, the aviation industry is being shaken up once again with a new and improved form of supersonic technology. The aircraft manufacturing company Boom Supersonic is reviving the hopes and dreams of the popular supersonic Concorde with their ingenious aircraft Overture. They recently revealed their stellar design for the anticipated aircraft, and in the next few years, Boom plans to continue perfecting the process with plans to conduct their first production launch in 2024. The company’s goal is to have their first passenger flight in 2026.

This is all very exciting. However, multitudes of travelers have their own qualms with supersonic flight after what went down in history almost 20 years ago, no pun intended. Travelers need their worries put to rest in order to trust supersonic travel once again. Fortunately, Boom has been developing this design for several years. Kathy Savitt, President and Chief Business Officer at Boom Supersonic, declared, “we had to really take the time to learn, to iterate, to walk our walk,” offering further evidence that the company is taking this venture very seriously. 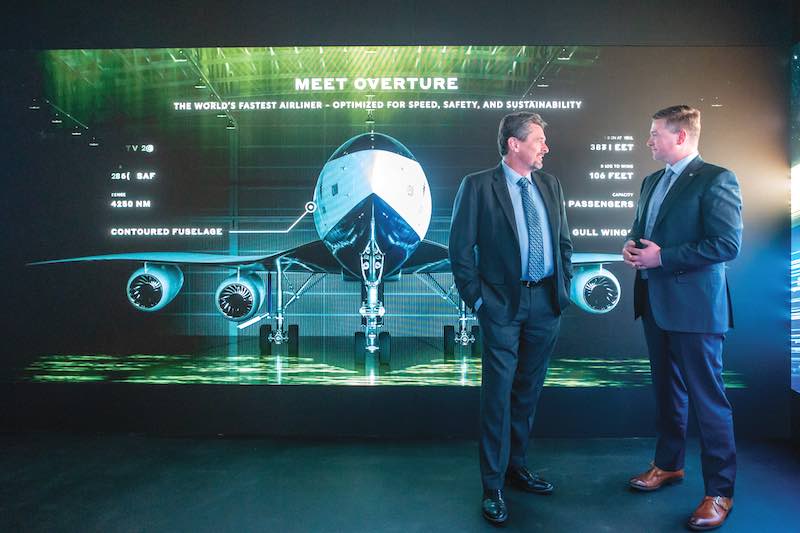 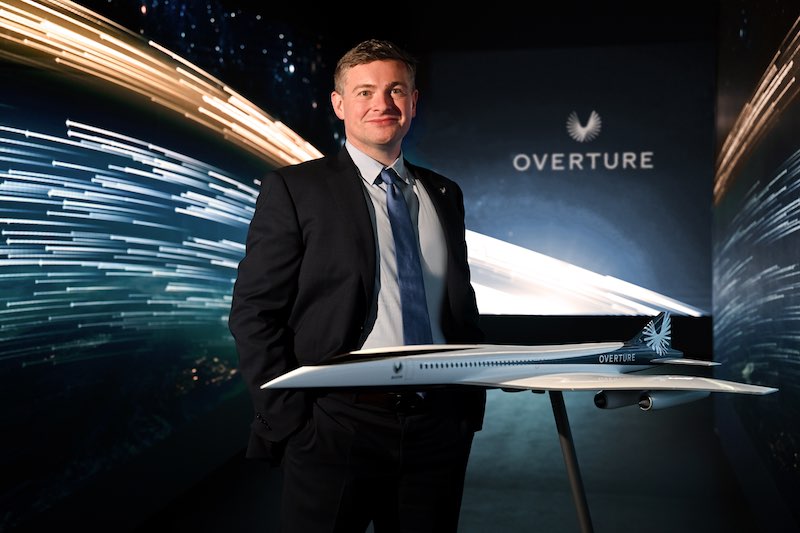 There are a few features about this aircraft that leave jetsetters in a silent awe of hope for what’s to come for the industry. First, the Overture supersonic jet can travel at a speed of Mach 1.7, significantly faster than the speed of sound. However, the once-violated noise regulations have been resolved with help from the aircraft’s large gull wings which minimize the supersonic noise effect while maximizing fuel consumption. Further technical features have been prioritized in this design, as well, such as a modified delta planform to ensure safety and efficiency, and a sleek stabilizing tail to deliver improved balance and performance. The aircraft will have a range of 4,250 nautical miles and capacity for 65 to 80 passengers.

Aside from the impressive technical features this aircraft possesses, the team has also taken extra steps to make this design safe and sustainable. Boom’s 2021 Environmental Sustainability Report includes details of their “holistic approach to environmental well-being and commitment to a scalable & sustainable future for travel.” This is being accomplished in part by using carbon composite materials and only 100% SAF (Sustainable Aviation Fuel).

How Does This Impact the World of Aviation? 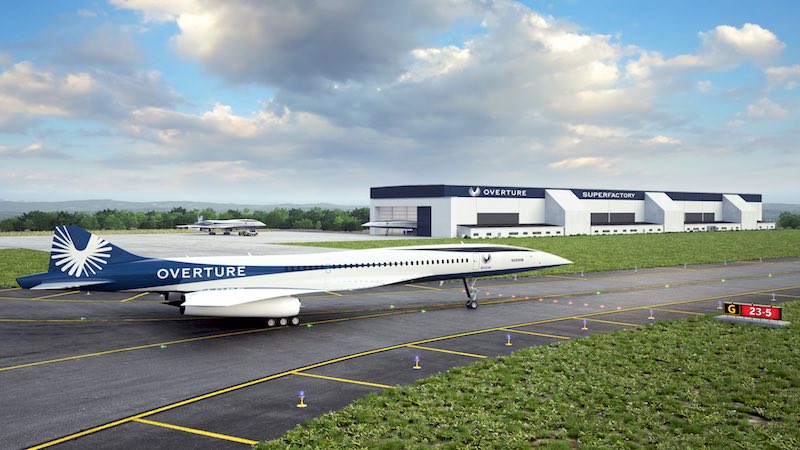 This innovative new concept could potentially change the aviation industry altogether. Following the global pandemic, individuals are craving a less-intimidating travel experience, and this might be exactly what the aviation industry needs to increase ticket sales, promote further global exchange and influence worldwide economic growth. With less time spent on the plane, travelers can spend more time enjoying their destination. If the goal of supersonic aviation is to forever change people’s travel experience as a whole, Boom’s technology allows for international travel to go from an often-agonizing process to an invigorating flying experience and rapid arrival, giving passengers an opportunity to focus on the overall good of their venture. “Ultimately, we would love to drive a paradigm change, where supersonic becomes really the way that people want to fly,” Savitt says.

More than 600 worldwide routes have already been planned for the manufacturer’s supersonic aircrafts, and it is only a matter of time until the revolutionary design finds its place among the private aviation sector, as well. Boom says they have already received 70 orders from distinguished commercial providers such as United, American and Japan Airlines to purchase the brand’s supersonic jets. Notable organizations such as Collins Aerospace, United States Air Force, Rolls Royce, American Express, and many others are also inquiring about partnerships with the cutting-edge aircraft. The expectation from these large partnerships is to have supersonic flight become people’s first choice of travel within the next 10-15 years. However, many fail to recognize that the rapid rate at which private aviation is growing post-pandemic, is only further fueling the need for supersonic travel. According to Argus Traqpak, the past few years have been a period of unprecedented growth for the private aviation industry, with flight activity in 2022 expected to be 15-20 percent greater than during the pre-COVID year of 2019. Private jet charter company Flexjet states, “through the first seven months of 2022, Flexjet’s flight activity was up 30 percent over 2021, which was its busiest year on record.” Private flights for both personal and executive travel have increased significantly since the end of the pandemic. A recent survey on private jet card comparisons discovered that 53 percent of people who started flying privately during the pandemic plan to continue using private air travel regularly. Furthermore, Airbus Corporate Jets noted that there were just over two million business aircraft departures in the U.S. during the first six months of 2022, which was roughly 15 percent higher than the same period in 2019, prior to the pandemic.

This shows that it is likely only a matter of time until the world of supersonic travel and the private aviation industry become one. Perhaps this is only the beginning of where revolution meets reality, once again.