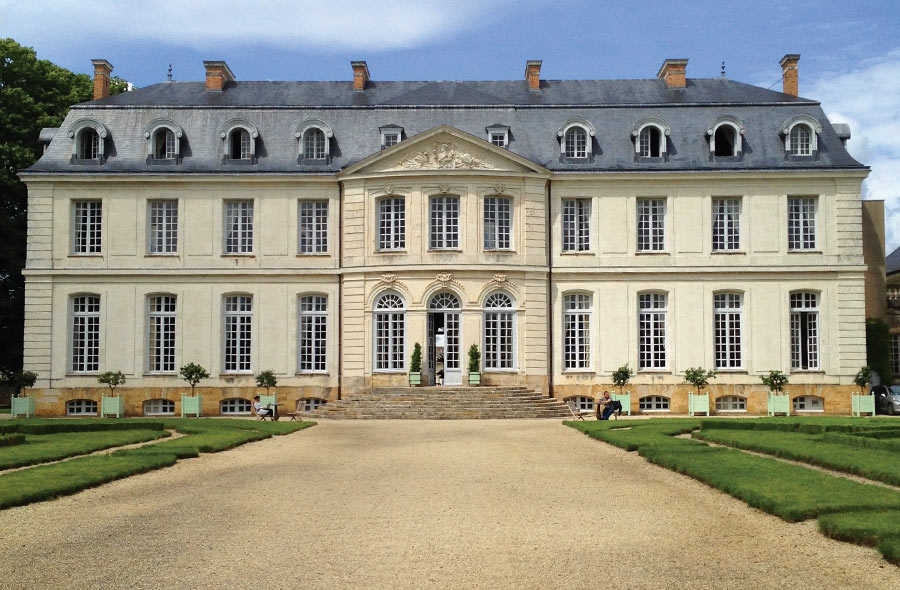 If you ever wondered how it feels to live in a French château from the 18th century, you can now accomplish your dream and spend a weekend in one of the most incredible French Châteaux situated only 1 ½ hours from Paris.

Thanks to Audi of America that invited us to experience this incredible French château, we had the opportunity to live like royalty and stay in a million dollar room for four days and three nights during the week of the 24 Hours of Le Mans.

“There Are Fourteen Bedrooms, And No Two Are Alike. Timothy’s Idea Was To Have At Least One Room That Would Please Every Kind Of Visitor.”

The Château du Grand­Lucé, which has recently undergone a $10 million restoration, is described by the Architect of French Monuments as one of France’s “most precious elements of architecture of the French Enlightenment.” Previously owned by the French government, the Château du Grand­Lucé is now privately owned by American designer Timothy Corrigan, one of the world’s leading interior designers.

Built in 1760 by Duke Jacques Pineau de Viennay on the grounds of a 10th century château, the château was intended to serve as the summer palace for the man who was in charge of all of Eastern France under the reign of Louis XV. The château has hosted such luminaries of the French enlightenment as Voltaire and Diderot.

The total experience of Grand­Lucé becomes even more enjoyable as one enters the doors of the château itself. Filled with museum-quality art and antiques, the interiors are at once grand and cozy. Timothy Corrigan, who has designed the homes of European and Miwddle Eastern royalty as well as some of today’s biggest stars, designed the interiors of the château. Corrigan has created an environment where guests can experience an elegant yet comfortable setting.

The château was one of the most comfortable and relaxing places we have ever stayed. Of course, part of its ambience comes from the architecture and grounds, but equally from the way that it is furnished. Timothy’s main objective as an interior designer has always been to create spaces that are imbued with that special quality of comfortable elegance. There is a sense that the rooms all came together effortlessly, and evolved over time. Château du Grand­Lucé is a great demonstration of how even the fanciest place can also be welcoming and pleasurable.

There are fourteen bedrooms, and no two are alike. Timothy’s idea was to have at least one room that would please every kind of visitor. The Salon Chinois is perhaps the most significant room in the château, thanks to the oil­on­canvas wall murals from which the space derives its name. They were created by Jean­Baptiste Pillement (1728­1808), an important painter of landscapes who was also the most highly regarded muralist of the 18th century, and an artist whose patrons included Louis XV and Louis XVI’s wife, Marie­Antoinette.

With 65 acres of formal gardens and private woods and a lake dotted with statues that were a gift from Louis XV, there is plenty to do at the Château du Grand­Lucé. Whether biking through the trails in the woods, feeding the swans and geese on the lake, exploring the two greenhouses, lounging by the heated swimming pool or venturing into the maze of garden rooms, one cannot be bored at the château. Since it is situated on the edge of a small town, guests can have the best of both worlds: the tranquility of country life and experiencing the joys of Le Grand-Lucé, a small French village with its three cafes, two bakeries, newsstand and its 12th century church.

Situated between Tours and Le Mans, the château is close to the many other famous châteaux of the famed Loire Valley. But most guests enjoy the pleasures of the Grand­Lucé so much that they often choose not to venture beyond the garden walls of the châteaux!