Culture, Cuisine, Canal: Amsterdam Has it All 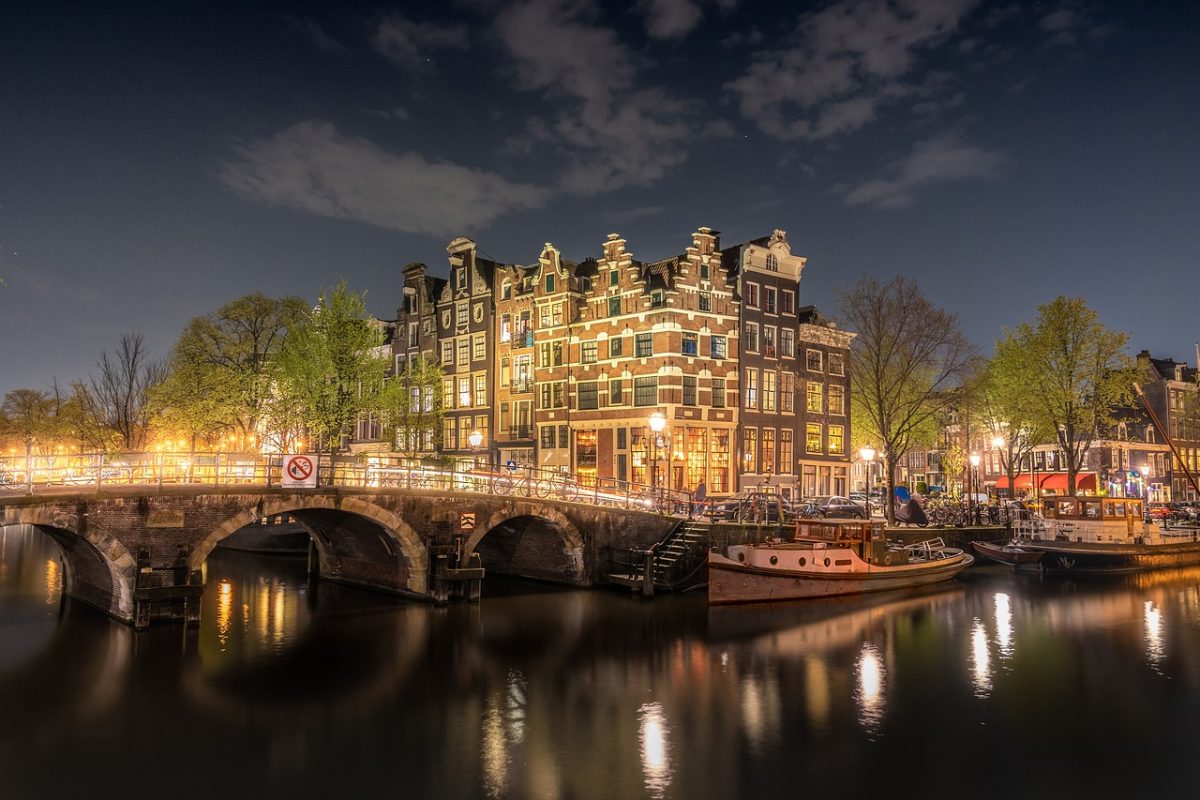 The city of Amsterdam has long been a desired destination of thrill-seeking vacationers and those looking to experience the liberal laws of the Netherlands’ capital. The established European hotspot marries age-old culture with a modern mindset and innovative design. Whether you choose to cycle through the narrow streets, relax on a tranquil canal boat ride or/and meander the historical streets of Amsterdam, you will assuredly stumble upon many of the city’s hidden (and visible) treasures. 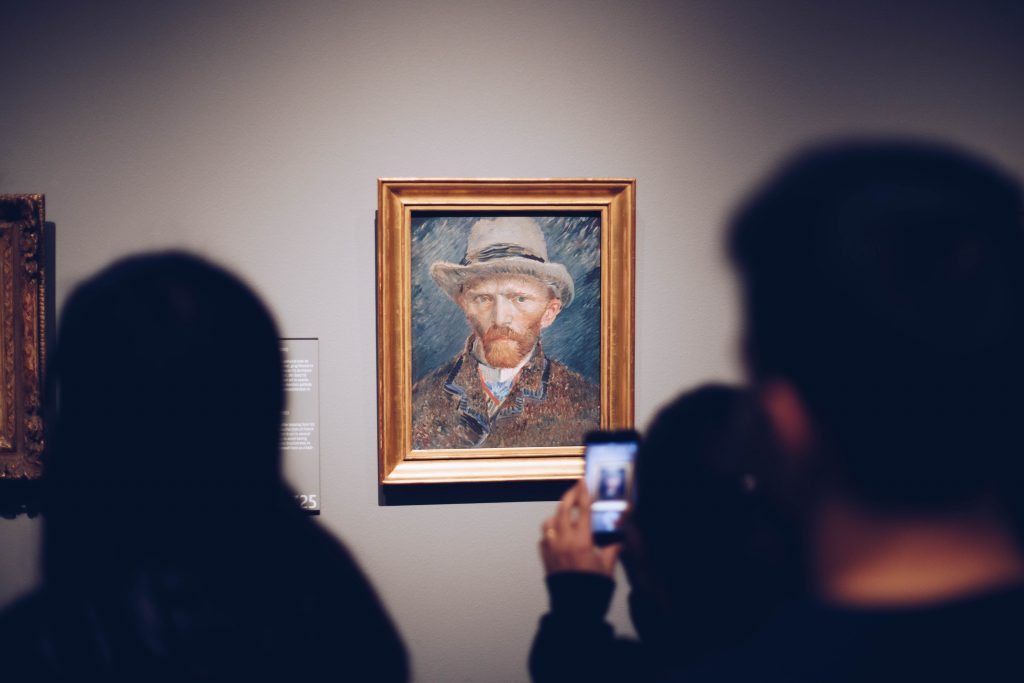 The Anne Frank House, Van Gogh Museum, and the Rijksmuseum are just three Amsterdam’s museums that hold centuries of history. Among some of the Rijksmuseum’s highlights is The Night Watch by Rembrandt van Rijn, paintings from Dutch painters such as Frans Hals and Jan Steen, among others. 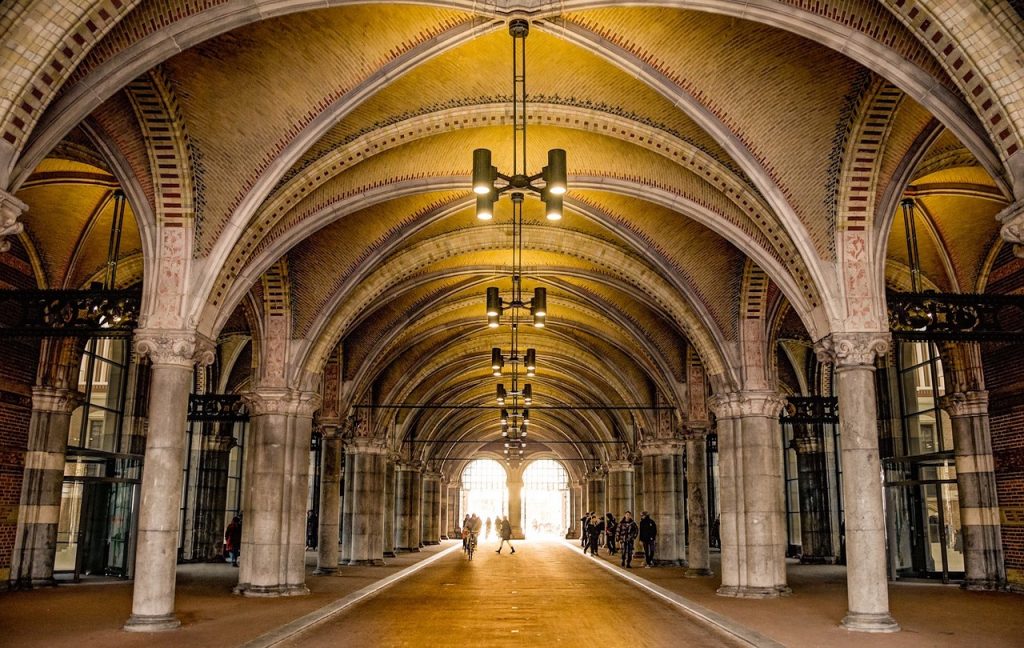 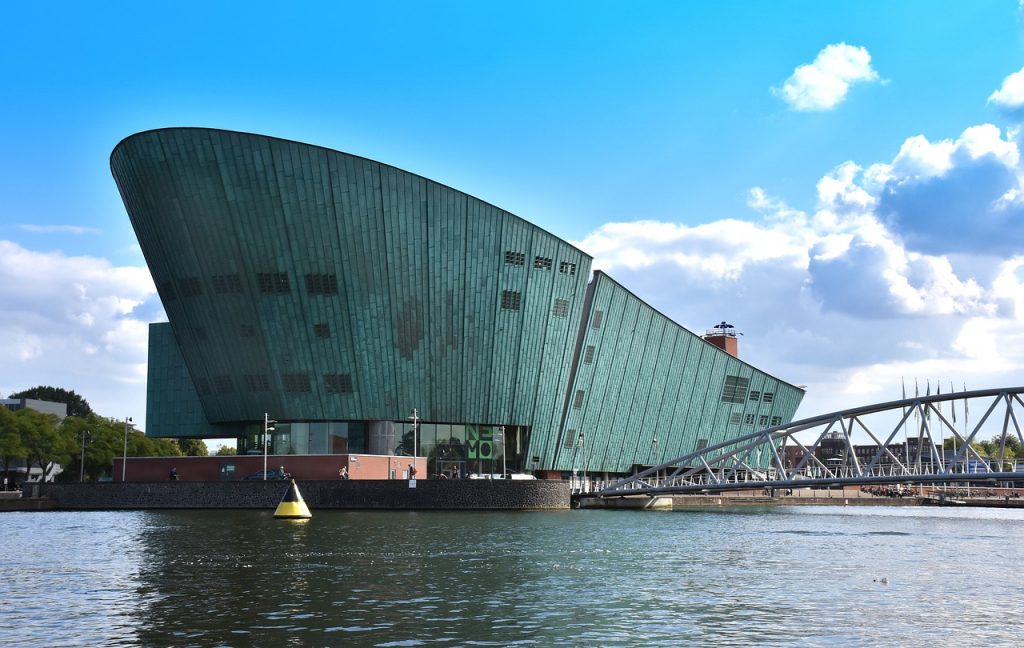 Celebrating the life of Vincent van Gogh, the Van Gogh Museum has the distinction of housing the world’s largest collection of artworks by the renowned Netherlands artist. The Anne Frank House is the actual building where Anne Frank penned her famous diary. The fascinating and true story is that of the German occupation of the Netherlands during WWII told through the eyes of teenage Anne Frank as her family hid in fear of deportation. The museum features the exact annex building where they secreted themselves and is an overwhelming reminder of her story. 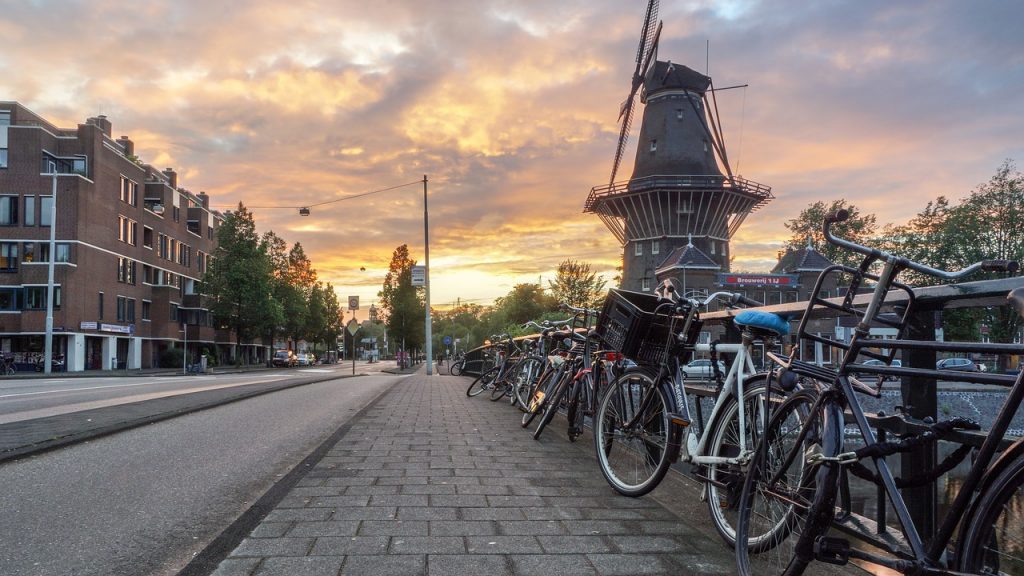 With over 800,000 bicycles in Amsterdam, there are enough bikes for the entire population. The flat landscape and network of cycle routes has made it one of the top cycle-friendly cities in the world. One of the best neighborhoods to cycle is Jordaan. As you cycle back in time through the charmingly narrow streets of Jordaan, there are beautiful small houses, antiques shops, art galleries, and gardens to view, as well as quaint bars and restaurants. Built in the 17th century, the city also features many picturesque locations due to the abundance of small bridges over the city’s canals. 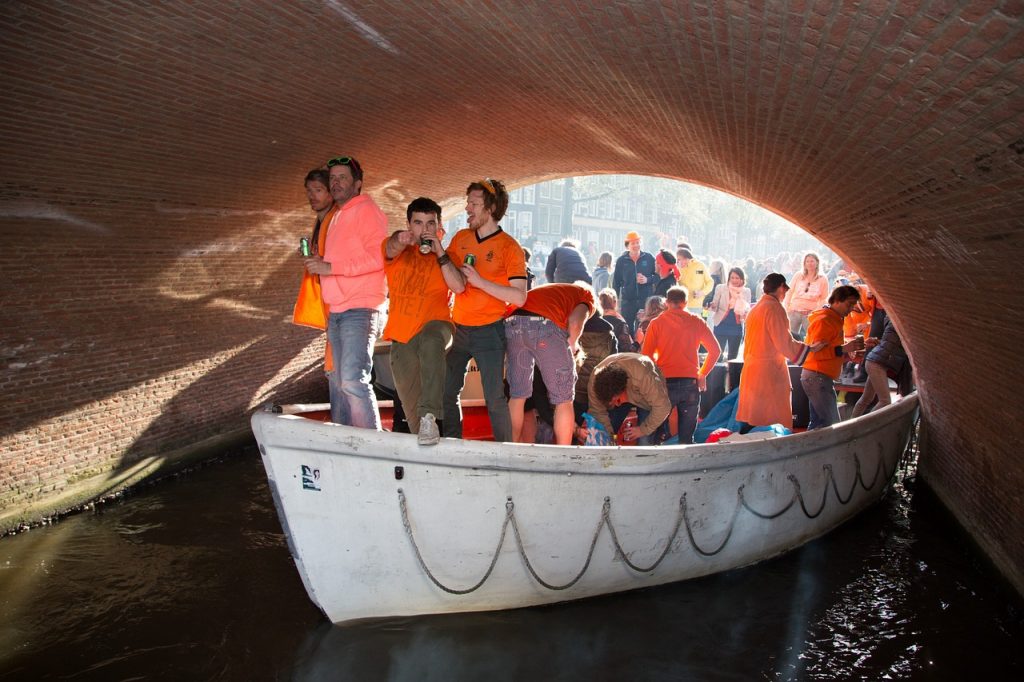 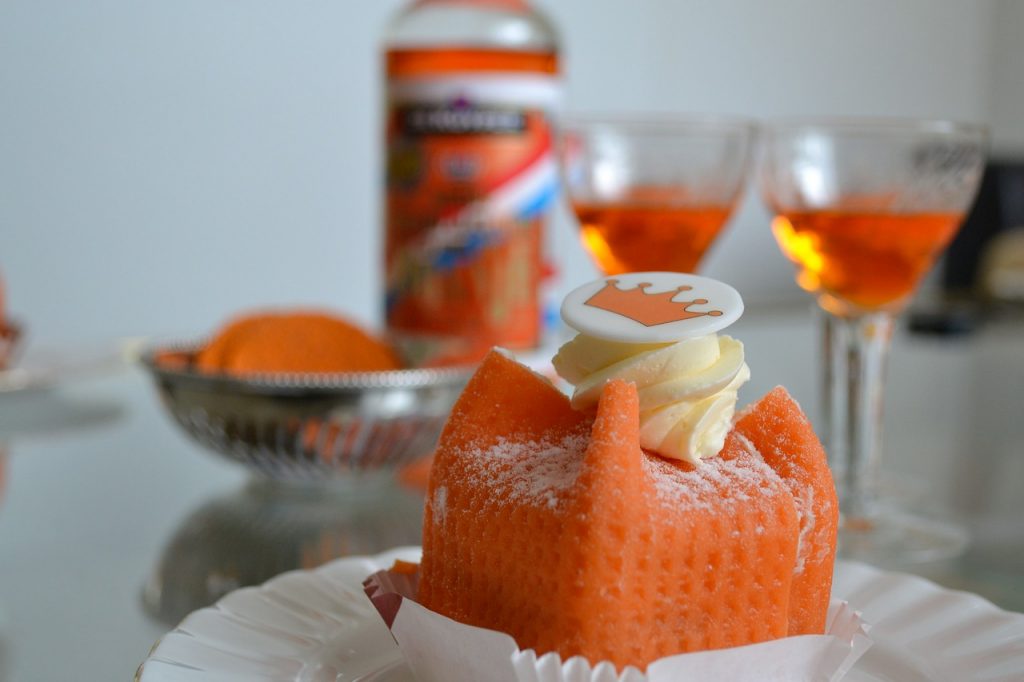 There are always plenty of things to do in Amsterdam with choices from festivals, fairs, street markets, and exhibitions. There is usually not a weekend that passes without there being an outdoor festival to attend with a distinctive focus on food, music, and dancing the night away. October’s Amsterdam Dance Event brings over 2,500 DJs and artist to perform at locations around the city. Amsterdam’s Kingsday (once called Queen’s Day) is a truly one-of-a-kind experience that celebrates the Dutch culture and the birthday of their King on April 27th each year. The entire city dons their orange colors and explodes with a party of over a million people. 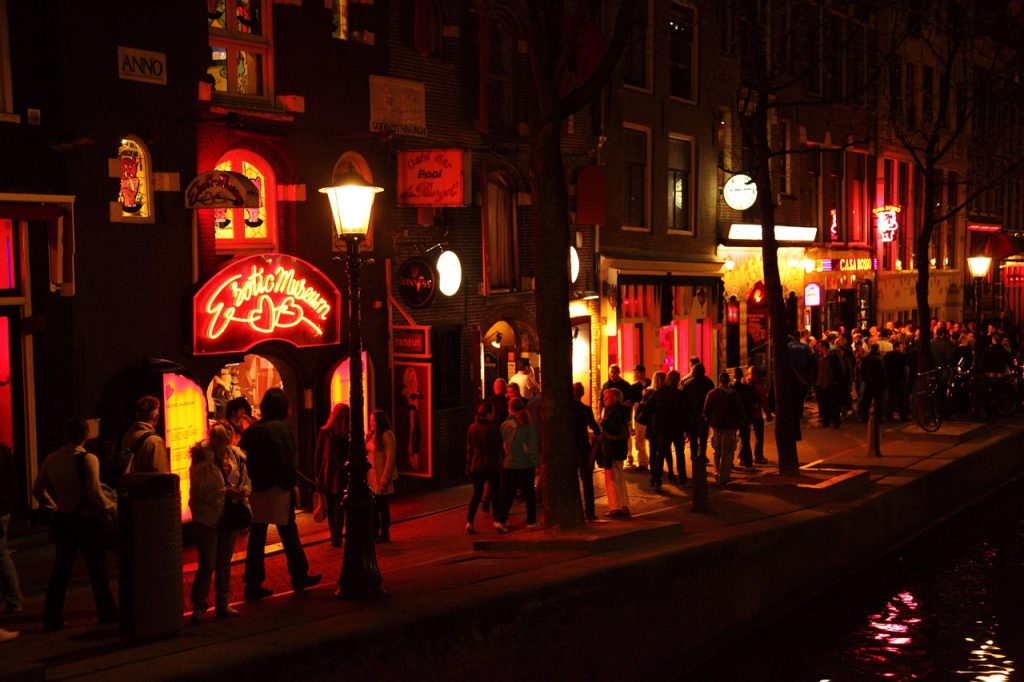 Amsterdam’s famous Red Light District is located in the oldest part of the city. With its Dutch architecture and variety of taverns and coffee shops, the area is known mostly for its open-minded views and laws concerning brothels and cannabis, among many other aspects of life that may be considered taboo to some. There are also bold dining options with menus from around the world, diverse shopping experiences and live music such as salsa or jazz. 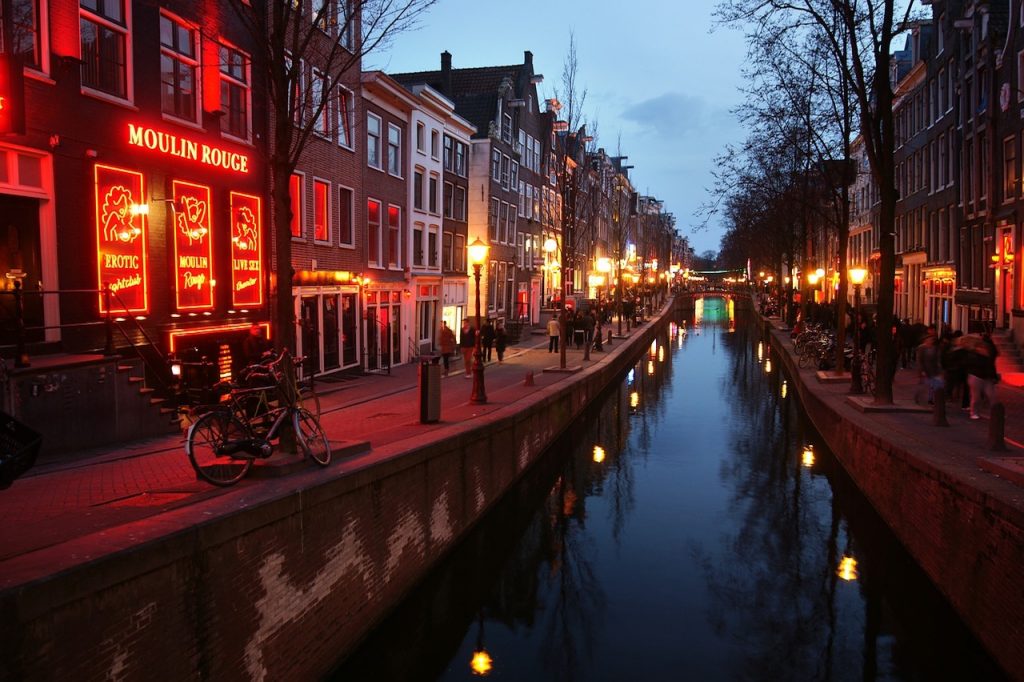 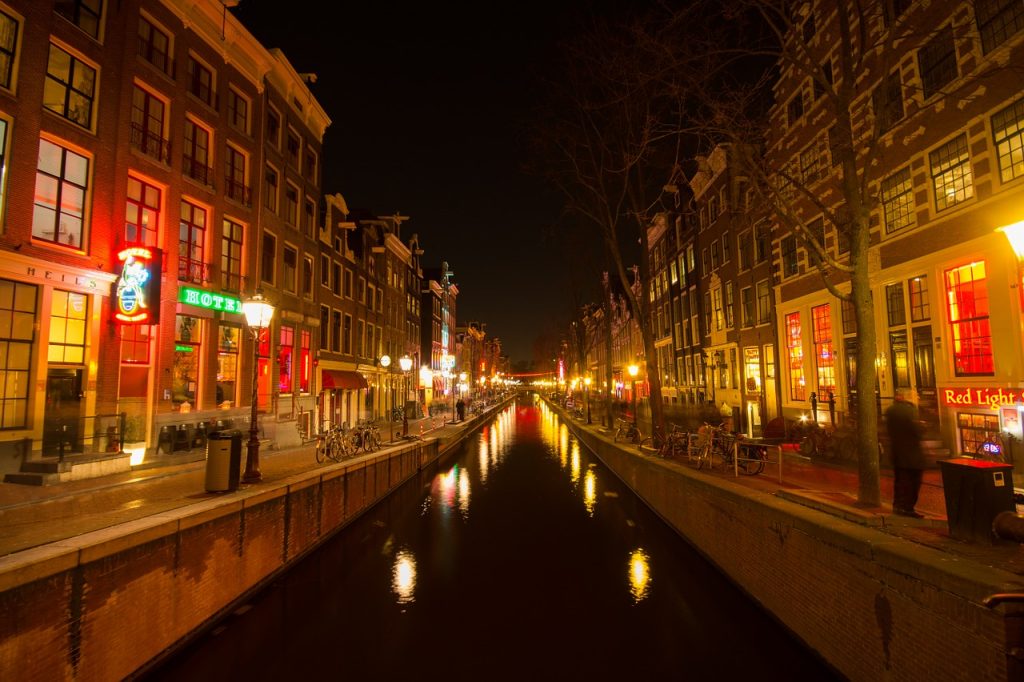 Amsterdam may have become famous for its Red Light District experiences, but this magnificent city remains a perennial vacation destination due to its wealth of cultural explorations.