The Swiss Life | Take Your Vacation to New Heights 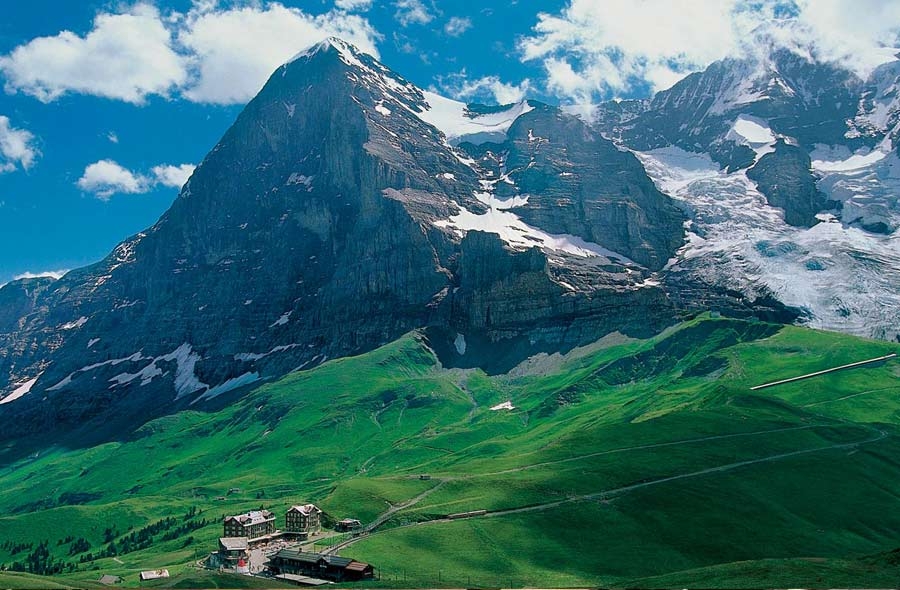 Like almost any other country, people or myriad other things in this world, Switzerland tends to deal with a stereotype or two.

However easy it may be to put this diverse, aesthetically stunning land into the box too often provided by cheap spy movies and lazy writers (present company excluded, of course), this country simply offers too many adventures and luxuries that rank among the world’s best to be ignored. For those looking to experience the finer things in life, but wanting to try locales other than the typical Paris or Madrid trip, look to the mountainous land of the Swiss.

As anyone who’s ever watched a Winter Olympics has noticed, the Swiss are pretty damn good on a pair of skis. That can be attributed to the proximity to world-class peaks such as the Matterhorn, Jungfrau and other parts of the Alps. There are a large number of ski resorts throughout the country, enabling travelers to try a variety of locations until finding just that perfect run. When researching potential visiting locations, make sure to check the number of black, red and blue runs to get a gauge on the intensity of skills needed (remember, the Alps dwarf pretty much everything in the continental U.S.) as well as the basics, such as the times of the last lifts and the apres-ski offerings in the area. Some must-visits include: Zermatt, which boasts the highest (3,900 meters) as well as one of the biggest (394 kilometers) ski areas in the country; Le Chable has the highest accessible vertical at 2,480 meters, and Zuoz at St. Moritz is regarded as the best snowboarding runs in Switzerland.

Of course, there also those travelers in life who, while they respect the skills of a person traveling at high speeds down a mountain in only a pair of goggles and boots, prefer to test their sporting skills in other ways. For them, we suggest the other national sport of Switzerland, Schwingen (pronounced schwing-en). In what can only be described as a cross between sumo wrestling and a lot of pale people who speak multiple languages, this folk wrestling sport dates back to medieval times and is greatly loved among the Swiss.

Annual tournaments sell out quickly and draw thousands of spectators to watch as two combatants meet in a circular ring while wearing “jutes,” which are short pants worn over their clothes. The two then trip, throw and otherwise attempt to pin their opponent by their shoulders to be declared the winner. There are no weight classes, so at times it can be quite amusing to witness, but overall the athleticism and strength required to win cannot be doubted. And for the traveler planning ahead, be ready to attend the Unspunnenfest, a tournament held every 12 years (most recently in 2006) and is considered one of the premier Schwingen events in the country.

The other must-see destination for sports fans visiting the country is The Olympic Museum, located at the International Olympic Committee’s headquarters in the city of Lausanne. From more than 87,000 pieces, the museum continually rotates exhibitions that trace the history of the largest sporting event in the world. From equipment used in actual competition to medals to artwork, visitors are engaged through the use of multimedia presentations and tour guides that provide a ridiculous amount of information about the games and athletes. And, just in case a visit to the museum doesn’t make the itinerary, stop by Olympic.org/museum for a taste of the exhibits and information.

While Switzerland is widely known for its world-class mountains, the majority of the nearly 8 million people who live here reside within cities on the plateau of the land. International hubs such as Zurich and Geneva are here, and these metro areas are likely the starting points for any foreign traveler, thanks to their numerous daily flights in and out.

For those who land in Zurich, head to the west side of town and book a room at the newly opened Renaissance Zurich Tower Hotel (Marriott.com). Housed in a 24-story building (luxury apartments claim the upper floors), this 300-room accommodation sits within one of the city’s revitalized, hipster-approved sections of town. With the area surrounding the hotel such an artistic hub, tower designer Claudio Carbone has incorporated elements of graffiti art (which was a common element in this area when it was best known as Zurich’s red light district) throughout the lobby. While a stay here may be a bit out of the comfort zone, don’t fret, as the world-renowned shopping of Bahnhofstrasse on the city’s south side is still only a cab ride away.

The other major entry point for travelers is Geneva, home to the breathtaking Lake Geneva and the United Nations. When staying here, taste the good life at the Grand Hotel Kempinski (Kempinski.com/geneva). Located right on the lake, visitors will be able to hit all the major attractions such as the U.N. headquarters, the Old Geneva area and countless restaurants and shops on foot.

To look at life outside the major metro areas, though, begin by traveling to the lovely town of Vevey. Also located on Lake Geneva, though 45 minutes to an hour away from the city of Geneva (hey, it’s a big lake), Vevey is a decidedly more relaxed area that also happens to be the headquarters of food corporation Nestle and the birthplace of milk chocolate. Regardless of how interesting the history of tasty treats can be (don’t worry, we’ll save it for the next issue, you lucky dog, you), the gem of this area is, in fact, the Grand Hotel du Lac (Hoteldulac-vevey.ch). With an illustrious history that includes mentions in novels, appearances in films and famous guests (think Charlie Chaplin), this five-star joint epitomizes European luxury with fine finishes, excellent service and unbelievable views. More than a century old, the Grand Hotel du Lac was completely remodeled and updated in 2006.

Now, if heading up to any of the legendary mountains such as the Matterhorn, then a stay in a ski chalet will be the only way to go. However, rather than being forced to rent an entire chalet, opt for the brand-new Scott Dunn Zermatt boutique ski hotel (Scottdunn.com). To get an idea of this concept, think of a five-star bed and breakfast: guests may book one of nine rooms, which allow them to indulge in amenities such as an in-house chef, a private nanny service, and easy access to the slopes. Located in the mountain town of Zermatt, travelers can access this area by a two-and-a-half-hour train ride from Geneva.

After hitting the slopes, throwing around grown men and resting at some of the best resorts in the world, don’t worry about having to return a rental car. Switzerland boasts one of the best rail systems on the planet and every major city has a viable public transportation system. Because of this infrastructure, be sure to take at least one extended trip across the country by train. Experience the beautiful scenery and use the leisurely pace of the Glacier Express to rest those sore legs (and maybe backside) after a few days at the ski resort. On this seven-and-a-half-hour journey from Zermatt to St. Moritz, the train ventures over almost 300 bridges and through 91 tunnels to offer guests unparalleled views across otherwise inaccessible mountains, thanks to feats of modern engineering. Reservations are required in advance, and can be booked at www.raileurope.com

Thanks to its diversity of culture, activities and even topography, Switzerland is, in many respects, the envy of the world (which might partly explain those stubborn stereotypes of a prosperous population and functioning, neutral government). For visitors who know and crave the best in life, there are few, if any, destinations that offer more than this mountainous country in the center of Europe. It is a place that deserves for more than stereotypes — and lazy writers. 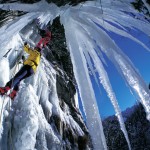 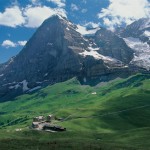 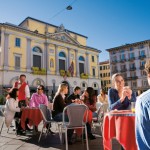 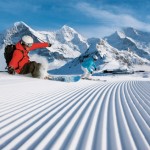