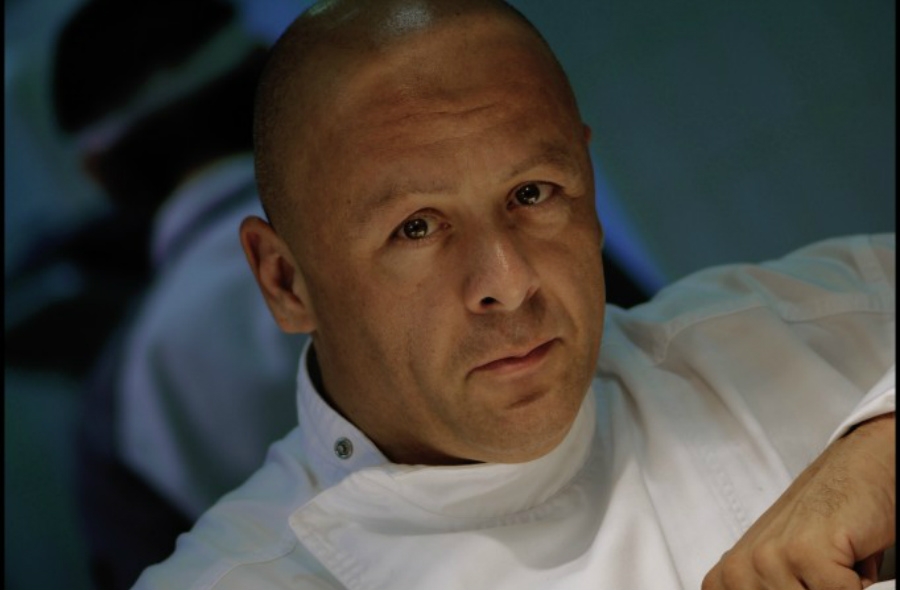 The menu highlights the most renowned dishes offered at Camélia, including Calamari Risoni with squid ink, cuttlefish tagliatelle and crunchy vegetables, Pumpkin Cream with chestnut and balsamic foam, “Crossed Arms” Ravioli with haddock, Granny Smith apple and mozzarella foam as well as Charred Beef with rice cracker and colonnata ravioli. Inspirations for dessert include Castanea with chestnut biscuit and mousse, cherry marmalade, vanilla whipped cream and meringue and Frozen Sake with crystallized fruits.

To complement the culinary experience, Wine Director Annie Turso has collaborated with world-renowned French sommelier David Biraud, Head Sommelier at Mandarin Oriental, Paris, to develop a menu of wine pairings that distinctly showcases his vast expertise that has garnered him such accolades as the 1998 Ruinart Trophy for best young French sommelier, the Meilleur Ouvrier de France award in 2004 and Best Sommelier by Gault&Millau for 2014.

As one of France’s most distinguished chefs, Chef Thierry Marx mixes French tradition with Asian influences using the avant-garde textures, flavors, forms and colors for which he is renowned. In Chef Thierry Marx’s role as Executive Chef at Mandarin Oriental, Paris, he is responsible for creating unforgettable experiences for each of the restaurants and menus which have been carefully crafted in his French Food Innovation Center. An aesthete with an eye for detail, Chef Thierry Marx also worked closely with Agence Jouin-Manku to create an exclusive dinner service for Sur Mesure par Thierry Marx, the hotel’s gastronomic restaurant which was awarded two Michelin stars in 2012.

Guests are invited to enhance the dining experience with a special hotel offer. The Thierry Marx Culinary Journey Package begins at $1,760 plus tax per night and includes:

Reservations can be made by contacting the hotel directly at +1 (212) 805 -8800 or via the Group’s direct on-line reservations service at mandarinoriental.com. The package is based on availability and on double occupancy.