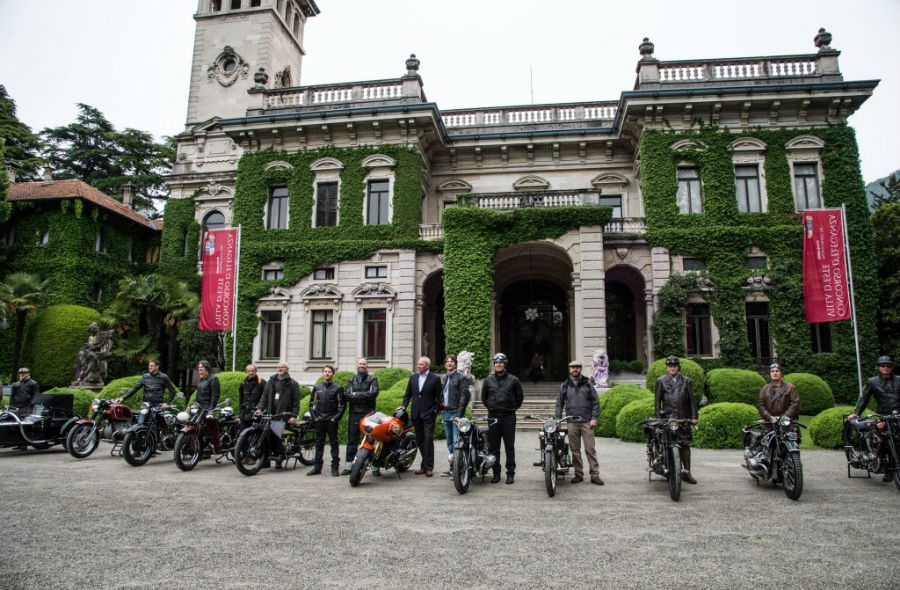 From 23rd to 25th May 2014, enthusiasts and collectors of historic vehicles will gather once again on the banks of Lake Como for the Concorso d’Eleganza Villa d’Este.

The beauty contest co-hosted by BMW Group Classic and the Villa d’Este luxury hotel is the most history-laden meeting of its kind anywhere in the world and an increasingly important date on the calendars of classic motorcycle fans. This will be the fourth time that the Concorso di Motociclette takes its place as a firm fixture of the Classic Weekend in the northern Italian town of Cernobbio. And with time still remaining until the entry book closes, there’s no doubting that participants and public alike can look forward to a spectacular parade of two-wheeled beauty.

The Concorso di Motociclette was first held in 2011 and has since established itself as one of the most popular features of the three-day programme. Owners of historically significant motorcycles from various eras take the opportunity to present their collector’s items to a captivated audience both in stationary displays and on the move. The parade of classic two-wheelers promises to provide an even more beguiling spectacle this year at the Concorso di Motociclette.

On Saturday, 24 May 2014, a convoy of historic motorcycles will be accompanied by a local police escort on its way from the Villa Flori hotel in Como to Cernobbio, pausing briefly at the town’s piazza before heading on first to the showplace for the Historic Car Parade at Villa d’Este and subsequently to its final destination in the adjacent parkland of Villa Erba. There, the motorcycles will line up in front of the jury, who on Sunday will crown the winning entrants in five classes.

As well as historical authenticity and technically flawless condition, motorcycles registered for the Concorso di Motociclette event at concorsodeleganzavilladeste.com will also need to display exceptional aesthetic value. The aim of the organizers of the Concorso di Motociclette 2014 is to assemble a field of entrants which once again showcases the development of motorcycle engineering and design in all its fascinating and historically significant glory. The enthralling variety of two-wheeled vehicles is also the underlying theme of a special exhibition, which will likewise be held in the grounds of Villa Erba. Last year, the “90 years of BMW Motorrad” anniversary saw the key milestones in the brand’s history presented in the context of their time, complete with appearances from erstwhile competitors. And stealing the show at this year’s special exhibition will be eye-catching one-off creations from various periods. The “Customized Bikes” exhibition assembled by BMW Motorrad will guide visitors through the preferences and options for motorcycle customization over the years – and bring us up to date with the BMW R nineT, which fuses the essence of 90 years of experience in motorcycle construction with state-of-the-art technology. Armed with an extraordinarily wide range of equipment and accessories, the pure-bred Roadster continues the company’s long tradition of made-to-measure riding pleasure.

Staged for the first time 85 years ago, the Concorso d’Eleganza Villa d’Este in 2014 remains true to its tradition of highlighting the aesthetic side of transportation on two and four wheels. The beauty contest will conclude on Sunday with the crowning of the BMW Group Italia Trophy winner and the class winners in the historic car categories. Other highlights on day three of the event include the presentation ceremony for the Concorso d’Eleganza Design Award for concept vehicles and prototypes and the presentation of the BMW Group Young People’s Award for historic vehicles.

The Concorso d’Eleganza Villa d’Este 2014 will also celebrate the 110th anniversary of the Rolls-Royce brand. In May 1904, British car enthusiasts Charles Rolls and Henry Royce set the seal on their partnership.

And at the Paris Motor Show in December that year the newly merged company presented its models for the first time under a name that remains a global byword for stylish aesthetics, automotive luxury and the pursuit of perfection to this day. A special exhibition in the inner area of Villa Erba sets out key milestones in the history of the marque.

This year will see BMW Group Classic hosting the Concorso d’Eleganza Villa d’Este for the 10th time. One of the event’s most notable signature highlights – alongside the high-calibre field of entrants in the various competitions and the exclusive backdrop of Lake Como – is the attractive support programme laid on for visitors on the Public Days at Villa Erba. On the evening of the opening day of the event, for example, the Villa Erba parkland will be transformed into an evocative open-air cinema. Entry is free for visitors to enjoy the Hollywood remake of the classic movie The Great Gatsby, starring Leonardo DiCaprio in the title role, on a big screen. And the “Roaring Twenties” also set the tone for numerous other items on the programme, including the open-air vehicle presentations and the themed evening attended by guests of honor at Villa Visconti on Saturday. 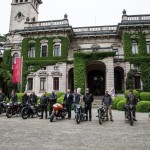 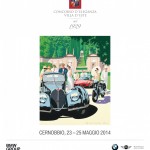