The America’s Cup Returns to the Americas 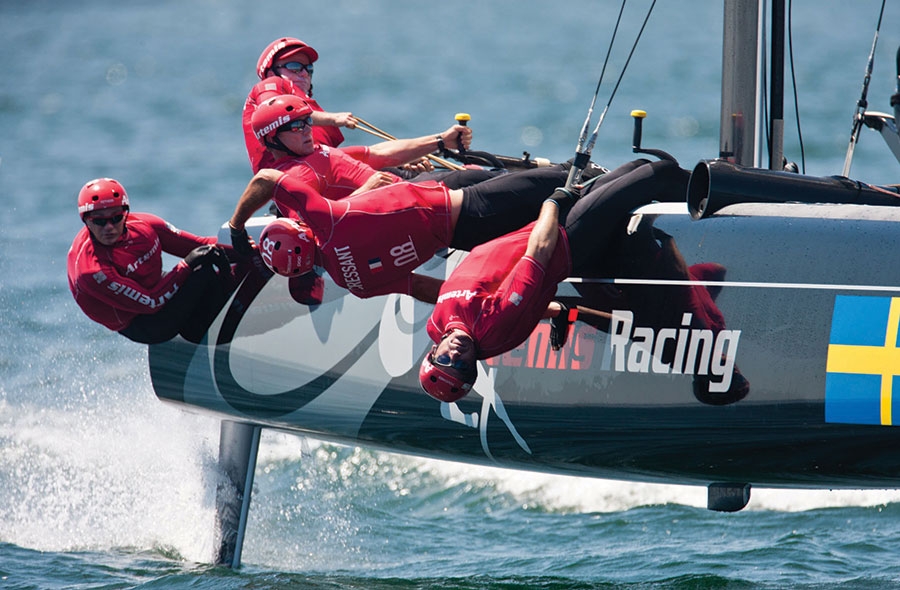 Majesty, there is no second. The 2013 America’s Cup race will be held in San Francisco Bay between the iconic Golden Gate Bridge and Alcatraz, in full view of the city.

The Bay – a natural sailing arena – produces spectacular racing conditions with reliably strong winds, putting shore-side spectators at the heart of the action of the 34th America’s Cup.

Despite its age, the America’s Cup has always been at the cutting edge of technology, from the design and build of the boats, to the communications systems it relies on. The 2013 America’s Cup will continue on that path, but at breakneck speed. The boats are wing-sailed catamarans, capable of sailing at twice the wind speed than other boats. Sailing fast is easy, maintaining control is critical, and the physical challenge imposed on the athletes is immense. The AC45 catamarans in the ac World Series approach a speed of 30 knots (35mph). On the race course, there will be more overtaking than in the past, meaning that the result of each race will be in doubt until the winner crosses the finish line. And the race area itself is closer to shore than ever before. This is ‘stadium sailing’ at its best, where the sailors can hear the roar of the crowd and spectators can all but reach out and touch the boats as they fly past. And for those watching further afield, the video production will show the action from the inside out, with Emmy award-winning graphics assisting the viewer in understanding every nuance of the competition.

There will be two types of boats involved in the 34th America’s Cup. Both are catamarans (with two hulls) and both have advanced wing sails instead of the more traditional mast and soft sails. The first, the ac45, is 45 feet long and is raced by a crew of five plus one guest racer who doesn’t participate in the sailing of the boat. The ac45 is used in all events of the ac World Series. The boat is based on the one-design concept (all boats and wings are identical) except for the soft sails at the front of the boat. It is an extremely physical boat to sail, placing enormous demands on the athletes. The sailors who make up the crews are the best in the world – Olympic champions, previous ac winners, and around-the-world record holders as one would expect at the pinnacle event of the sport.

The second boat that will be raced in the 34th America’s Cup is the ac72. At 72 feet long, this boat will be raced by a crew of 11. The AC72s are all independently designed and built by the teams to a fixed design rule that has various tolerances for critical dimensions. Designers, engineers and builders express their creativity by making performance trade-offs within the rule. The ac72 will be, in the words of one sailor, ‘a monster’ to sail. The power generated by the towering wing sail will be immense, and harnessing that power with a crew of just 11 will be an incredible challenge. Teams may build a maximum of two ac72s. They’ve been allowed to sail their first boat as of July 1, 2012, but are limited to 30 days of training in the calendar year. Teams will have a better idea of top speeds once the boats are launched and sailing in the fall of 2012, but they will be higher than the ac45 – most sailors think a speed of 40 knots (46 mph) is not out of the question.

The 2013 race will be the first time the competition for the “Auld Mug” will be held in San Francisco, a perfect natural sailing arena where more than one million spectators will view the 34th edition of the America’s Cup. The inclusion of Piers 30 and 32 as the “pit row” for the teams in close proximity to the America’s Cup Village at Piers 27 and 29 will make the event’s footprint more compact and will benefit the teams as well as the general public. Racing will be visible from the shoreline only minutes from downtown, making this the most spectator-friendly event in the Cup’s 162 year history. 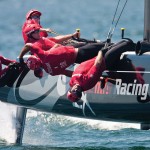 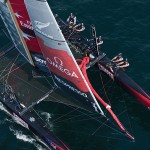 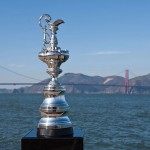 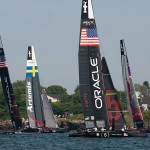 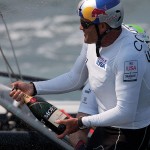 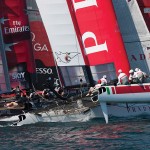