The America’s Cup: Thriller on The Bay 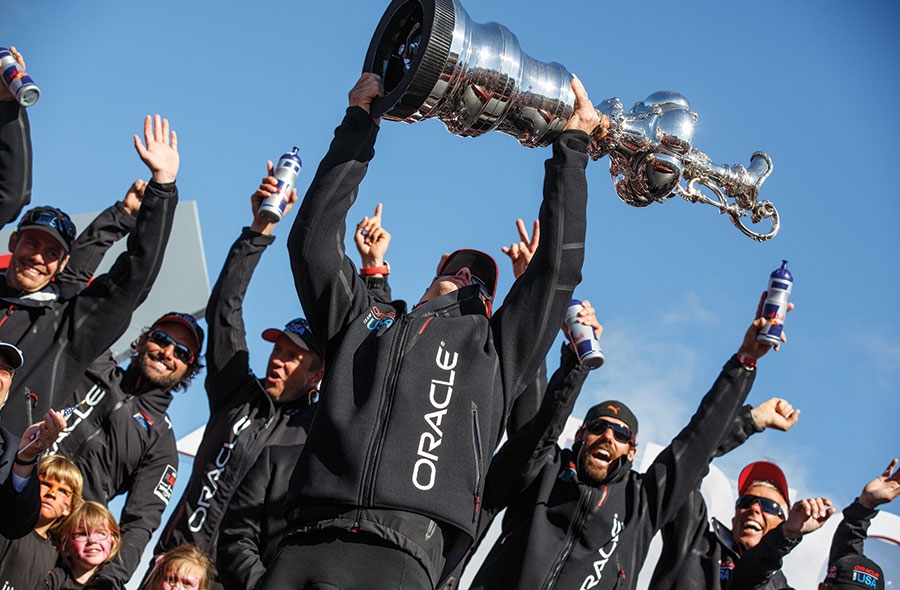 The America’s Cup is one of the oldest trophies in all of sports and definitely the most difficult to win.

The Cup was named after the schooner America, which won a race around the Isle of Wight on August 22, 1851 against a fleet of British yachts. The America’s Cup is sailing’s pinnacle trophy and the oldest trophy in international sport, pre-dating the modern Olympics by 45 years.

This year, for the first time in the 162-year history of the America’s Cup, the racing was held on the confined waters of a bay rather than three miles offshore, as with previous America’s Cup racing. On San Francisco Bay, the racing was intense and close. The venue itself was an important part of the story. San Francisco Bay is among the world’s premier sailing spots because of its reliable winds and challenging tides. The Bay also provides a stunning natural amphitheater that is framed, in part, by the world-renowned Golden Gate Bridge. This America’s Cup delivered “stadium sailing” on the Bay arena at its best, where the sailors heard the roar of the crowds and spectators could all but reach out and touch the boats as they flew past.

After being led 8 to 1, the Americans did not give up and stayed very motivated and focused on the goal to retain the America’s Cup in America. The entire team worked really hard during the last two weeks of the Cup and Oracle Team USA steadily improved their boat speed to the point where it could hydrofoil upwind at 30-32 knots (37 mph), an incredible performance never seen before in the America’s Cup.

The 2013 America’s Cup was a revolution in the sport. Over one million visitors attended the finals in San Francisco at America’s Cup Park and America’s Cup Village. Hundreds of thousands more viewed the racing from the city front. In addition, over 25 percent of the population of New Zealand watched the racing broadcast live during the America’s Cup finals.

The legacy of the America’s Cup on San Francisco Bay brought the racing to the fans and then delivered fantastic 50 mph boats, enthralling racing and groundbreaking television graphics. The contest for the oldest trophy in international sport was completely modernized with innovation and technology. Investment in television graphics and production meant new fans could instantly recognize and understand what was happening on the water. The America’s Cup was broadcast in 190 countries and the AC Liveline technology behind the graphics won an Emmy Award and changed the way the sport is viewed on television.

Oracle Team USA’s victory marked one of the most improbable comebacks in the history of the sport. After nine races, Team USA trailed the series 8-1. With the challenger on match point, the defender closed out the series with eight consecutive victories. This was the third time in the history of the America’s Cup with a winner-take-all final race. Previously, the defender won in 1920 and the challenger won in 1983. Both times, the winner rallied from a multi-race deficit, but never anything amounting to eight straight wins.

A crowd of some 50,000 people who flocked to the shores of San Francisco Bay was treated to heart-stopping action during race eight as the single outstanding moment of this year’s America’s Cup occurred. Team New Zealand, desperately trying to cling to a short lead, nearly capsized. It was thrilling, it was terrifying and the millions watching on television got to experience it like never before.

San Francisco welcomed the America’s Cup for the first time, but after such a fabulous event, it is there to stay, and it is anticipated that the 35th America’s Cup will return to the leading financial and cultural center of Northern California. 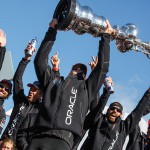 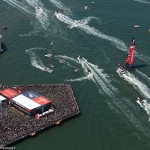 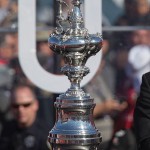 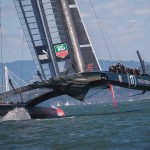 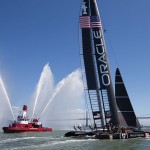 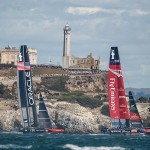 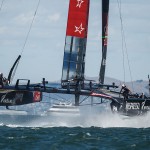 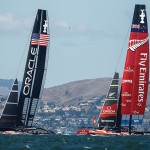 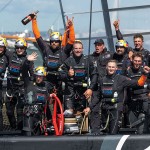