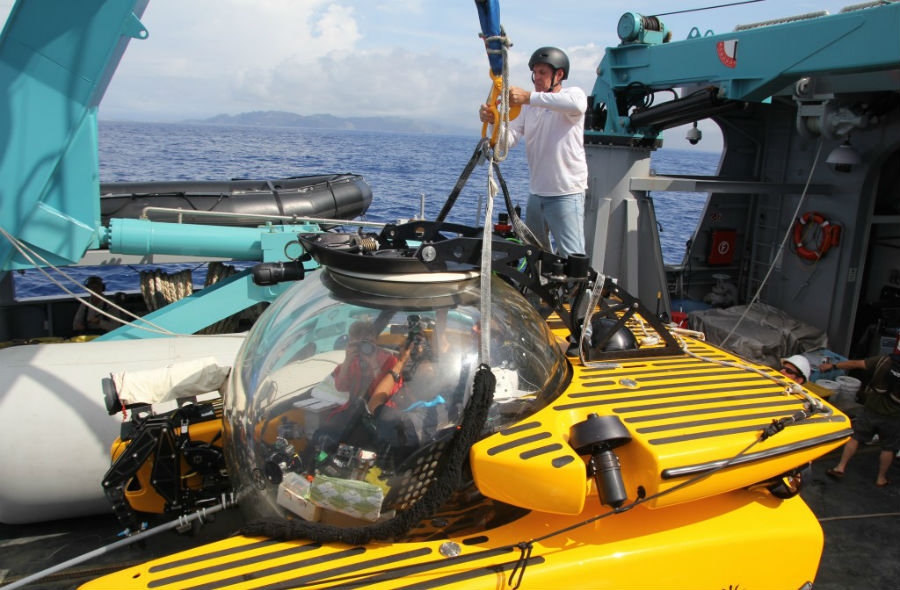 Discovery Channel, NHK and NEP sent a crew of scientists and filmmakers on the most extensive search ever mounted thousands of feet below the ocean’s surface to capture video footage of the elusive giant squid

Discovery Channel will treat U.S. audiences to the first ever video footage of a giant squid where it lives, considered by many to be the “Holy Grail of Natural History Filmmaking” in their special, MONSTER SQUID: THE GIANT IS REAL airing on Sunday, January 27 at 8PM ET/PT as the season finale of CURIOSITY.

For centuries, tall tales from fisherman and sailors have elevated the Giant Squid to almost mythical status. Many attempts have been made to capture footage of the creature known in legend as the “Kraken” to no avail. In the summer of 2012 after years of planning, a group of world-renowned marine scientists, submersible pilots and filmmakers joined Discovery Channel, NHK and NEP in an unprecedented expedition. Using a high-tech Triton 3300/3 submersible equipped with a dazzling array of electronic lures, pheromone dispensers and specialized low-light high-definition cameras, the team made 55 dives at depths up to a thousand meters hoping to catch a glimpse of a Giant Squid. After many dives in the darkness at over 600 meters, with veteran Triton Pilot Jim Harris at the helm, two team members struck documentary film gold capturing the first ever footage of a giant squid in its natural habitat.

“The entire expedition team grew progressively anxious as the days and dives passed without any sight of the Giant Squid. When the squid finally appeared, it was truly an extraordinary moment filled with excitement, awe and wonder. I along with the whole Triton team, am very proud to have been a part of this history making event,” said Jim Harris.

Triton’s President, Patrick Lahey wants to see Triton submersibles play an expanded role in building interest in marine science and increasing empathy for our oceans. “We need to do a better job of sharing the ocean with the world. It is great to see Triton submersibles playing a role in introducing exciting new marine environments and species to a broad audience. We hope to have many more opportunities to work with Discovery Channel as there is an unexplored universe waiting for us in the deep ocean.” 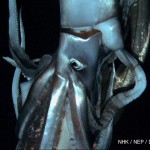 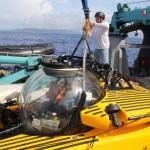