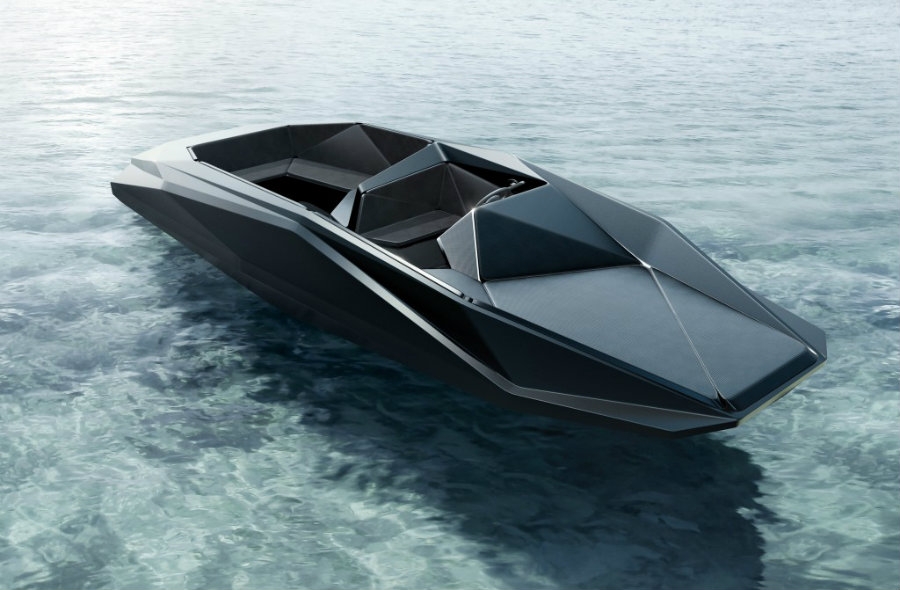 We actually think the vessel resembles a black cut diamond, but we also wonder when Hadid has time to sleep with so many nominated and highly acclaimed projects around the globe every season.

The black speed Z-boat with Power: 1×220 HP Mercruiser seats 8 and was named overall winner of the inaugural VeryFirstTo Awards in London on this January. The Z-Boat was selected by the panel which included Giles Deacon, Sir John Hegarty, Joan Burstein CBE and Poppy Delevingne.

In addition, the Liquid Glacial Table and Galaxy SOHO, Beijing have been nominated for the 2013 Designs of the Year Awards. The awards span seven categories and showcase the most innovative and imaginative designs from around the world over the past year. ZHA’s nominated projects will be included in the ‘Designs of the Year’ exhibition at the Design Museum, London from March 2013. Category winners and the overall winner will be decided by a jury and announced on April 17, 2013. For more information: www.designmuseum.org or www.veryfirstto.com