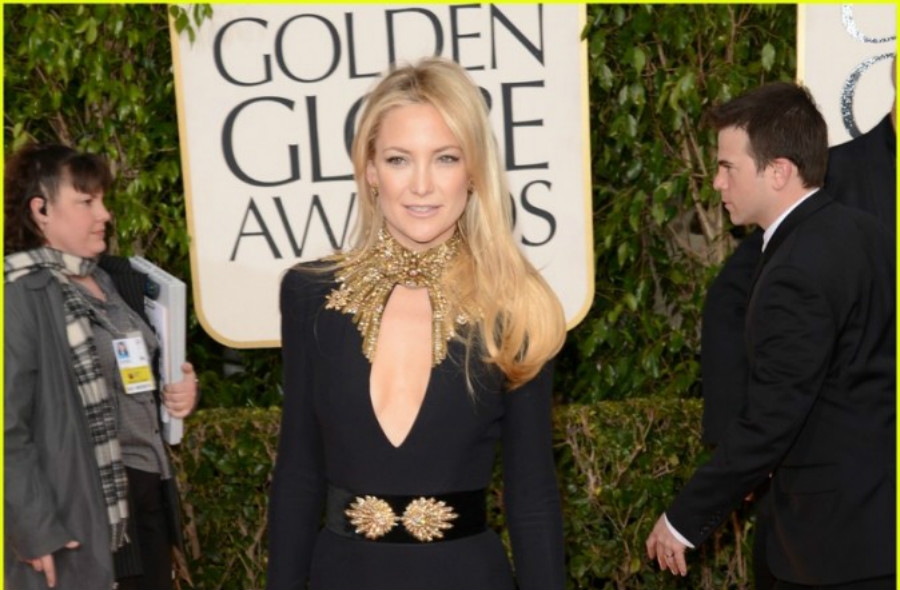 The first awards weekend of 2013 got off to a fantastic start with the Golden Globes and the AFI (American Film Institute) luncheon hosted by our friends from Audi at the Four Seasons, where we spotted Bradley Cooper chatting with Le Miserables Director Tom Hooper; while Steven Spielberg and George Clooney worked the room.

At the same time, upstairs at the hotel, the HBO Luxury Lounge featuring L’Oreal Paris and Motorola was holding court in a celebrity gifting and beauty suite where Lisa and Pandora Vanderpump picked up matching Pandora charm bracelets. The Real Housewives of Beverly Hills star was overheard talking at the Sophia Fiore table (where Karina Smirnoff was picking out diamonds to wear to the Globes), saying she would love to develop her own high-end jewelry line. The other hit of the lounge appeared to be the Michael Antonio vegan wedges and Nautica navy and white striped sweaters.

On Saturday, the British invasion of the BAFTA Awards also took place during a day-time tea at the Four Seasons with Hugh Jackman, Anne Hathaway and Daniel Day Lewis. More glam suites around town were also uderway that day, including hair care and pampering by Joico at Nine Zero One Salon in West Hollywood where another Beverly Hills Housewife Kyle Richards, along with actress Krysten Ritter, were both treating their long dark locks to hair treatments. Upstairs the latest platform sneakers by Santa Barbara brand Koolaburra and skinny patterned Jeans by Mavi were flying off the shelves.

Finally, on Sunday the actual Golden Globe awards brought out plenty of surprises – from Argo Winning a Best Director nod for Ben Affleck to Jodie Foster’s bold acceptance speech and plenty of stars in red gowns. Claire Danes was in a slinky red-hot Versace while Zoey Deschanel in a vintage 50’s sweetheart-style Oscar de la Renta with a simple strand of pearls. Silver Linings Playbook best actress winner Jennifer Lawrence wore a red Dior ball-gown with a metallic belt and Chopard earrings – Olivia Numm also borrowed jewels from the design house. Other notable gowns included Game Change winner Julianne More in a black and white colorblocking dress by Tom Ford with Bulgari earrings, Nicole Kidman in a lace-waist cinching Alexander McQueen with what appeared to be golden flies adorning the neckline. Kate Hudson was also stunning in a dramatic black dress with a built-in gold collar and waste adornments with a gold clutch and jewelry by Jennifer Meyer. Juliana Margolis was hugging it out with ex-ER co-star George Clooney in a black lace Pucci, but more importantly we heard that Mr. Clooney has gone into the tequila business with bar-lounge entrepreneur, and Cindy Crawford’s husband, Rande Gerber – Casamigos will launch this winter.