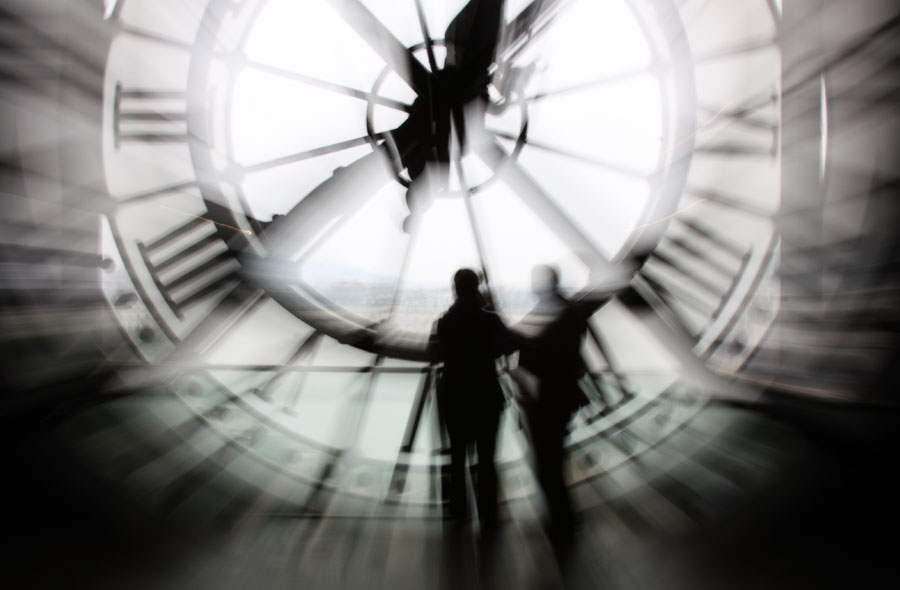 During the U.S. government shutdown, every time I saw President Obama, Senate Leader Harry Reid or Speaker of the House John Boehner on television, I turned it off.

All they were doing, day after day, was blaming the other guy for their inability to lead. When I think about the word blame… I see it as the shortened form of two words: be lame. In my opinion, we have some pretty lame leaders.

Those of you fortunate enough to be flying on private jets know that being lame did not get you into that world. If someone has set their sights on being a strong leader who can start or grow a company or affect global change, there isn’t much room for blame or being lame. Playing the blame game is for losers.

One advantage I have in business is that I had four years of military school and six years as a Marine officer and pilot with a year’s tour in Vietnam. Our job as Marine Corps Officers was to lead our men into some of the most hostile environments in the world – and do our best to bring them home alive. Although I went down three times while in Vietnam, losing three aircraft, I am proud to say that I went over there with 16 men and all 16 came home alive and whole.

“My Point To All This “War Talk” Is We Have A Nation Of Leaders Who Are Incompetent, Fearful And Panicked.”

A friend and fellow pilot was not so fortunate. On one particularly disastrous mission, he was hit by ground fire as he flew over the hot zone and panicked. Rather than stay low to the ground, as instructed, he “floated” his aircraft, a CH-53 helicopter that’s often called the Jolly Green Giant. Rather than fly at “tree top” level, he was floating above the zone at approximately 700 feet in the air – a perfect target. Suddenly, a streak of white smoke twisted and turned as it tracked the CH-53. The white smoke was the first SA-7 Strela, a Russian-made, heat-seeking missile fired from the shoulder rocket we had encountered. We had been “briefed” that the Vietcong were now armed with this new technology, but this was our first real-life encounter with it. 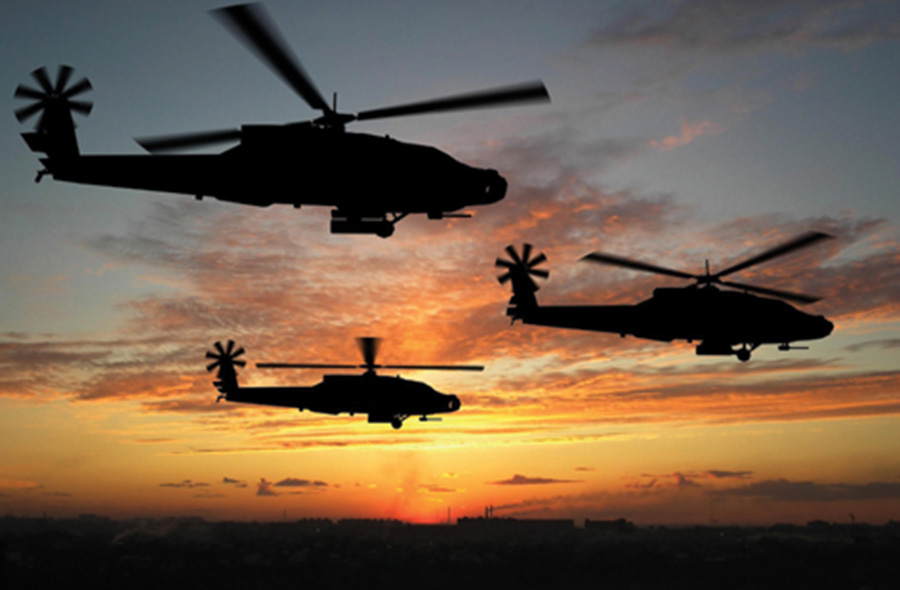 Sixty-two South Vietnamese Marines on board my friend’s aircraft lost their lives when the giant helicopter crashed and burned. The U.S. Marine pilots and gunners survived the crash and were rescued immediately.

I saw this friend, this pilot who lost his aircraft in addition to the 62 lives, at a squadron reunion about 10 years after the war was over. He was still “being lame,” refusing to take full responsibility for his incompetence, fear, panic… and the casualties that resulted from it. He was still blaming “new technology”— rather than the fact that he was “floating” above the zone, easy prey for the Vietcong.

My point to all this “war talk” is we have a nation of leaders who are incompetent, fearful and panicked. When I turn on the television and watch them speak, I wish they would be less lame and more forthright. I’d rather hear them say: “This problem exists because we cannot solve our problems. We as a nation are in serious trouble. Our national debt is beyond our abilities to fix. It is estimated that the true national debt, which includes off-balance sheet liabilities, is $50 to $200 trillion. We need to prepare for rough times ahead.”

To me, that would be leadership.

In the sidebar article here, my dear friend and advisor, Blair Singer, writes about the examples of leadership he witnessed while climbing Mt. Kilimanjaro with his son. It is an inspiring story and example of how even in the most remote places on earth, inspirational leadership is necessary – and found. He has titled his sidebar to this article Leadership at 19,340 Feet.

In a previous issue of Jetset, I wrote about our amazing experience climbing Mt. Kilimanjaro. While I learned many life-changing lessons on that mountain, I’ve chosen to write about something I learned on that trip that may be invisible to most. It is a lesson about leadership.

Taking average folks from the comfort of their homes in Scottsdale to the outstretched arms and spirits of children in need in far-away Tanzania (and then safely to the top of the largest free-standing mountain in the world) is the work of incredible leaders. Leaders who, by the way, are unsung in the world of business, media and social circles. 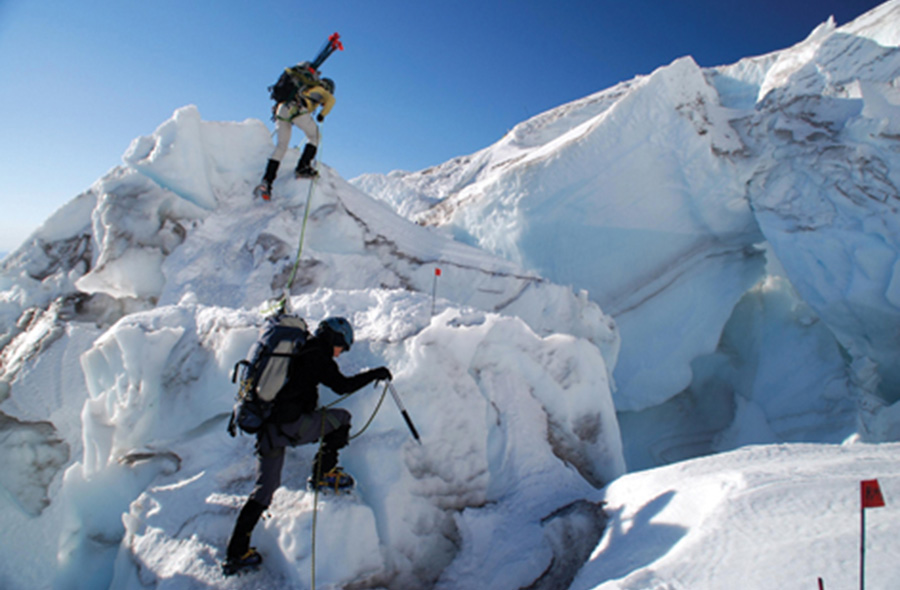 The leaders of K2 Summit Productions did what I talk about in all my training programs – and did it in a way that I have seen few other do it. They created a context, or environment, without workshops, without preaching, without catchy slogans, without books, podcasts, seminars, titles, broadcasts, or endorsements. And what they accomplished not only transformed all of us on the expedition, but has become instrumental in transforming a country.

In the last five years, Kevin Cherilla and Kristen Sandquist have raised over $2.5 million for medical equipment, resources, and supplies for an orphanage and school in Moshi Tanzania. It is part of their quest to support disabled and disenfranchised children and families around the world by providing healthcare and education from the proceeds of their expeditions and charitable fundraising.

I could spend days – and thousands of words – talking about the immense heart and spirit that they and their team exhibit supporting kids that the world has given up on and left behind. They do this in Tanzania, Peru, Nepal and across the United States.

You come to see that each mountain that they climb represents the even bigger mountains, mountains that these challenged kids have to climb every day to either stay alive or have a life… mountains of disease, abandonment, blindness, poverty, lack of education. As a student of great leaders and someone who is committed to helping organizations and companies and families build championship teams, I took note of what they did to get others to step up – literally – to such great heights.

In the next issue of Jetset, I’ll share K2 leadership’s ten secrets. As with Robert’s teachings related to personal finance and financial freedom, you’ll find that strong leadership starts not with words… but with creating a context – an environment – that creates extraordinary results.

There is a reason that I chose the topic of leadership for my contribution to Jetset. My message today is that we need more leaders like you to step forward… to fill a void that has the potential of impacting us all.

“To Those Whom Much Is Given, Much Is Expected.”

I look forward to coming full circle on this topic in the next issue of Jetset, and that article will include more from Blair on K2’s leadership and their formula for success that has played such an important role in the work they do around the world.

In closing, I’ll leave you with a thought, a thread, that I will pick up next issue… a quote from Robert Kennedy…