From Vietnam to the Middle East: Lessons from JFK on Fighting Terrorism 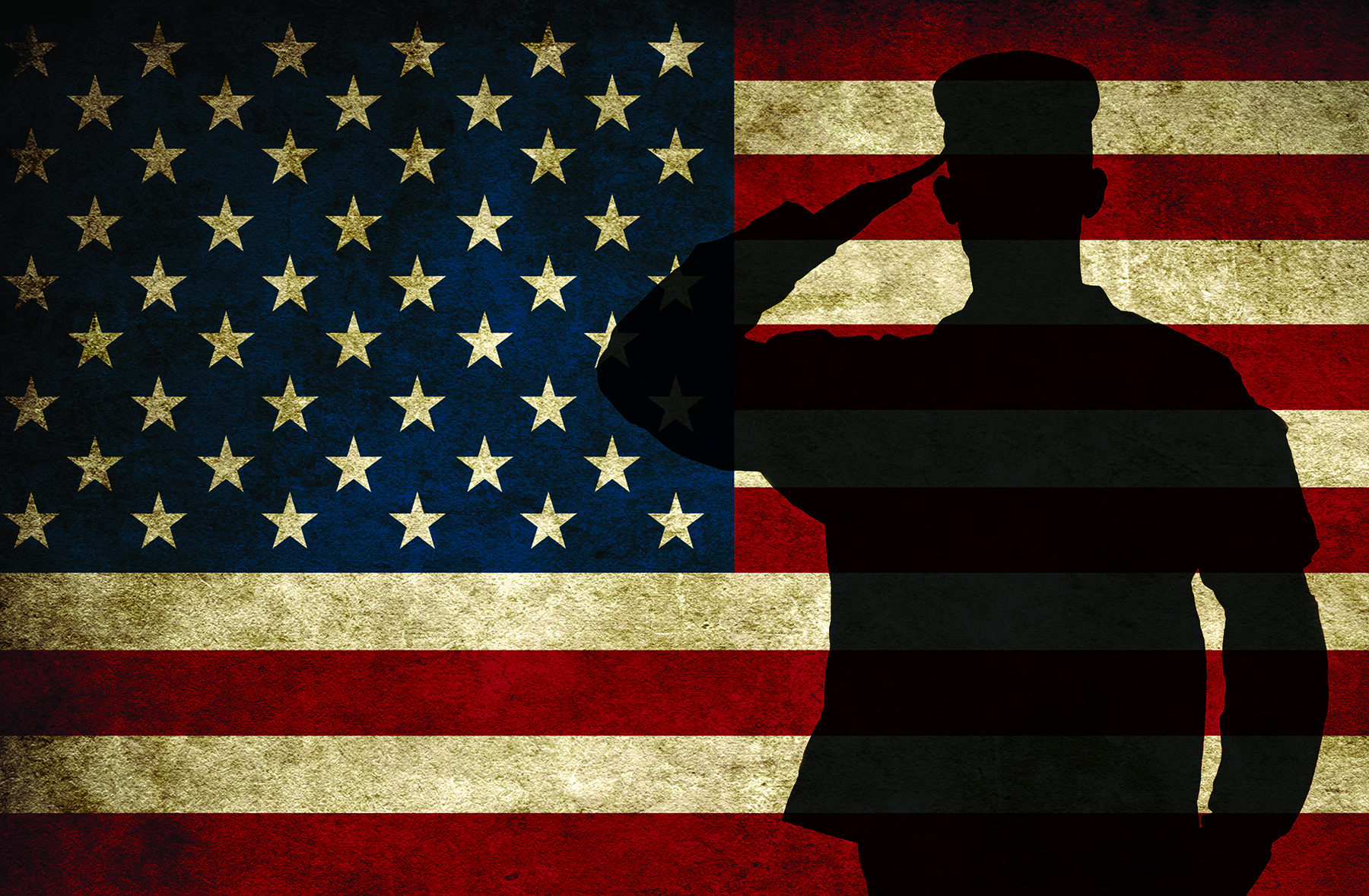 In 1960, my parents dragged the four of us kids to hear Dr. Tom Dooley. Known as The American Doctor, Dooley was working to save lives in Vietnam and Laos. He was young, handsome, and charismatic, much like Senator John Kennedy, a man who would soon to be our president. Dr. Dooley’s talk struck a chord that had many people crying as he described the cruelty of the Viet Cong in Vietnam and Laos. I was 13 years old that day, just becoming aware of the world outside of my tiny hometown of Hilo, Hawaii.

My mother, a registered nurse, wept as Dr. Dooley described the wounds and trauma he and his team faced on a daily basis. After his talk, most people in the room gave generously; it was their way of fighting the war on terror. Afterwards, we drove home in silence. I could tell my parents were deeply disturbed and deeply in thought. Mom turned to us and said, “I hope you boys won’t have to fight in that war.” Nevertheless, a few years later my younger brother and I were fighting terrorism in Thailand and Vietnam…. 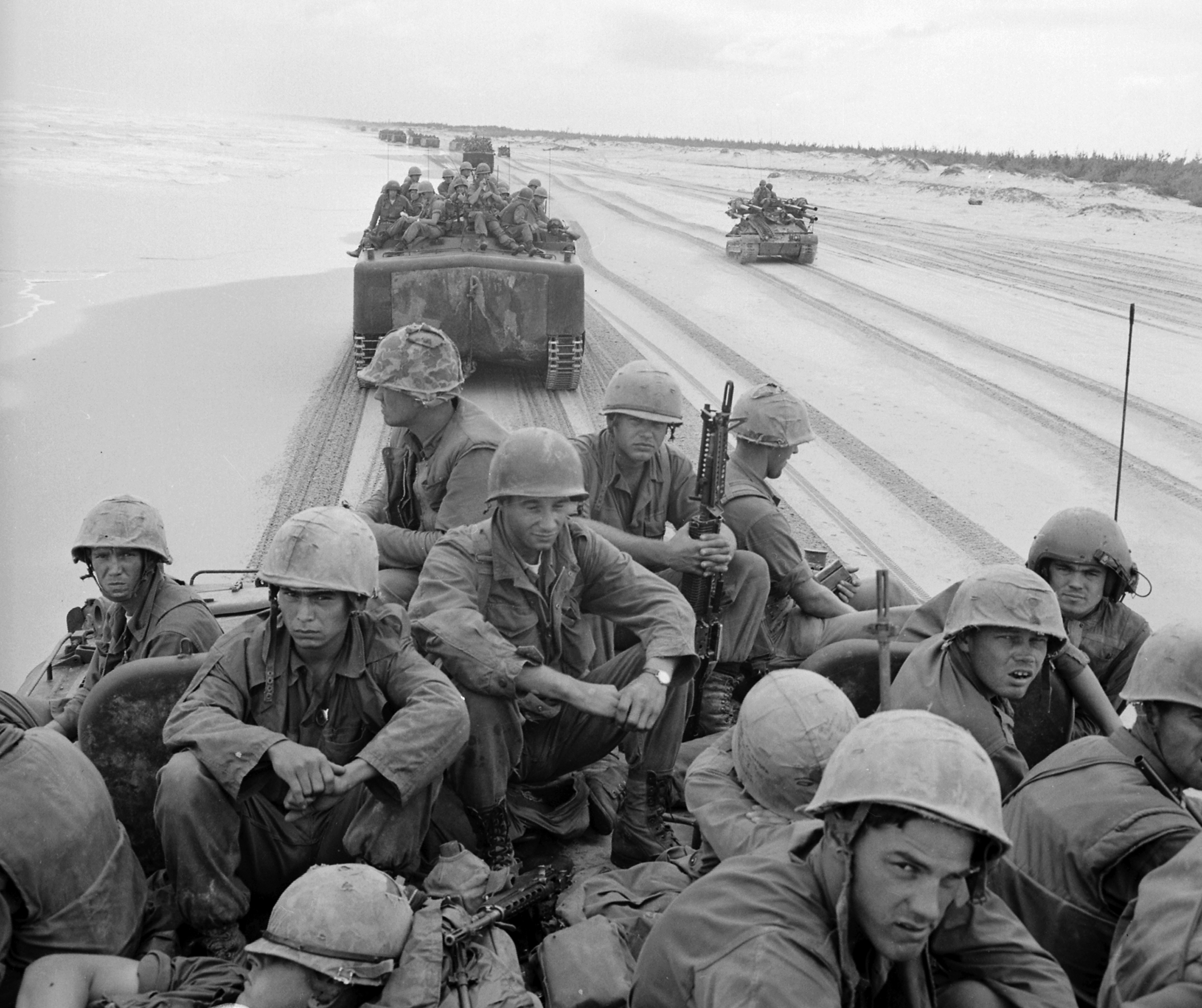 Today we are threatened by terrorism from groups like al-Qaeda and ISIS. Terrorism has invaded our cities here, not half a world away in some remote Asian jungle. On September 11, 2001, we were attacked and 2,996 people died. It was the deadliest incident for firefighters and law enforcement officers in the history of the United States, with 343 and 71 killed, respectively; on April 15, 2013, two brothers set off pressure cookers during the Boston Marathon; on December 3, 2015 in San Bernardino, California, 14 people were killed and 22 wounded in terrorist attack….

Millions wonder how we will fight today’s “war on terror.” How do we fight an enemy who may be a co-worker, a fellow passenger, a sports fan, a concertgoer…or the person living next door to us?

In the early Sixties, the world faced a different terror, the terror of nuclear war and possible annihilation of the human race. In schools we practiced hiding under our desks, in the event of a nuclear attack. How a desk was going to save us, I still do not know. Many families built fallout shelters; I remember going to fallout shelter parties and wondering where our family would hide, in the event of a nuclear attack. The words “Cold War” and “Nuclear Winter” were in thoughts and conversations daily. On January 20, 1961, President Kennedy’s inaugural speech carried words on fighting terrorism that are as relevant today as they were 55 years ago:

“The world is very different now. For man holds in his mortal hands the power to abolish all forms of human poverty and all forms of human life. And yet the same revolutionary beliefs for which our forebears fought are still at issue around the globe —t he belief that the rights of man come not from the generosity of the state but from the hand of God.”

In 1962, my mom and dad took sabbaticals from their jobs and joined President Kennedy’s Peace Corps. The cut in pay put a strain on our lifestyle, but those years were our family’s happiest. Rather than dig a hole in the ground and build a fallout shelter, mom and dad went to work against two of the common enemies of man: poverty and disease. In 1966, at the age of 19, I sailed into Cam Ranh Bay, Vietnam on board a U.S. Military Transport, delivering 500-, 750-, and 1,000-pound bombs for the military build-up in Vietnam. In 1972, I was flying in Vietnam as a U.S. Marine Corps pilot. I went into the service against man’s common enemies: tyranny and war. 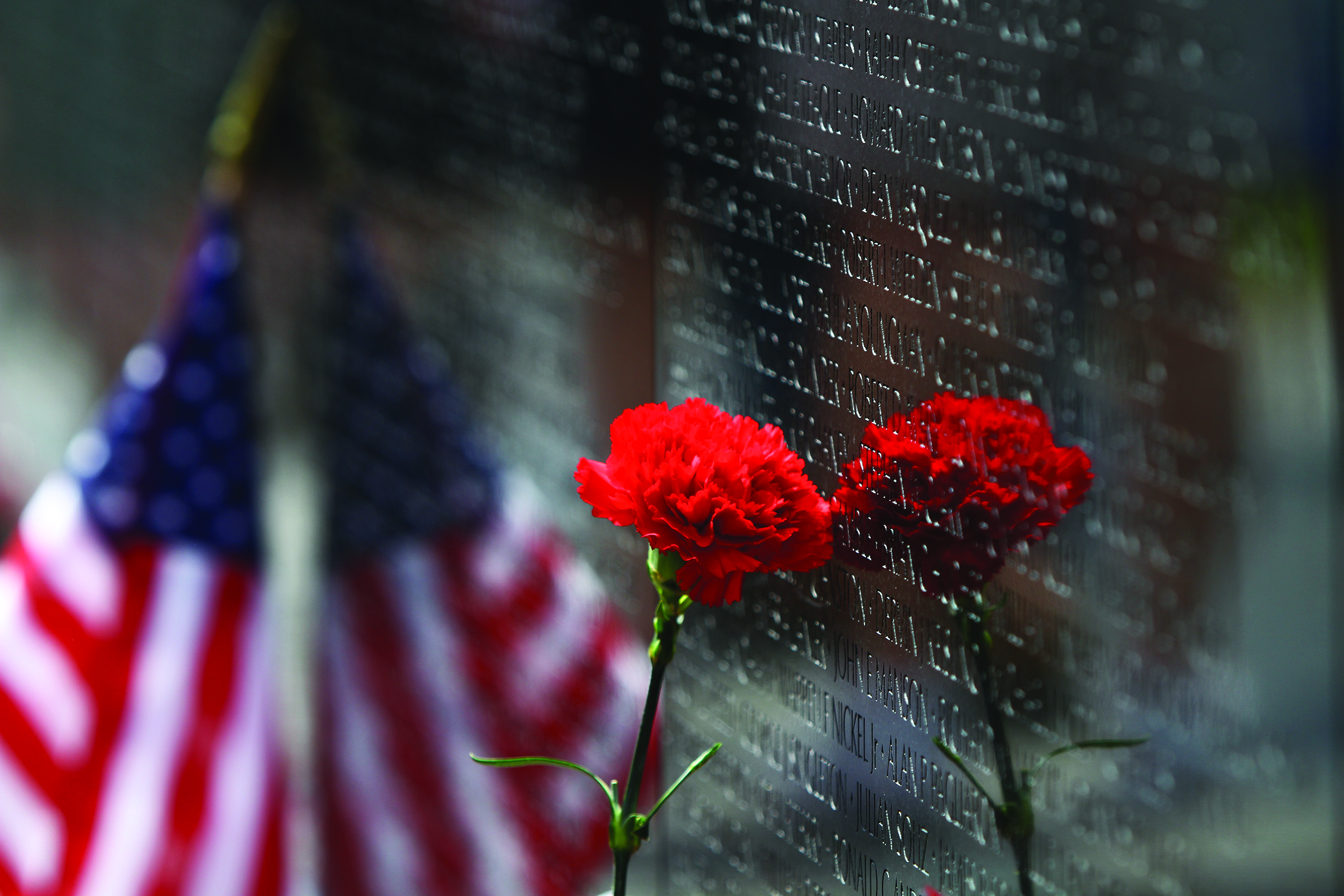 How do we fight terrorism in 2016? Again, JFK’s inaugural address speaks to us today: “Let every nation know, whether it wishes us well or ill, that we shall pay any price, bear any burden, meet any hardship, support any friend, oppose any foe to assure the survival and the success of liberty.”

In November of 2015, I was in Vietnam once again. I had time to visit the Củ Chi tunnels, just outside of Ho Chi Minh City (formally Saigon). It was my third trip back to Vietnam. I return periodically to make peace and seek answers to questions that may never be answered. Today, the Củ Chi tunnels are a tourist attraction. Rather than hide in tunnels from U.S. aircraft and bombs, tourists today pay to wander around the grounds, crawling in and out of the tunnels connecting underground rooms where the Viet Cong lived, fighting first the French and then the Americans.

As I wandered around, I was reminded of how many times the enemy just seemed to…disappear. Now I know where they went. More importantly, I began to understand why a poor, third-world country beat the most powerful country in the world. They wanted to win more than we did. It was not easy looking at captured U.S. weapons. It was not easy watching their films in which they proudly described how they beat French and American terrorists. It was not easy hearing the Vietnam War called the American War. It was not easy crawling in and out of underground rooms in which the VC lived, cooked, and cared for their wounded. I felt for the U.S. troops, known as “tunnel rats,” who went into the tunnels with only a flash light and a pistol.

As I toured the Củ Chi tunnels, my guide’s words reminded me of former Iraqi Prime Minister Nouri al-Maliki, a Shia CIA puppet, who failed to unite the factions of Iraq. And what does Iraq have in common with Vietnam? That three-letter word: oil. Today the core of ISIS is made up of Sunnis, once members of the U.S.-trained Iraqi army. My other guide was a child of a Viet Cong doctor, fighting in the south. He said his father, a doctor in civilian life, left home in 1960 and did not return to his mother until 1975. 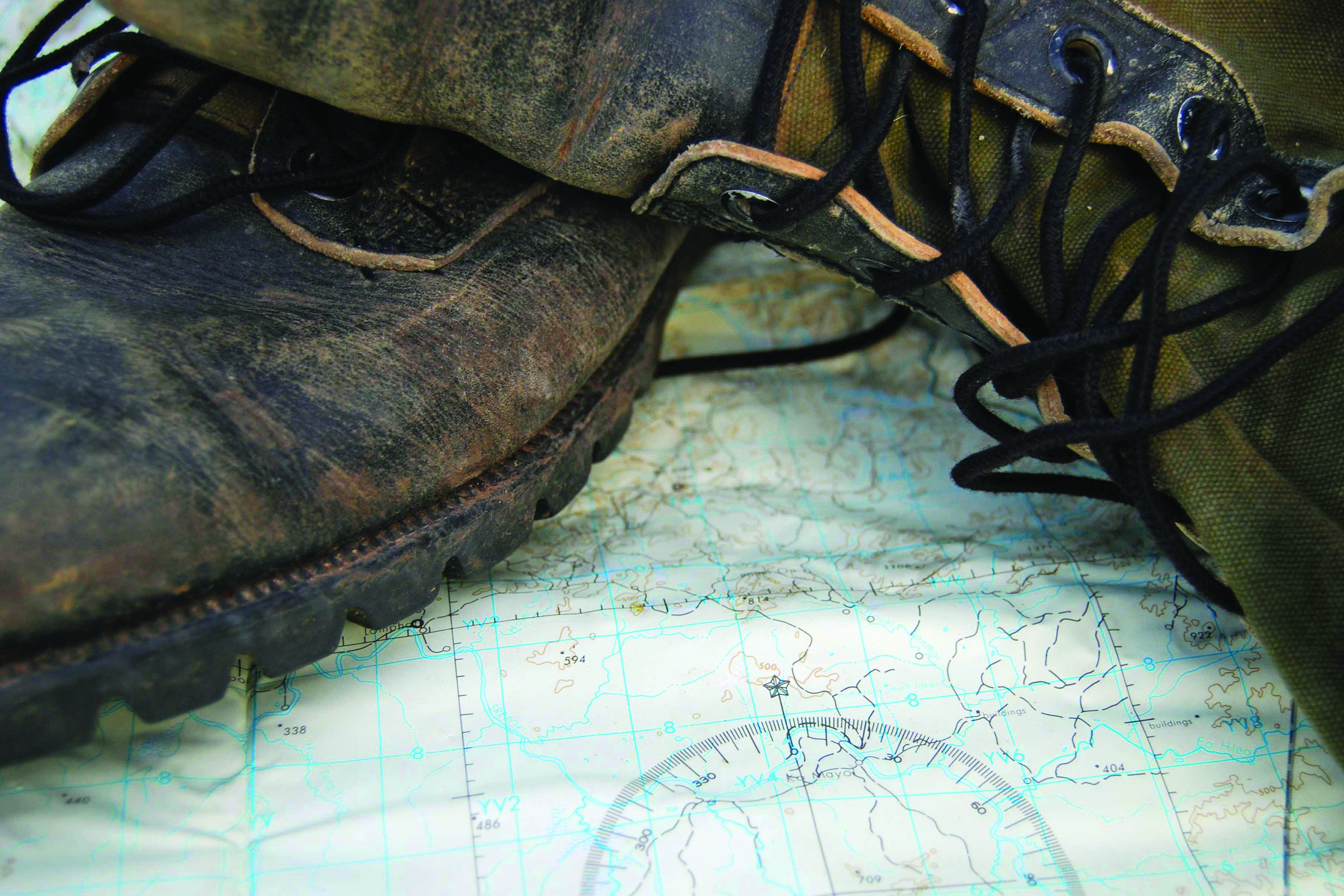 His father was much like Dr. Tom Dooley, caring for the wounded and dying, in the underground hospitals of the Củ Chi tunnels. Both of my hosts were born after the “American War,” and held no animosity toward America or me. For them, the American War was over. I was still in Vietnam on November 13, 2015, when the terrorists struck Paris. It was interesting to be in Vietnam, knowing that, to the Vietnamese, the French, and the Americans were former terrorists of some kind. I return to Vietnam to teach, to make peace, and to seek answers to unanswered questions, questions such as, “Why were we fighting in Vietnam?” “Why were we fighting people who had not attacked the United States?”

Today I ask similar questions. Like: “Why did we attack Iraq when the 9/11 terrorist came from Saudi Arabia?” “Where are the weapons of mass destruction?” “Why did we kill Saddam Hussein and destabilize the entire Middle East?” “How will the world deal with millions of refugees seeking a better life in the free world? Once again, President Kennedy’s inaugural address offers a vision of the future:

To our sister republics south of our border, we offer a special pledge — to convert our good words into good deeds — in a new alliance for progress — to assist free men and free governments in casting off the chains of poverty. But this peaceful revolution of hope cannot become the prey of hostile powers. Let all our neighbors know that we shall join with them to oppose aggression or subversion anywhere in the Americas. And let every other power know that this Hemisphere intends to remain the master of its own house.

Soon we will elect a new president. Let us pray that our new president, regardless of party, be a leader with the same heart, strength, and vision of John. F. Kennedy. Because JFK’s words are still true today: “In the long history of the world, only a few generations have been granted the role of defending freedom in its hour of maximum danger.” Of course everyone remembers: “My fellow Americans, ask not what your country can do for you, ask what you can do for your country.” And it’s a great line. But I especially like the one that follows: “My fellow citizens of the world, ask not what America will do for you, but what together we can do for the freedom of man….”