Is Lifelogging Filling Pandora’s (In)box? Digitally Capturing Your Life — One Frame at a Time 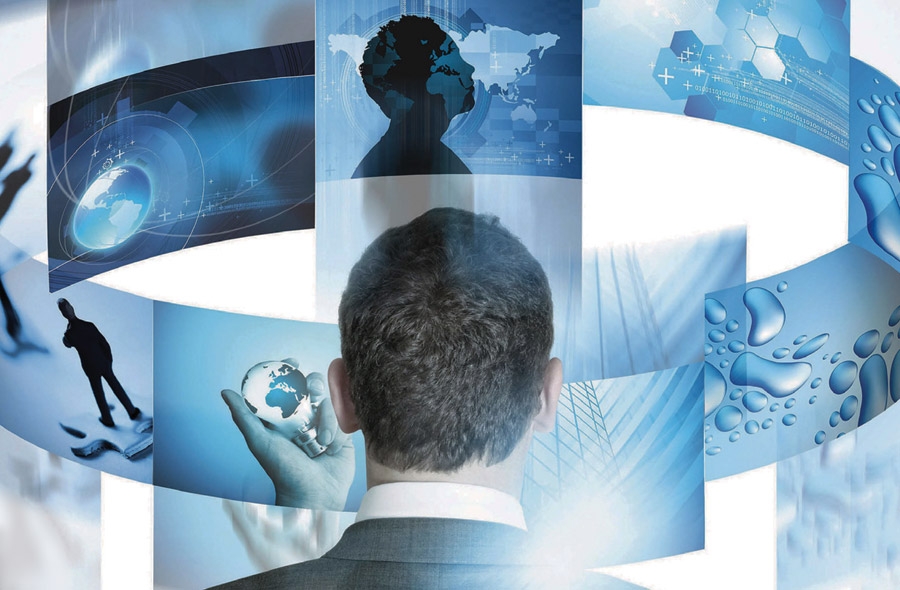 It was not the breakfast meeting I’d expected. Living in the same Northern California community for many years, Dr. Jim Gemmell and I had become nearly-good friends.

Every so often we’d grab a coffee to get caught up on our lives and latest endeavors, and we enjoyed a mutual appreciation for one another’s contributions to the universe of software technologies and the various innovations that our respective careers had spawned over the past two-and-a-half decades.

While I am every bit a serial tech entrepreneur (read: caution-adverse, more intuitive than logical, surrounding myself with people more capable than I to pursue a 1-in-12 chance of building something sustainable), for sixteen years, Jim was one of Microsoft’s leading research scientists (read: genius software architect, disciplined and contemplative, more solitary than not, hard core coder). Working alongside tech legends like Dr. Gordon Bell (“the father of the mini-computer” and a principal researcher at Microsoft), he was extraordinarily productive developing a sizable body of research, publishing influential articles in scores of scholarly journals, and building advanced software libraries and methodologies that are being used in consumer and business products, universities and computer labs throughout the world.

We’d barely ordered coffee when Jim began fiddling with a device he was wearing around his neck. Dangling from a simple lanyard was a non-descript, flat-black plastic box that was roughly half the size of an iPhone 5 and slightly thicker. In its center was what appeared to be a lens, and to its left and slightly further up was a small semi-opaque plastic dome. The imprecise seams of the device added to its fresh-from-the-lab look. Removing it from his neck, he placed it on a table next to ours, facing it toward us. A small LED now glowed on its front. It was on.

It was early December, 2011 and a month prior I’d sold my latest company — an electronic trading platform for buying and selling portfolios of consumer debt — to the ICE: Intercontinental Exchange (they were the perfect home for the company and would apply their enormous influence to give it a proper launch on Wall Street and abroad). In the run-up to the sale, I’d roughed out a dozen ideas that I might pursue after the deal closed — the majority in financial technology. While most of these potential pursuits were signed away when I executed a restrictive non-compete attendant to the sale, I’d begun socializing one in particular.

After we’d chatted a few minutes, Jim asked me what I was going to do next. I hadn’t really spent much time describing the idea, so I gave him the rough edges, saying something like, “I’m thinking about building a secure digital space where all the important information about the stuff people own resides. We’d have to build technologies to collect and automatically update that information, and then create applications that extract the information for users’ benefit.” He looked puzzled. Either I’d made absolutely no sense, or the idea was preposterous. He asked incredulously if I’d read his book. I hadn’t. In fact, I didn’t know he wrote anything but code and dissertations for peer review.

The book, My Life Uploaded, is a seminal work co-authored by Jim and Dr. Bell heralding a time in the not-so-distant future when all of life will be digitally captured in real time, stored in a secure connected space, automatically organized and actively managed, with applications created to extract it for myriad human benefit. These arenas of application, and the technologies to support them, are the primary themes that form the corpus of one of the most important columns of emerging technology known as lifelogging. And make no mistake, we will all be affected by its growing prominence in nearly every aspect of our lives.

Jim’s mysterious device (called the SenseCam, created by Microsoft researchers and later commercially produced) was at that very moment capturing a video frame about every minute. And whenever he was awake and proximal to his SenseCam, his life, his contacts and activity were being recorded and stored to be later extracted in applications that would illuminate his memory and visually catalogue his existence.

A few months later, Jim and I were filmed for a documentary about lifelogging. The chief sponsor of the documentary was a start-up Swedish company called Memoto, who was finalizing the designs for a mass-produced, consumer version of the beta camera that Jim and his colleagues had built —a stamp-sized unit that clips to a user’s lapel and takes a high-res photo every 30 seconds. While Memoto is one of the newest tools for acolytes of the growing “Quantified Self” movement (the Technorazzi’s bigger frame in which lifelogging fits), Jim and Gordon’s prophetic insight is emerging at a rate distinctly more rapid than anticipated. And it doesn’t take geek-chic tech gear to be an active (wittingly or not) participant in the movement. The unprecedented rise of search and social network giants Google and Facebook has seen us all live and record progressively more “digital” lives. Every second, billions of people — socially connected and private alike — generate swells of personal data through their interactions with almost everything online and offline.

And this trend is not going unnoticed. Dozens of companies and applications are emerging that will make the digital life as indispensible as a mobile phone. Evernote, (a company whose CEO credits Jim and Gordon as the key influencers of his strategy) encourages everyone to “remember everything,” and over 40 million people use it to “capture, organize and find information.” Nike’s Fuelband automatically tracks daily fitness and uploads it to a personal fitness log. FitBit and Readiband take it further by including sleep patterns. WIN Human Recorder goes even further and measures ECG, temperature and movement. Mark Zuckerburg labels his Facebook TimeLine as the “story of your life,” and — from Bedpost — there’s even a service to track and provide insight into your sex life. From wearable, fashion-forward cameras, daily health minders and memory lockboxes to applications for collecting and managing all the information about what you own, all of life, it appears, is inexorably going digital.

As these deliberate forms of lifelogging continue to rise in popularity, every industry sector stands to be impacted by the daily collection of our digital interactions. The next time you take a taxi (or Uber car), shop your favorite brand at Nordstrom or buy an iPad from one of Apple’s mobile checkout clerks, you’ll be asked, “Would you like your receipt emailed to you?” This is more than mere paper-saving convenience. Progressive businesses are offering a range of services at the point of purchase, from customized upsell offers to special insurance policies. This powerful coalescence of commerce, live centralized data and mobile devices not only helps businesses log and better predict what type of purchases one might make in the future, but also empowers the consumer through a convenient means of collecting all the information about their purchases directly to their inbox, or other more specialized active digital repositories like Trov.

From my perspective, something remarkably powerful will be gained from curating this type of data. When life-defining data (like what I own, or where I’ve been, or what I prefer) is controlled by the consumer, and not by the institution that serves or seeks to serve them, there arises opportunity for the data-empowered consumer to turn the wheels of commerce in a whole new way. Imagine that you purchase a piece of jewelry at auction. What if, from the point of sale, the data about that transaction, the jeweler’s warranty, gem certification, appraisal, maintenance instructions, insurance and other documentation were all sent to a secure, easily accessible location? And that over its lifetime, like a node on your social network, that item could prompt and alert you on relevant details about itself

— like if its value appreciates due to market changes, or if it is underinsured or its warranty is about to expire. Viewed in this commercial context, this column of lifelogging will have a very practical role to play in the management of our tangible wealth, similar to how financial wealth management technologies have helped us manage traditional portfolios in the past. In contrast, while traditional players may be accustomed to managing large portfolios of static data, this new consolidation of constantly changing information represents an entirely different set of challenges and opportunities.

So, regardless of whether or not you wear a camera on your clothes or actively log your acquisitive life, one thing is certain: you are a data-producing machine, churning at a rate that has outpaced the average human’s ability to consume and manage it. In these pages I will explore some of the considerations for high net worth individuals living at the intersection of lifelogging, tangible wealth management and technology. We’ll look at the impact of the collected digital life on commerce, privacy, asset management, culture and social connectivity, and expose some of the opportunities and challenges presented when life is increasingly subsumed by all things digital. 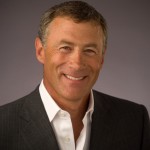 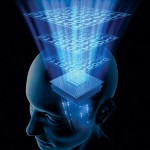 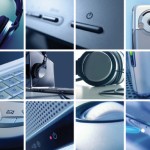 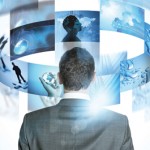