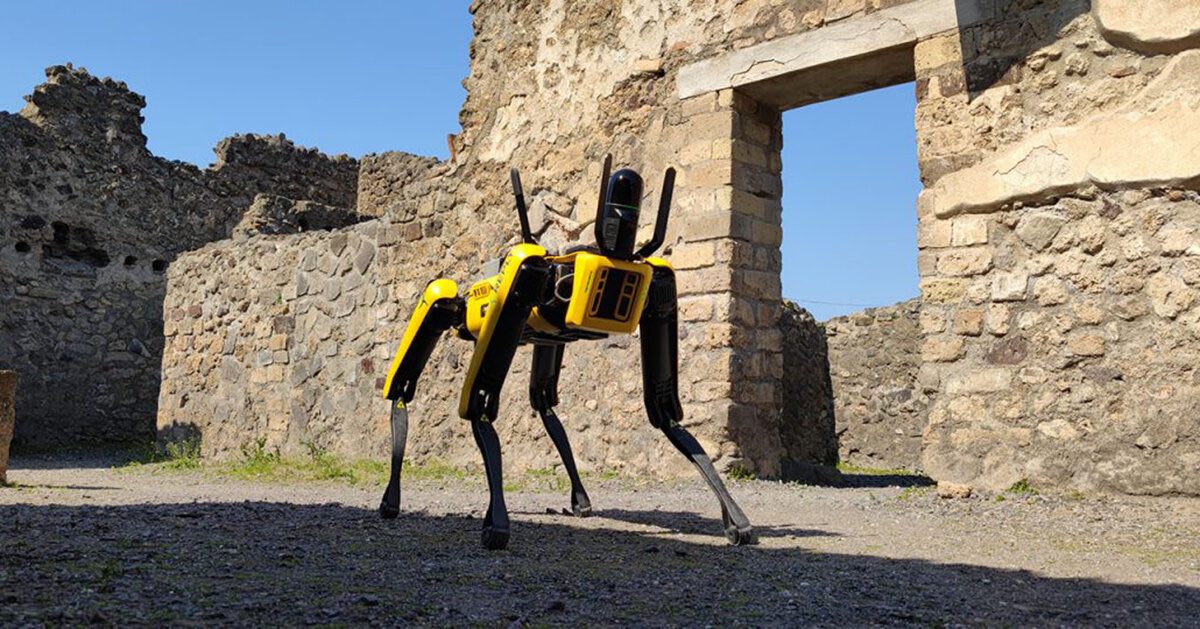 Affectionately named Spot, the new robot dog will watch and guard the premises using its multiple strategically placed cameras and scanning sensors and its highly honed mobility. Spot is designed to examine even the tightest of places, collecting and gathering data that may be used to design actions to address architectural and security risks. Spot patrols Pompeii at night just like most real dogs, while the site is closed, or unoccupied by visitors. Additionally, this new security guard works without compromising the integrity of the foundation’s remains. 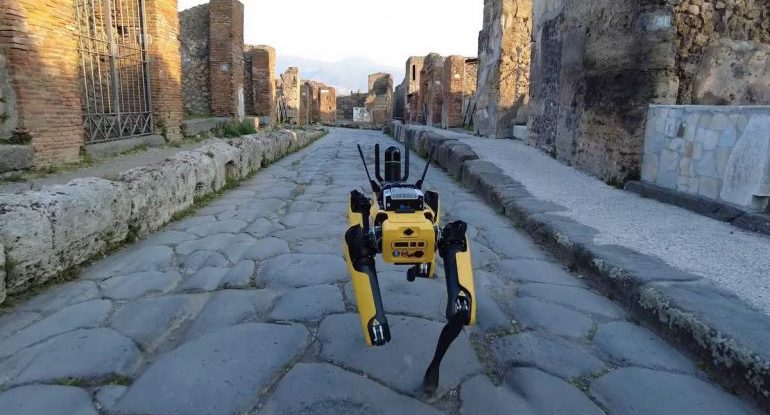 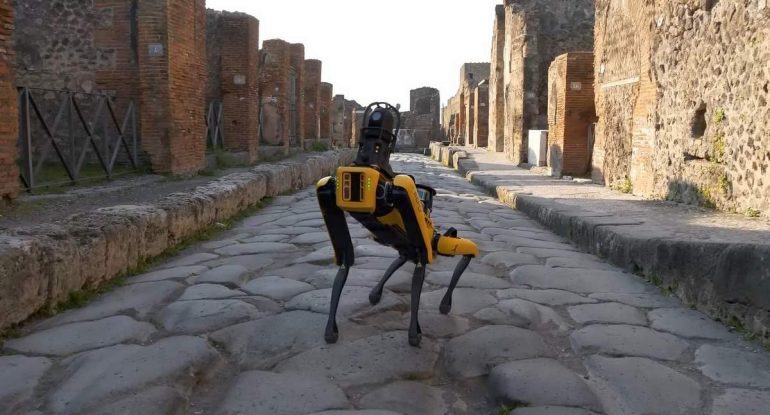 The intelligent smart platform systems that were developed and incorporated within the core software of the robot dog for data analysis, are required to make robot inspection data relevant and usable for operations at the ancient Pompeii Park. Grave robbers frequently excavate tunnels in which the safety circumstances are exceedingly risky; thus, the deployment of a robot might represent a milestone which would enable us to advance with a more seamless, expedited pace and in absolute safety.

Spot offers a real-time livestream view to local authorities located off-site, particularly along its most difficult paths, collecting, and recording information when Pompei grave robbing and unlawful relic hunting are prevalent on the grounds.

The engineered tech-canine comprises two battery packs, a charger and adapter, a touchscreen tablet control system, 16GB of RAM, 512Gb internal memory storage, and is directly powered by Boston Dynamics APIs. At $75,000, Spot is not your typical golden retriever. Spot is a fantastic choice not just for the archeological complexes or museums of Pompeii, but for many other fields such as healthcare, and the military because its versatile mobile framework, scanning capabilities, and information capabilities. Though on the higher end of the security pricing scale, long-term benefits might be immeasurable if indeed the robotic dog is able to pinpoint potential structural or security concerns prior to any event happening.

The innovative conception, design, and ultimate build of Spot, reveals a greater value than anticipated. This four-legged technological masterpiece-machine works to help human beings in assuring historic landmark archeological sites are safe and secure for future generations to experience.

Thieves in hopes of pillaging priceless artifacts at Pompeii and other treasured worldly sites may have just met their match. The once alive and volatile volcano that darkened the sky and engulfed the city of Pompeii in ash clouds, is now being patrolled with robot dogs, protecting the city’s dearly departed from the effects of time, and modern day pirates.