Wolverine’s Den: Hugh Jackman’s NYC Triplex is on the Market 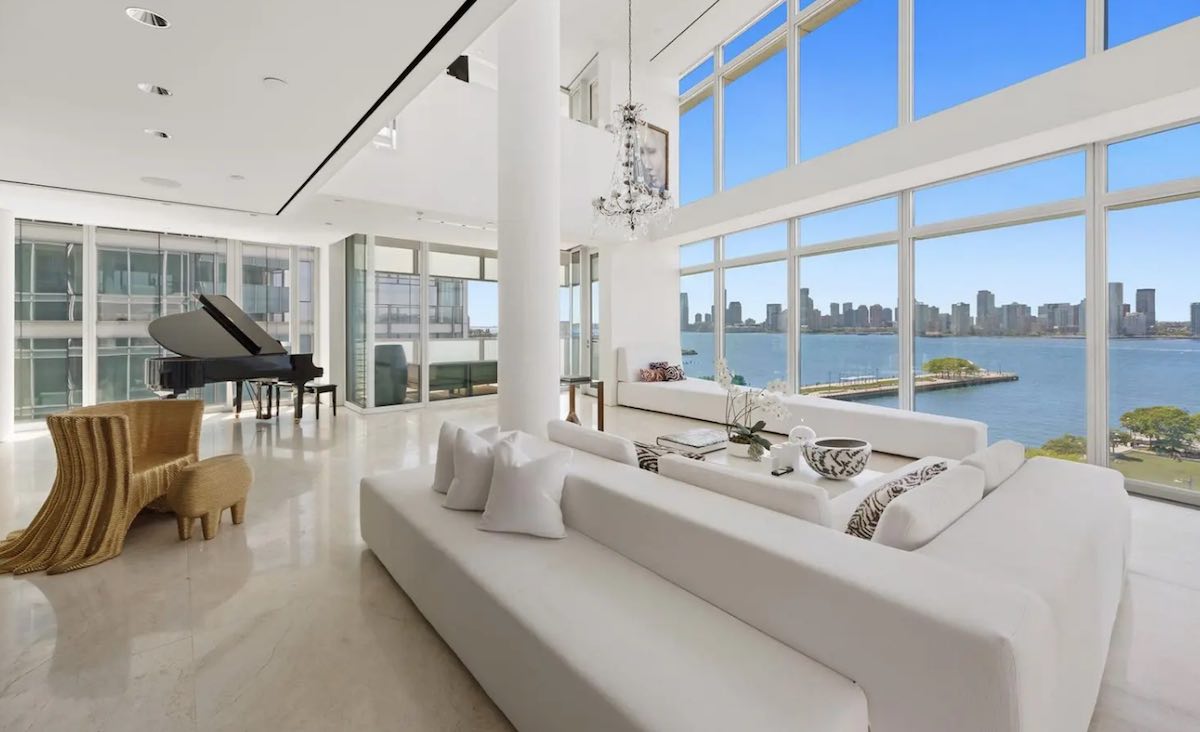 Hugh Jackman has opted to turn out the lights on his gorgeous New York City triplex after more than 10 years of calling it home.

The movie star, who recently returned to Broadway to act in a remake version of The Music Man, purchased the opulent West Village three-story home with his wife Deborra-Lee Furness in 2008 for $21 million. The two-time Tony Award winner has now made available his five-bedroom property for $39 million with the Corcoran Group. 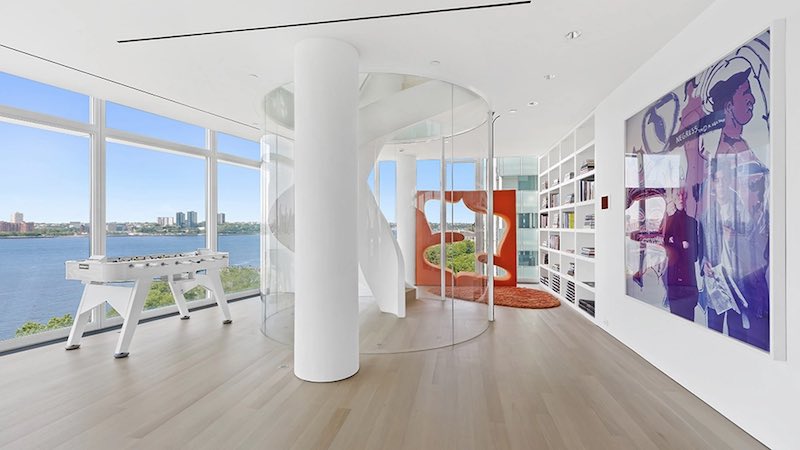 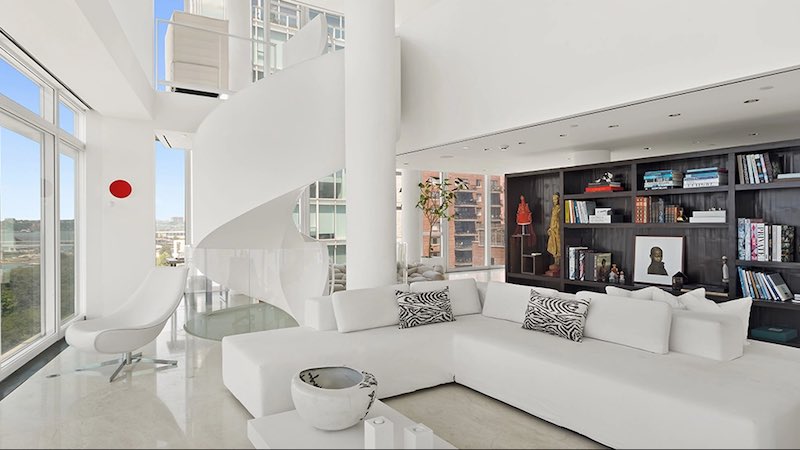 Planned and created by celebrity architect Richard Meier, the 11,000 square-foot residence showcases paramount views of the city and modern incomparable design. Meier has developed numerous famous buildings and landmarks, including the Barcelona Museum of Contemporary Art, and the Getty Center in Los Angeles, and Jackson’s personal residence is yet another work of art, intriguing design and suitability.

The massive triplex is located on 176 Perry Street, a secluded building, and according to selling agent Deborah Grubman, it is the only unit in the boutique building with interior amenities specifically designed by the renowned architect.

Beginning on the eighth story, there is a spacious updated entertainment area with a well-appointed balcony overlooking the iconic Hudson River. Four bedrooms with lavish ensuite bathrooms and a library that functions as a fifth guest room, are also situated on the eighth floor.

Highlighting the center of the ninth floor is a stunning living room space offering scenic western sunset views of the river, and New York Harbor through towering walls of windows. Also on this floor, you will have plenty of accessibility to a gourmet gastronomic kitchen, a dining reception room that also serves as an in-home gallery, and a private home office. Additionally, there is a unique gas fireplace that works to keep you warm throughout the chilly winters of New York City.

The entire 10th story is devoted to the luxurious principal master-suite. It features a spacious bathroom with two sinks, a luxe spa and sauna, and a dedicated deluxe dressing room for Wolverine to change and look his best. Furthermore, there is a fully equipped fitness studio facility for the actor to train and exercise to get ready for his next role. All three stories have massive patios, and they are all magnificently joined together by a sculptural winding spiral staircase. 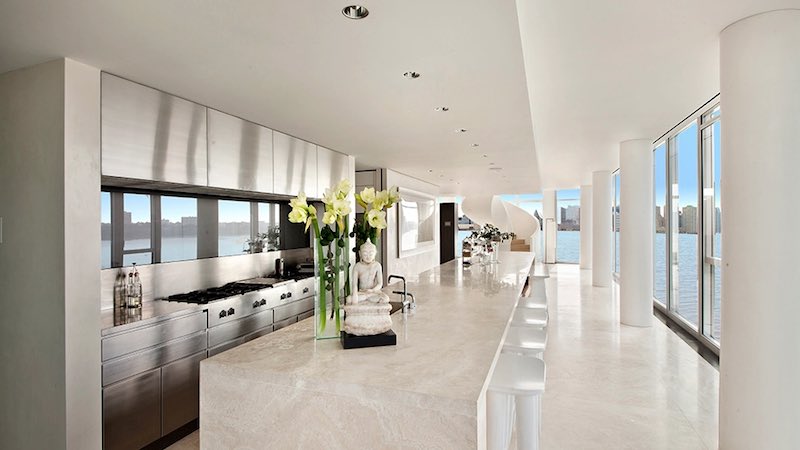 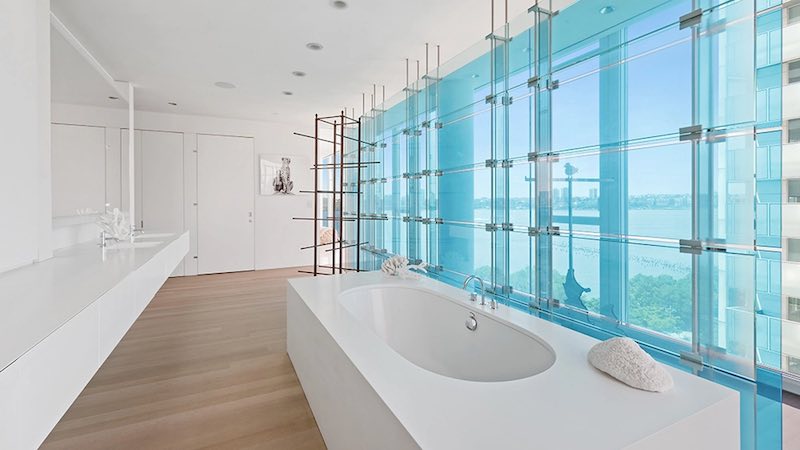 The comprehensive condominium’s concierge general facilities include a state-of-the-art fitness facility, and a 24-hour doorman, not to mention the world class Perry Street Restaurant by Jean-Georges Vongerichten which is conveniently here within the premises. To ensure the utmost privacy, there are just 10 homes in the entire building. Your neighbors could include big name personalities such as Nicole Kidman and Ian Schrage, as they have resided at 176 Perry Street throughout the recent past.

New York City’s real estate industry is experiencing a comeback, and Jackman’s home is following the lead in a series of high-end properties that have entered the market this year.