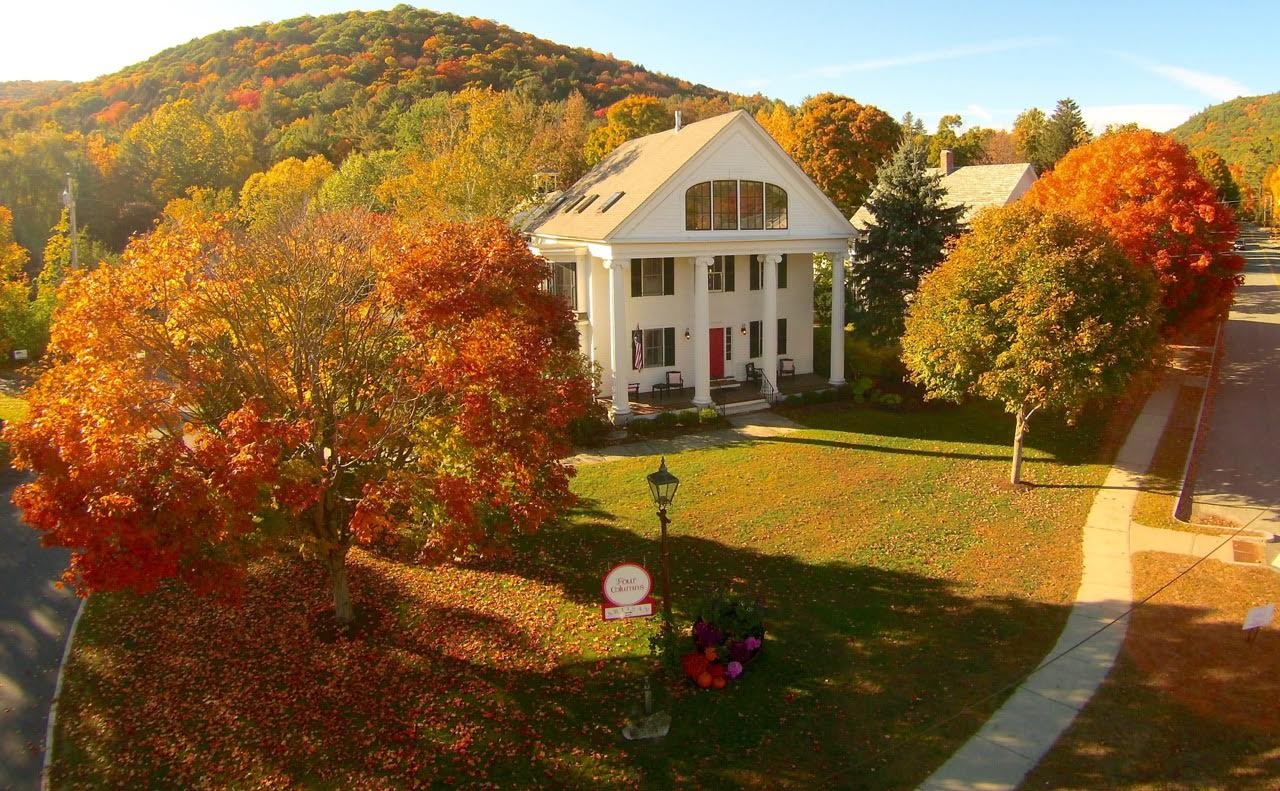 Continuing the legacy of the first ‘Farm to Table’ restaurant in the country.

Since 1965 The Four Columns Inn has been the touch point of southern Vermont’s cultural, artistic and culinary scene. The Inn and its restaurant have welcomed local and international luminaries such as Mick Jagger, Michael Douglas and Sting, who chose Four Columns to celebrate milestone events with friends and family. Economist and Newfane weekend resident John Kenneth Galbraith frequently shared the dining room with Henry Kissinger and other Statesmen throughout the years.

First opened as a guest house in 1965, it was a top tier lodging and dining destination. Operated by Rene and Pierrette Chardain, the Four Columns was the first “true” Farm-to-Table restaurant in the United States, preceding the legendary Alice Waters by four years. The pond was stocked with trout, the garden with vegetables and herbs, chickens and pigs were raised onsite and game birds were sourced from local hunters. Rightfully, the Inn became a highly coveted destination.

In 1981 the Inn was sold and loyal patrons were heartbroken when after changing owners several times, the Four Columns Inn closed its doors nearly two years ago. 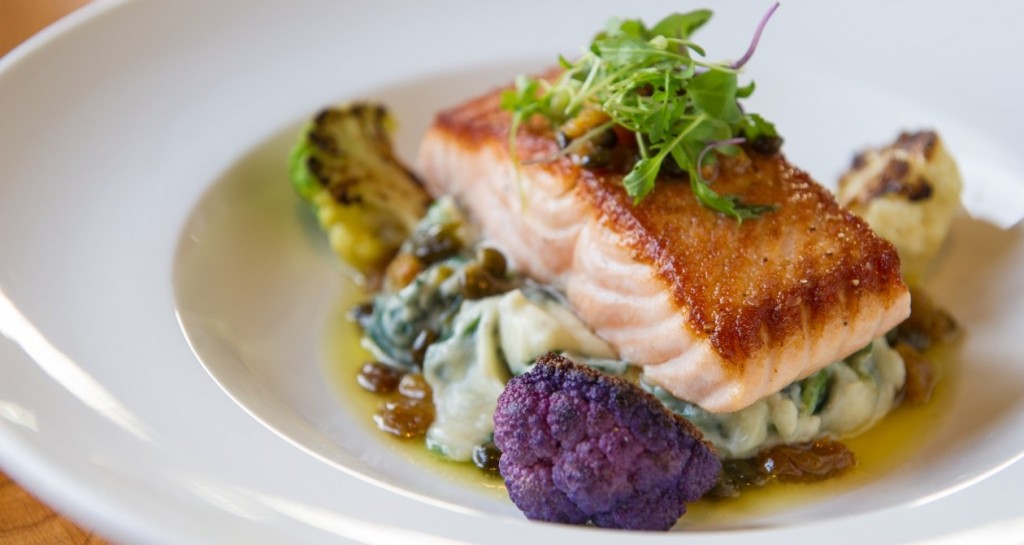 Looking at the jewel, located in the square of gorgeous Newfane, Vermont and so easily accessible from New York, Boston and Hartford, Charles Mallory, Founder and CEO of the Delamar Hotels in Connecticut saw an opportunity to restore what he refers to as “a treasure we couldn’t lose.” After consulting with Chef Frederic Kieffer he decided to put Four Columns back on the map by pairing it with Artisan Restaurant, Tavern and Garden with a continued commitment to support sustainable practices.

For the past year renovations have been underway giving it a contemporary new look while preserving its peaceful Vermont roots. All sixteen rooms are spacious and beautifully appointed, many with oversized bathrooms, soaking tubs and fireplaces. Each one is an oasis of tranquility and luxury. “We wanted to maintain all that people loved about Four Columns and have taken great care to further enhance their experience,” Mallory shares. To complete the Four Columns’ renaissance a Wellness Center and Spa was added with a European style steam room and a fully stocked gym that complimented the outdoor pool. Hiking and snow shoe trails traverse the 138 acres and a picturesque stream and magnificent gardens provide the ultimate country wedding and event destination. The extensive art collection was curated by Diane Birdsall of Old Lyme, CT and is comprised primarily of works from local New England artists and all guest rooms feature unique and original works.

As the ultimate amenity Mallory purchased a corporate membership to the private Hermitage Resort affording guests of Four Columns access when available. Hermitage is an exclusive, four-season private club-community that celebrates the outdoors and family fun, with private mountain activities ranging from Alpine skiing and boarding to
cross-country skiing, snowshoeing and 18-hole golf on a Desmond Muirhead-designed course.