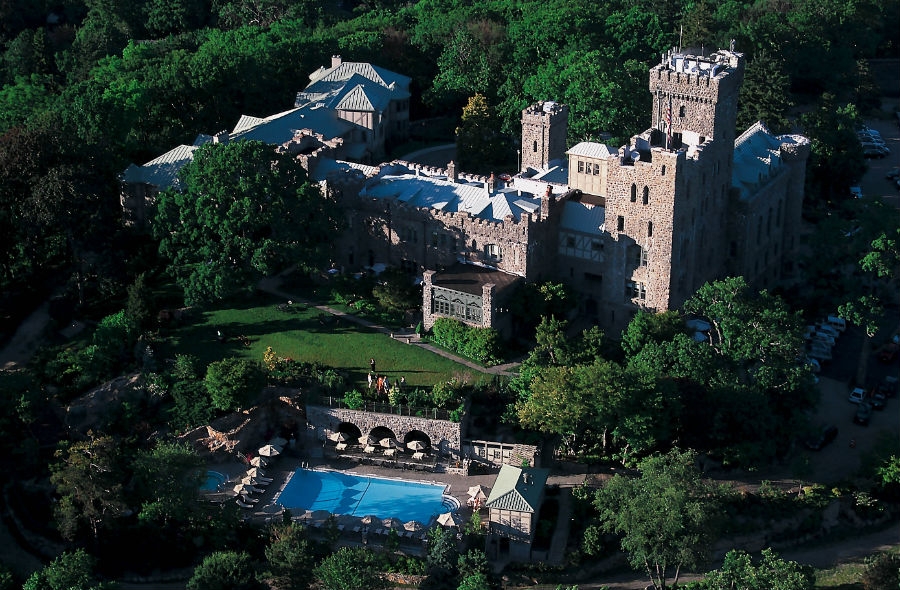 Long before the Castle Hotel & Spa gained its sterling reputation as a world-class destination for relaxing and romantic getaways and superb cuisine, it held a prominent place in Westchester County and New York City society. 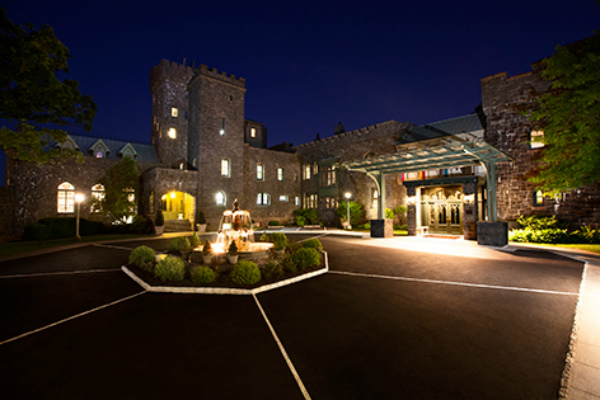 At the turn of the 20th century, when General Howard Carroll, a well-respected newspaperman, playwright and businessman, purchased the land as a home for his growing family. “Carrollcliffe” was built in two stages between 1897 and 1910 in a style reminiscent of Norman fortification in Wales, Scotland and Ireland. The finished castle boasted 45 rooms. 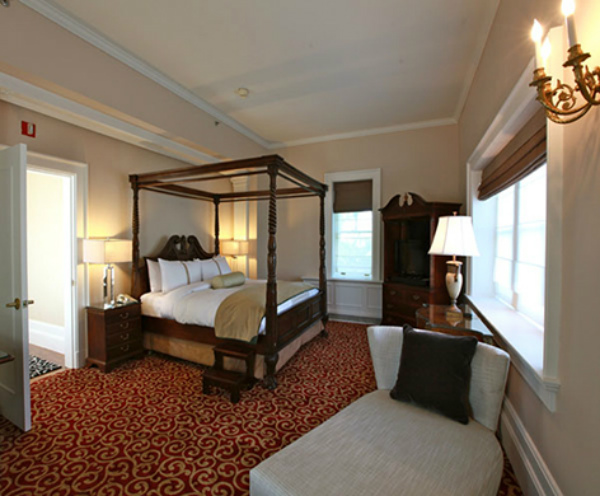 Born in Albany, N.Y. in 1854, Howard Carroll was educated in Albany, New York City, Hanover and Gottingen in Germany, and Geneva, Switzerland. For years, he served as Washington, DC correspondent for The New York Times and later penned successful Broadway plays and books. 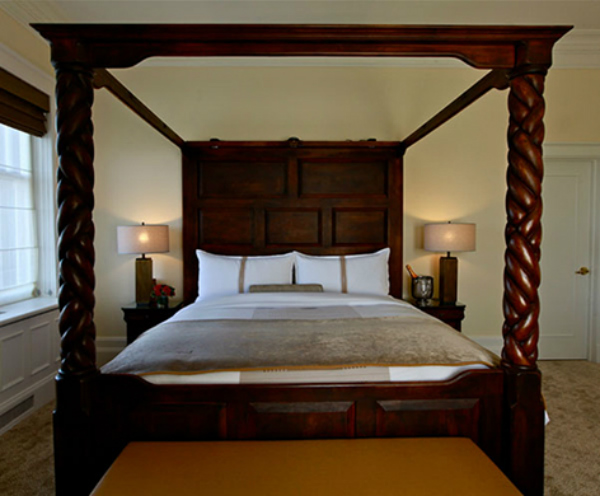 General and Mrs. Carroll were notable social figures in Westchester County and New York City society. They entertained frequently and on a grand scale resplendent in the tasteful luxuries of the era. During the Hudson-Fulton Tercentennial Celebration of 1909 (commemorating of the 300th anniversary of Henry Hudson’s discovery of the Hudson River and the 100th anniversary of Robert Fulton’s first successful commercial application of the paddle steamer) Carroll, considered a gourmet and connoisseur of rare wines, hosted every officer from the German fleet stationed in the Hudson River region. Included among the invited guests were J.P. Morgan, Andrew Carnegie, foreign dignitaries and ambassadors who viewed the great river regattas from the Castle terrace. 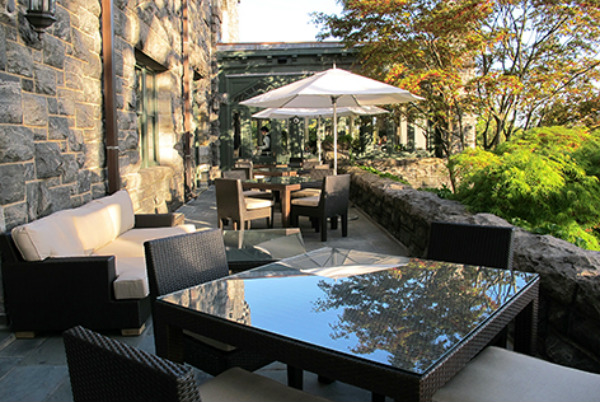 It was said that the size and scope of the gathering convinced the Carrolls to expand their castle. A new addition, completed in 1910, provided the Great Hall as the new dining room, an adjacent pantry, a formal ballroom, and additional servants’ quarters, garage and stables. Following General Carroll’s death in 1916, his widow and children, Caramai, Arthur and Lauren, occupied the Castle until 1940, when it was rented for a brief period to a local school. Today, the elegant Ballroom at the Castle is still known as the Caramai Ballroom. 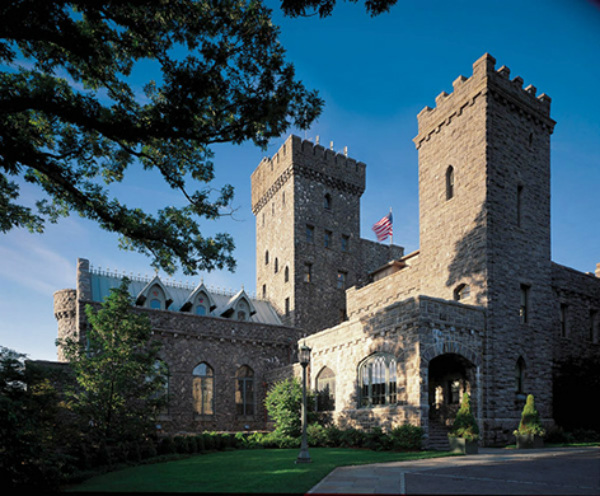 In 1981, the town of Tarrytown designated The Castle a historic landmark, protecting the outside structure from any alterations in the future. Between 1994 and 1996 the Castle was transformed into a luxury hotel with a gourmet restaurant and meeting and event facilities. The restoration of the Castle’s original suites, which offer spectacular views inside and out, and the creation of the 24-room addition named Carrollcliffe was a salute to its proud heritage. 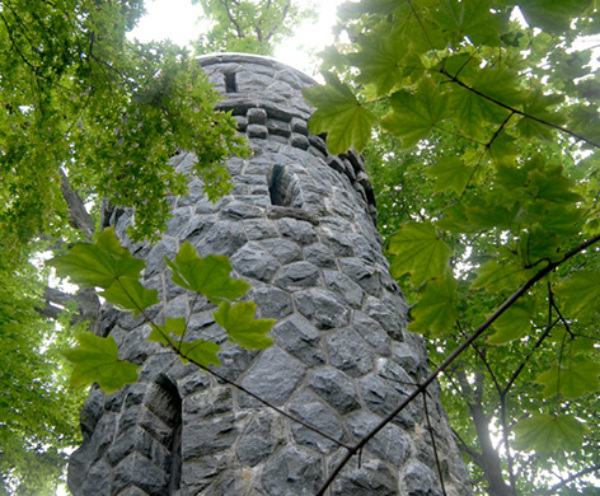 In early 2013, the Castle Hotel & Spa underwent a thorough renovation and refurbishment adding a renewed aura of bygone elegance and refinement to historic property. The renovation also included the introduction of the luxurious THANN Sanctuary Spa, known throughout Asia as an oasis of peace and tranquility. Throughout the meticulous restoration, every attempt was made to maintain the feeling of being in a cherished family home with a great deal of history and a storied past. The unique architectural elements of the main building of the Castle were carefully preserved to showcase the cherished collectibles gathered from around the globe. 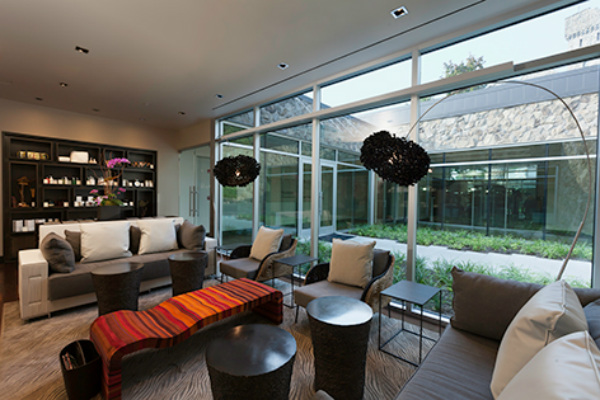 Situated on sprawling hilltop acres overlooking the Hudson River, the main tower of Castle Hotel & Spa forms the highest point in Westchester County. Castle Hotel & Spa is a medieval-style structure that was meticulously transformed into a luxury hotel, offering discerning guests royal-quality service, luxurious guestrooms, and the award-winning Equus restaurant which features Auberge-style, natural French-inspired cuisine. The luxurious new THANN™ Sanctuary Spa is an oasis of peace and tranquility where a holistic treatment approach aims to rediscover inner physical and mental wellness. Only 25 miles north of Manhattan, Castle Hotel & Spa opened as a luxury hotel in 1997; 16 years after being designated a historic landmark. Castle Hotel & Spa is a smoke-free building since 1998. 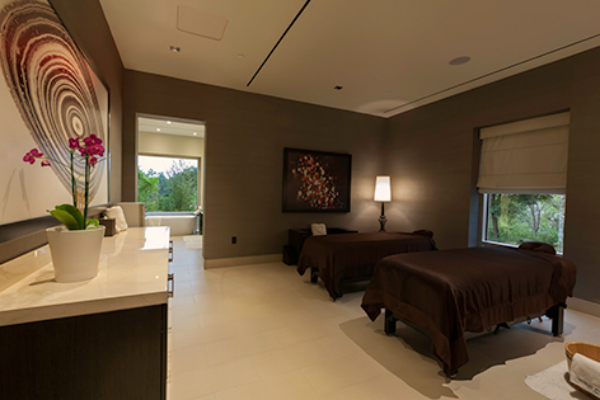 The medieval-style structure boasts intricately carved stairways of dark burnished wood, glowing sconces, mammoth hand-hewn oak beams and leaded-glass windows. The Castle is a timeless landmark similar to Castle Lismore in Ireland and fortifications on the Scottish border. Perhaps the most spectacular feature of the property is the ‘Great Hall,’ with its forty-foot vaulted ceiling and original Gothic windows with heraldic motifs. The Castle has the rich ambience of Old-World style and elegance, yet with all contemporary amenities. 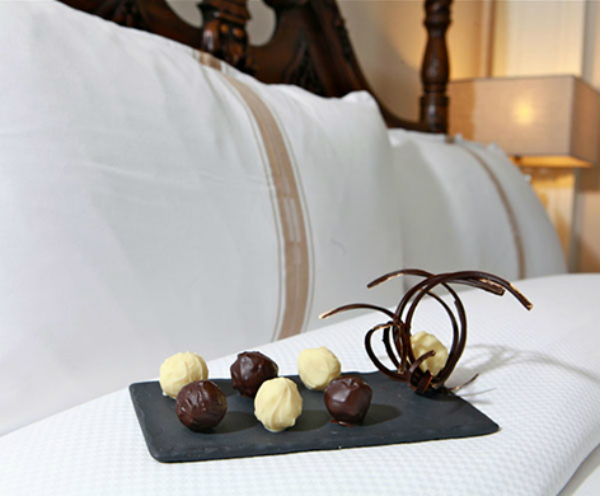 Located in the new THANN Sanctuary Spa building, The Castle features a state-of-the-art health and fitness center with cardiovascular equipment including treadmill, Stairmaster, recumbent bicycle and multi-workout stations for toning the upper and lower body and free weights. Additionally, the scenic grounds of the property and surrounding area offer ample opportunity for outdoor fitness. A variety of yoga classes are available by appointment. In the heart of the Historic Hudson Valley region, Castle Hotel & Spa offers recreational amenities as well as tours and tastings at local Hudson River Valley vineyards and popular breweries. Tours are also available at Westchester County’s museums, the graceful estate homes and sites of the Historic Hudson Valley including Kykuit, the Rockefeller estate, and historic sites such as the Sleepy Hollow Cemetery, which inspired the legend of the headless horseman. Westchester features some of the best shopping in the country including the nearby high-end Westchester Mall which features Neiman Marcus, Nordstrom’s, Apple Store, Express, Tiffany & Co, Coach, Luis Vuitton, Burberry and other high-end retail stores. 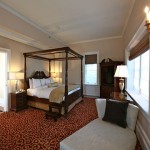