Ruler of the High Seas: Al Lusail is Longer than a Football Field 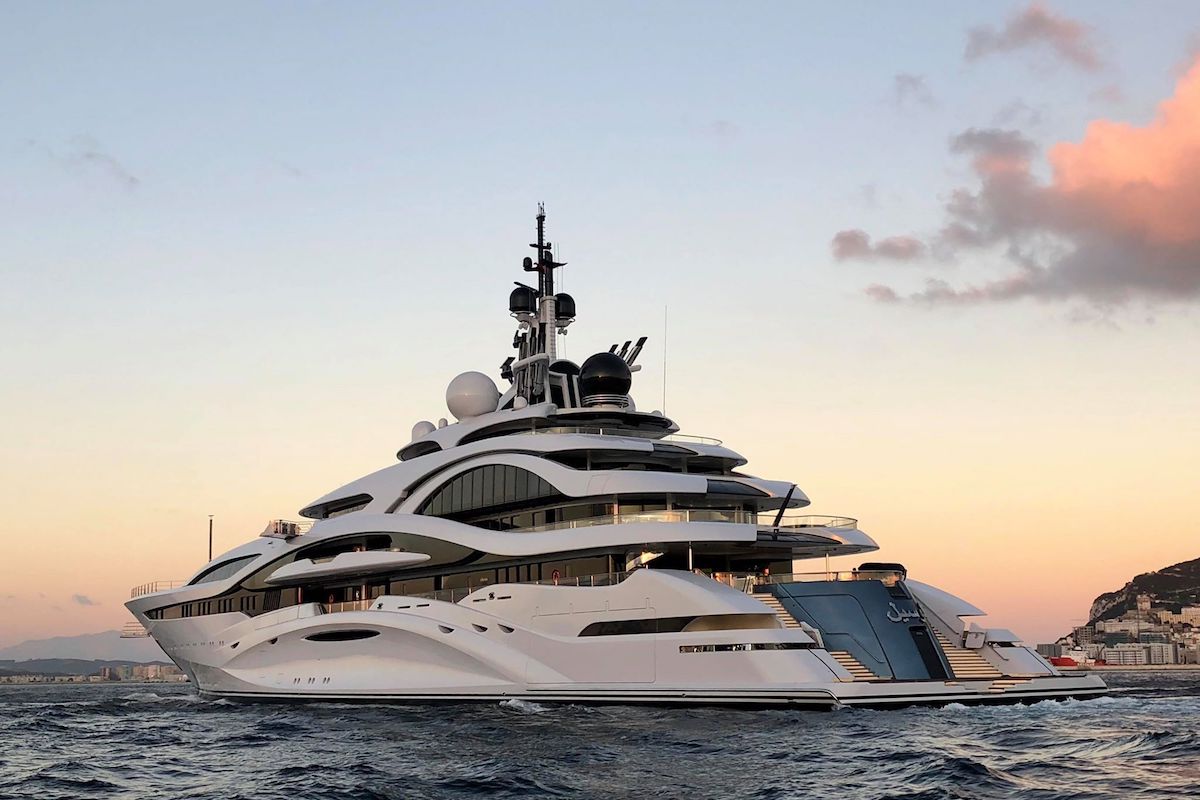 The Emir of Qatar is often claimed to have an “eclectic” style by many. But by the looks of his 500 million dollar Mega Yacht, some people would argue that Sheikh Tamim bin Hamad al Thani has much more than just an eclectic style, he has one of the largest superyachts ever created. The larger-than-a-football-field Mega Yacht sits at 404-feet in length and knocks the other yachts out of the water. With its grandiose appearance and massive size, the Al Lusail effortlessly rules the seas.

The stunning superyacht was constructed by German ship manufacturer Lürssen in 2017 and has gained much notoriety since being labeled one of the largest yachts in the world. The famous shipyard Lürssen has designed several of the world’s grandest superyachts, including the well-known “Project Blue” which was released in July 2022 and currently ranks as the fifth largest superyacht ever created, the Al Lusail does not stand far behind it in size. The Emir made a good choice by choosing Lürssen to design his water-based palace as the German builder is globally recognized for its capability to deliver the latest in luxury, technology, and efficiency. 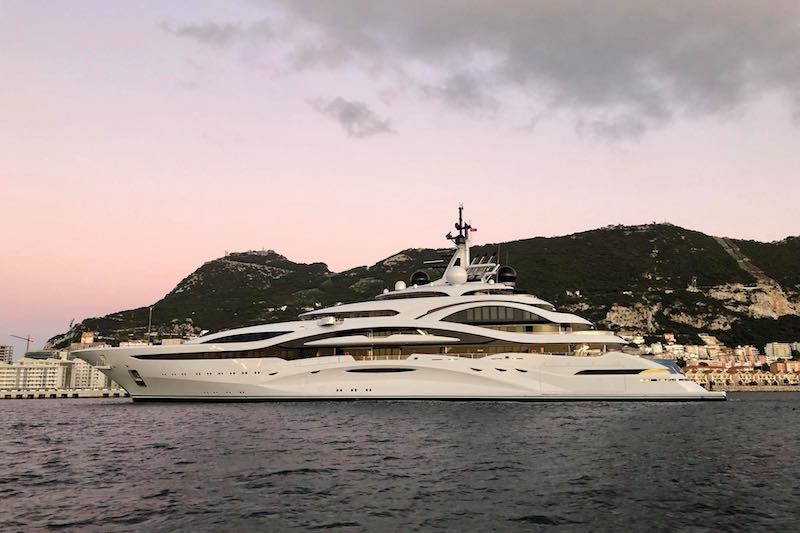 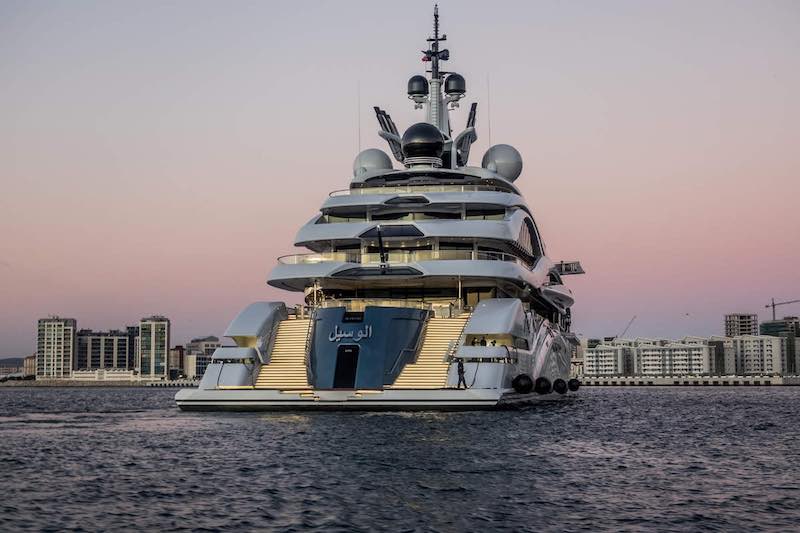 Although the Emir likes to keep the details of his ship discreet, we know that the entire interior was conceptualized by the international design house March & White. While spectators can only dream about the specifics of the ship’s elegant interior, a few extravagant details have been released regarding Al Lusail’s onboard features. To name a few, guests have the ability to enjoy several private indoor swimming pools, a fully-equipped gym, a movie theater, an elaborate spa and beauty area, and multiple private dining experiences. Then, after a long day of activity and luxury, guests can choose from one of the countless elegant accommodations available for use as the yacht is large enough to house as many as 36 guests and 56 crew members.

The impressive exterior was designed by the London-based firm H2 Yacht Design who stands responsible for the sleek all-white look and massive tinted windows throughout multiple decks. The large outdoor deck on the Al Lusail has an entire beach club area with an extendable swimming platform, barbecue pits, and a giant helipad for easy to-and-from access. Although, air travel is not the only method of departure from the ship as the superyacht is also equipped with a 30-foot garage that holds two limousine tenders and a D-RIB boat. 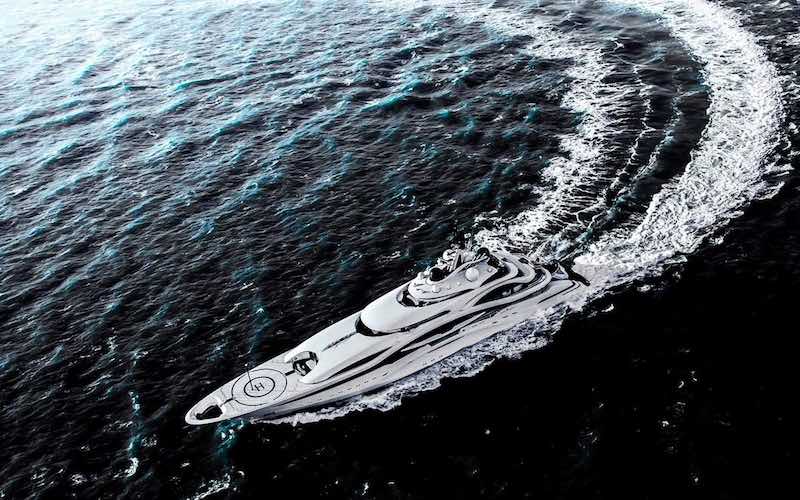 The lavish accommodations of this megayacht are highly impressive, but the technical capabilities of the Al Lusail are what make the nautical lovers swoon. The huge twin MTU engines allow the boat to reach a top speed of 15 knots and cruise comfortably at 12 knots for more than 4,500 nautical miles. This is remarkable considering the yacht weighs 8,489-tons – its large body has a huge aluminum superstructure, steel hull and teak decks. 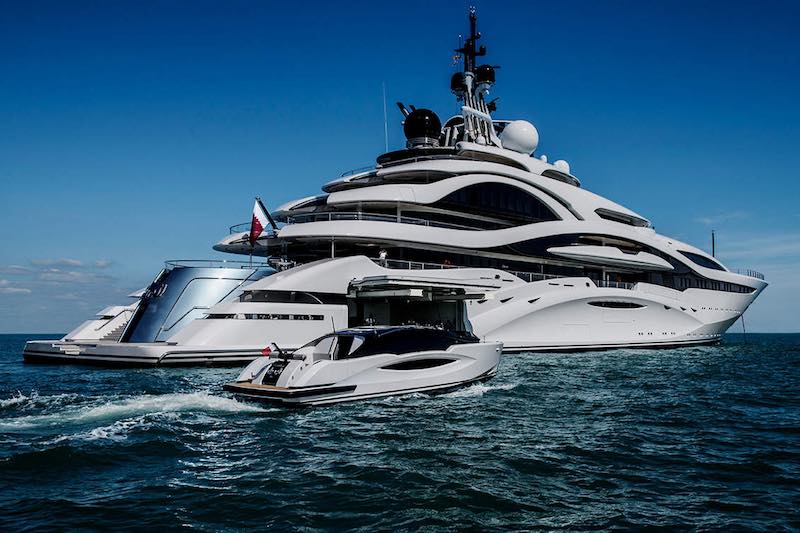 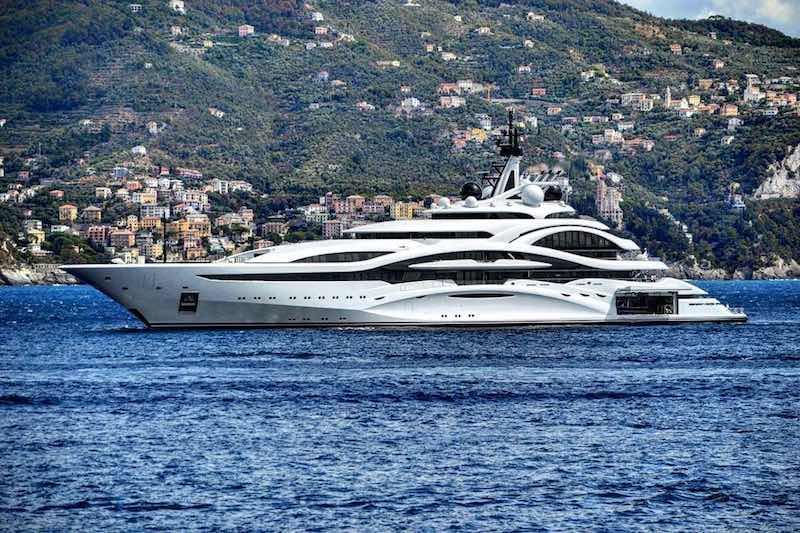 All things considered, some may still describe Al Thani’s style as “eclectic”, but I am pronouncing it as extravagant. It’s luxuries like these that make yacht and real estate buyers itch with inspiration, and the Al Lusail has set the bar high on what deems to be luxury at sea.