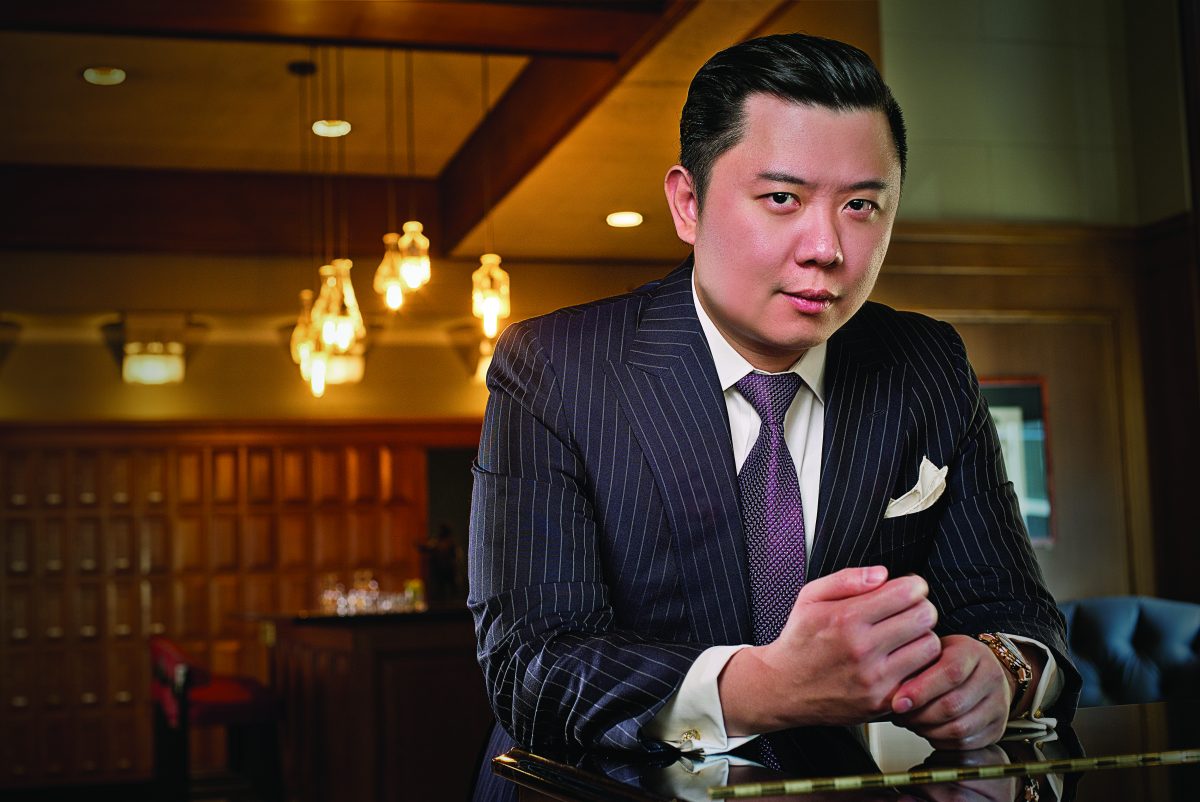 Last year, Chinese investment in the United States hit a record high $15 billion. And with that number expected to balloon to at least twice as much for 2016, this recent influx shows no apparent signs of slowing down. Increasingly, more and more deep-pocketed Chinese investors are looking to North America as they invest their hard-earned cash, and right at the forefront of this movement is Dan “The Man” Lok. Already a legendary rainmaker amongst the Chinese affluent elite for years, the entrepreneur, business mentor, and internet marketing authority has now become a global celebrity beyond his native Canada for both his memorable motivational tactics and undisputed business prowess.

By any measure, Dan’s output has been prolific. He has authored 12 books, owns 10 companies, and is involved in at least a dozen other businesses. With nearly 1,500 members, he operates one of the largest entrepreneurial community in Canada: the Vancouver Entrepreneurs Group. Simply typing his name in Google yields almost a million hits. And each year he attends countless speaking engagements where people literally line up to see Dan tell his inspirational tale of how he went from “minimum wage to multi-millionaire” seemingly overnight. People leave these seminars empowered to either go out and start a successful business or turn their lives or businesses around. Countless success stories can be clearly traced back to Dan Lok’s expertise, guidance, and mentorship.

After talking to Dan, it’s easy to see why so many people over the years have turned to him for advice. He is funny, articulate, engaging, and caries a strong, overriding sense of calm. But after hearing his full story, I understand just how unbelievable it is that the once-shy Dan Lok has become renowned as a motivational speaker. “My family and I immigrated to Vancouver when I was 14,” he tells me. “I came to Canada as a teenager with no money, no contacts, and no knowledge of English.” Dan was tasked with daunting dual challenges of learning English and fitting in as both an immigrant and a teenager (neither a small feat in its own right). Soon he was getting bullied every day. 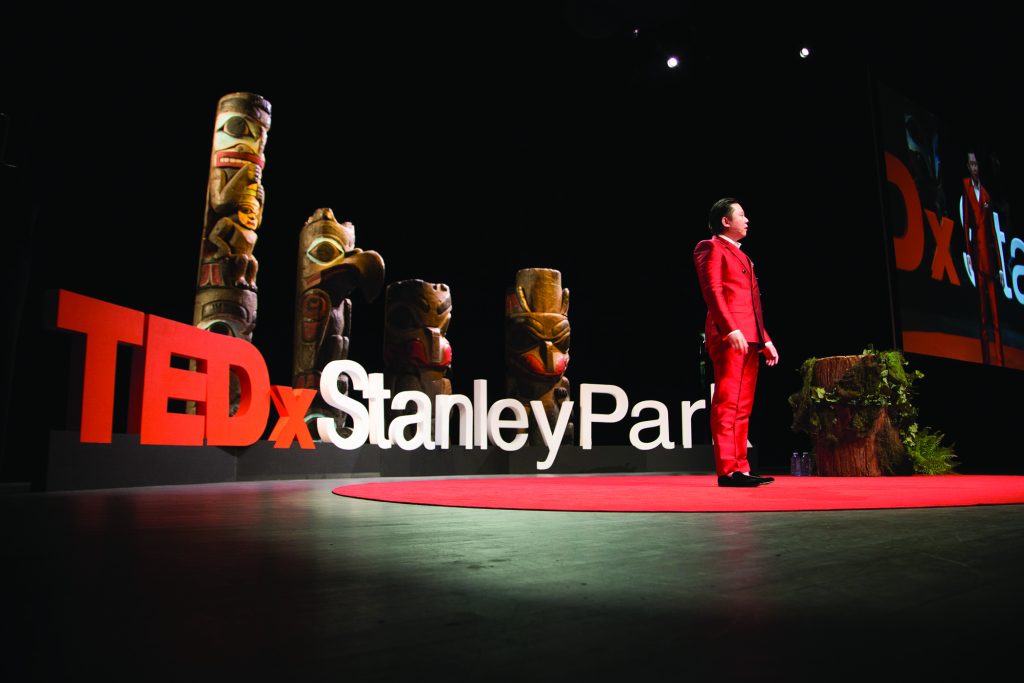 But Dan was determined not to take the harassment lying down. He learned English fast, and (in order to defend himself) learned martial arts even faster. He gave every ounce of effort he could summon to making himself the most successful person he could possibly be. When he wasn’t studying or training, he was devoting himself to making money. He started his first business — a lawn-mowing empire —  in high school, and quickly learned that he had the prowess to succeed in business. He knew how he was going to get back at the kids who picked on him.

And after working tirelessly (and being fortunate enough to have some brilliant mentors, like the “50 Billion Dollar Man,” Dan Peña), Dan found himself a millionaire in his twenties. He was living the lavish lifestyle of his dreams — “new cars, constant traveling, $3,000 on dinner and I don’t even drink…” he tells me — but something was missing. He describes the person he had become as a “selfish prick,” and says, “I looked around and saw I had all these friends, but they weren’t my real friends; I was doing all these extravagant things, but they weren’t making me happy.” So he walked away from the lifestyle he had worked so hard to attain.

“In my search for purpose, I turned to religion, I turned to charity, I turned to find real achievement,” he tells me. “I learned that I needed to stop focusing on helping myself and actually focus on helping others.” And thus, the birth of Dan Lok the Mentor began. “As soon as I shifted to helping others with their lives and businesses, and stopped being so selfish, I instantly started feeling better,” he says, “it was like a huge weight had been lifted off my shoulders.” Ironically, it also lead to more financial success. 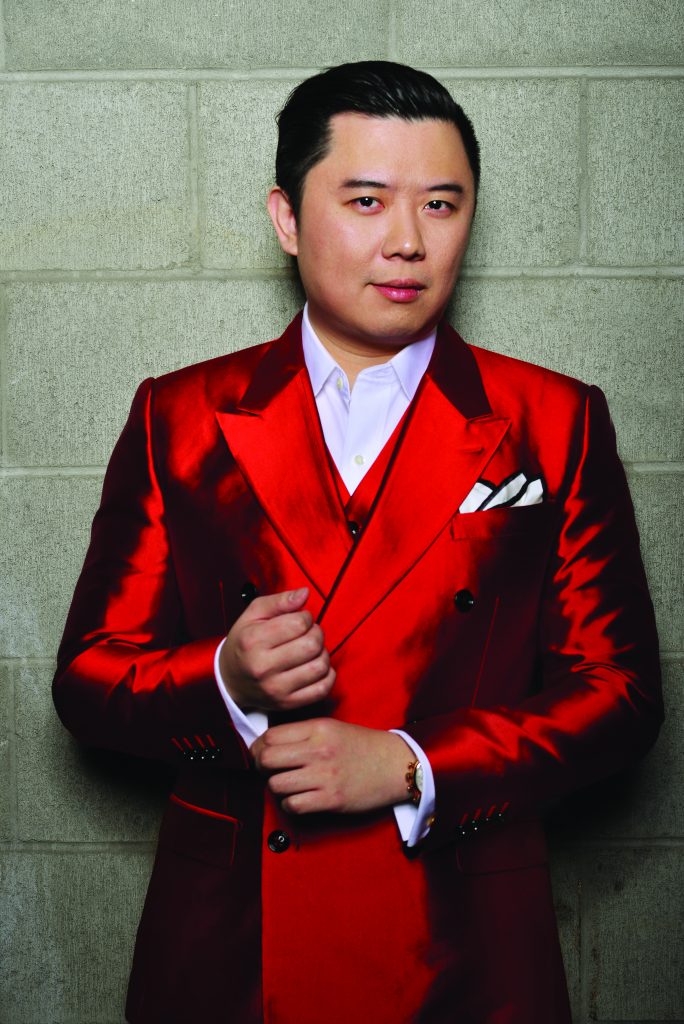 When Chinese investors started coming to North America in droves, Dan saw an opportunity to help a very skeptical demographic that he had a unique window into. As someone who fluently spoke Mandarin, Cantonese, and English — and because of his heritage gave him specialized knowledge of Hong Kong, Chinese, and Taiwanese cultures — Dan was best suited to guide this burgeoning investment demographic. Dan knew exactly how the Chinese affluent made major purchase decisions, their likes and dislikes, and the dos and don’ts of doing business with them. “If you try and sell Chinese people like Caucasians, you will fail, because you aren’t accounting for their culture,” Dan says. “You have to understand how they think; everything is different…in China, they are getting scammed every day.” Because of this, Dan says, there is an inherent distrust among the Chinese when it comes to investments. As he tells it, “It takes a while to build their trust, but once you have it, they will only do business with you.”

Today Dan is the most highly-regarded and sought-after authority on marketing and selling to high net worth individuals from China. And he continues to focus on helping empower others every chance he gets. “My life was never easy, but today I can say I’m blessed enough to have attained a lot of my goals and now I strive to assist in helping others that are dealing with their own life struggles realize their dreams,” he says. With the countless people he mentors seeing major success in business and two more books to be released by the end of the year, Dan shows no signs of slowing down. His stated mission is to empower one million entrepreneurs across the globe, and he won’t stop until his lofty goal is accomplished. When I ask him if depression ever rears his ugly head again, he says with a smile, “No. Life is good. Life is good.” I believe him.