Portraits of the Artist: Jesse Dittmar 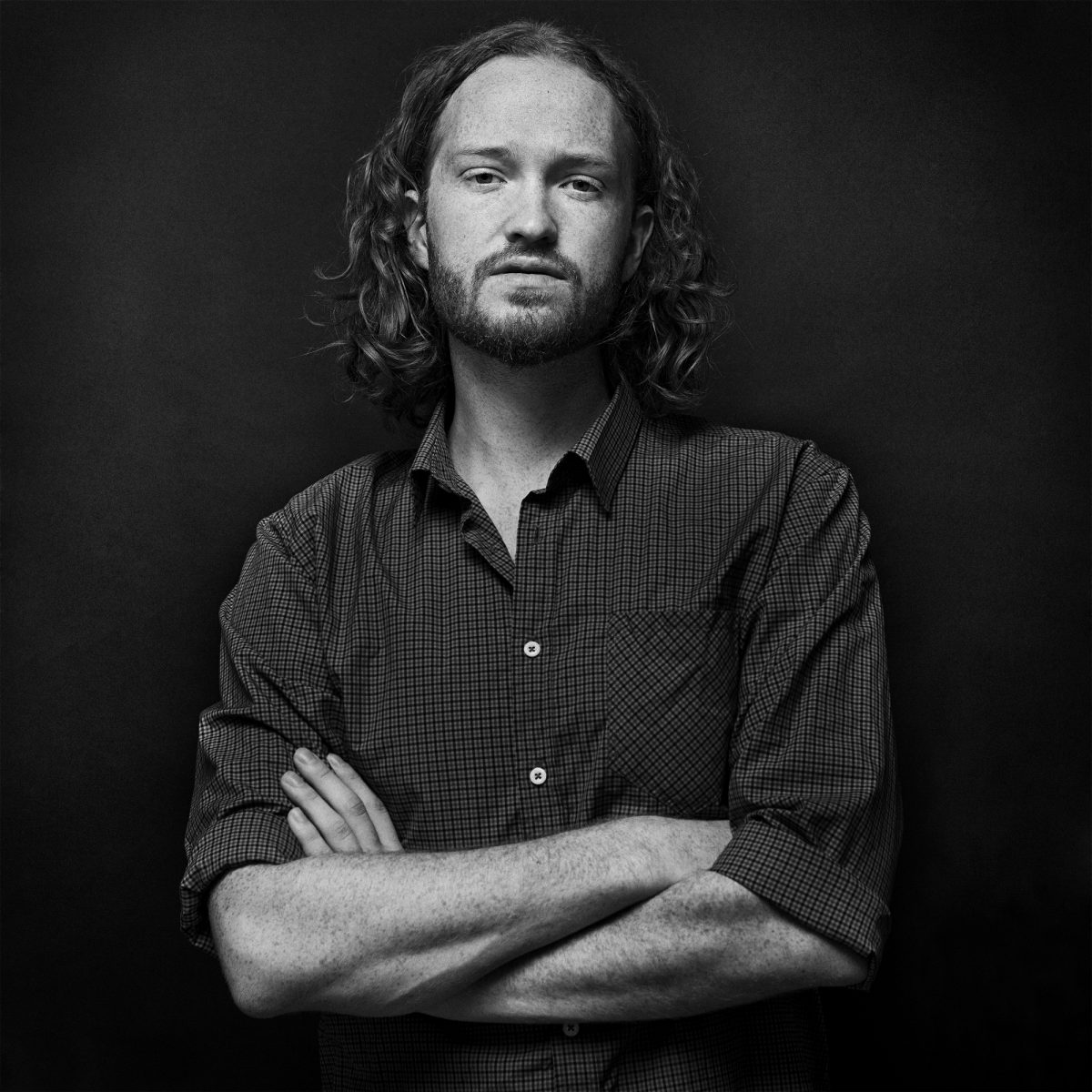 When Jesse Dittmar learned he had only 10 minutes to photograph Tom Hanks for the photos in our last issue, he knew he had to use his time wisely. Any time wasted fiddling with lights or struggling to articulate his vision could mean that he wouldn’t get the shots he needed and Hanks would be off to his next endeavor. So he got there early. He sat and absorbed his location, pondering each and every artistic possibility. He slowly set up, making sure everything was just right. And when the legendary actor finally arrived, you would have expected the photog to start snapping frantically. Instead, he talked.

“I spent the first few minutes just talking to him,” Dittmar tells me, “that was like 25% of my photo shoot…but what I was doing was making him comfortable, settling him into the shoot.” His rationale is that it is always best to first connect on a human level, to treat your subject less like an object or a tool in your art, and instead foster a relationship. Dittmar likes to show his subjects past images he has shot, chat with them about different concepts, and slowly build their trust. In the case of Hanks, after a few minutes he felt they had developed enough of a rapport to begin shooting. Luckily for all parties involved, he was right. In just a few minutes, he was able to compile a stunning series of images that adroitly encapsulated the iconic actor’s humor, dignity, and range.

But that’s what Jesse Dittmar does. He captures his subjects’ souls. One of the preeminent celebrity portrait photographers in the world, he has an uncanny ability to distill a performer’s essence into a single image. From young ingenues (Shailene Woodley) to aging rock stars (Sting), from British satirists (John Oliver) to American screen gods (Hanks), Dittmar finds the truth in every subject under his lens. His uncanny penchant for capturing celebrities is on full display in his new book, Two. But it isn’t just celebrities; from his work with The New York Times to the dozens of civilians who’ve enlisted his talents for personal portraits, many have been fortunate enough to have their image captured by the sinewy Brooklynite. 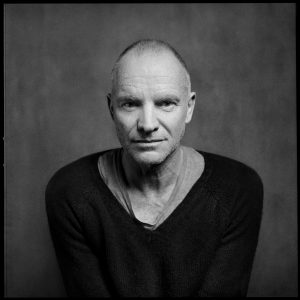 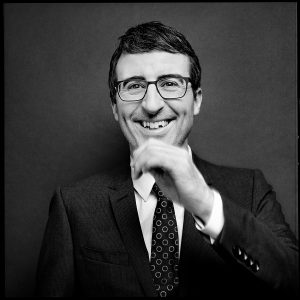 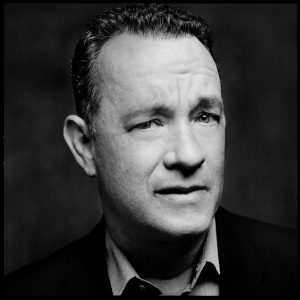 Yet there was a time not too long ago when Dittmar’s phone was not ringing off the hook with people begging him to shoot their portrait. Just four years ago, the photographer found himself at a major crossroads. For years he had worked his way up in the industry as an assistant, eventually reaching the highest plateau imaginable, assisting legendary photographers like Annie Leibovitz (“my hero,” Dittmar says, definitively) and Ben Baker (whom Dittmar assisted on shoots at the White House with the President and First Lady). He could have continued, making a comfortable living working alongside his idols. But he wanted more.

Dittmar’s dream had always been one of being a photographer, not an assistant: Batman, not Robin. “I had what you might describe as an unconventional childhood,” he tells me. His father was an agent for Oasis and some of the other defining rock groups of the Nineties, and Dittmar grew up backstage at epic concerts his dad would drag him to. It was there his father imparted upon him a very fortuitous piece of wisdom. “He taught me to treat them like they are normal people,” Dittmar says. “Look them in the eye, shake their hands, and talk to them honestly.” 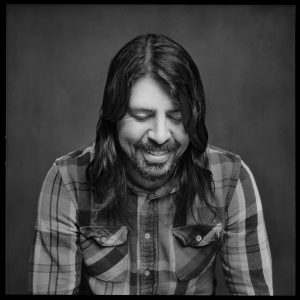 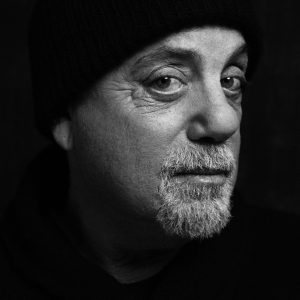 And thus, young Jesse would spend hours chatting with rock gods, and while it demystified and humanized them, it was also simultaneously preparing him for later in his career. He tells me he has “no doubt” that those many interactions made it easier down the road when he was adjusting lights in the Oval Office or asking more than one multiple Oscar winner to pose for him (Hanks, Jodie Foster). And they also may have inspired him throughout his career to distill seemingly out of touch entertainment icons into their most honest and human representations — like the stunning portraits found in his book — as if in an attempt to say, “Celebrities are regular people too; just look.”

But whatever his creative rationale, in 2012 Dittmar came to the conclusion that he would play second fiddle no more. He walked away from his lucrative assistant career to establish himself on his own. “It was never the goal,” he says about assisting, “and so I sat down with my wife — girlfriend at the time — and told her what I had to do. And she was supportive.” What ensued was a period of over a year where Dittmar struggled to both make his name and keep the lights on. “It was tough, living in New York, barely getting by on bartending jobs I couldn’t keep because I was always running off to shoot whatever I could, building my portfolio.” But then, after 14 agonizing months, the phone finally rang. 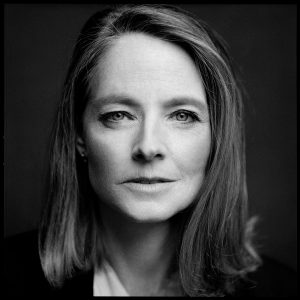 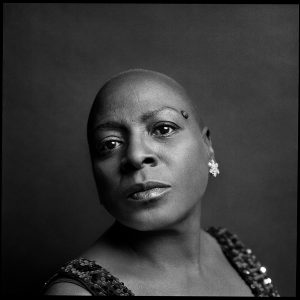 On the other end was the former photo editor of The Washington Post who had seen Dittmar’s ever-evolving portfolio and offered an opportunity to shoot broadway icon Idina Menzel for a story. Dittmar seized this one chance to finally showcase his talents with an actual celebrity shoot. The result was a stunning series of images, and before he knew it, he was shooting musician Sharron Jones for a series that got published in a number of magazines, not the least of which was Rolling Stone. “And then I went from maybe three shoots in 14 months to 85 in the next 12,” he says. “Finally I was there.”

Three years later, Dittmar’s reputation is that of one of the most skilled in his industry, and glancing through the striking portraits in Two, it is easy to see why. Each image grasps the viewer with its naked truth and heart-rending depth. But for him it’s not just about capturing people, it’s about capturing the times. “When it’s all said and done,” I hope I took pictures that helped define people in a certain era,” he says. “My job is as an image taker, so if I get remembered for capturing images that define people, and the time period, and have an impact on the public at large, then I will feel like I have certainly accomplished something.” It might be too soon to judge, but glancing at his portraits, I say mission accomplished.