Man on a Mission: The Grit and Gravitas of David Yarrow 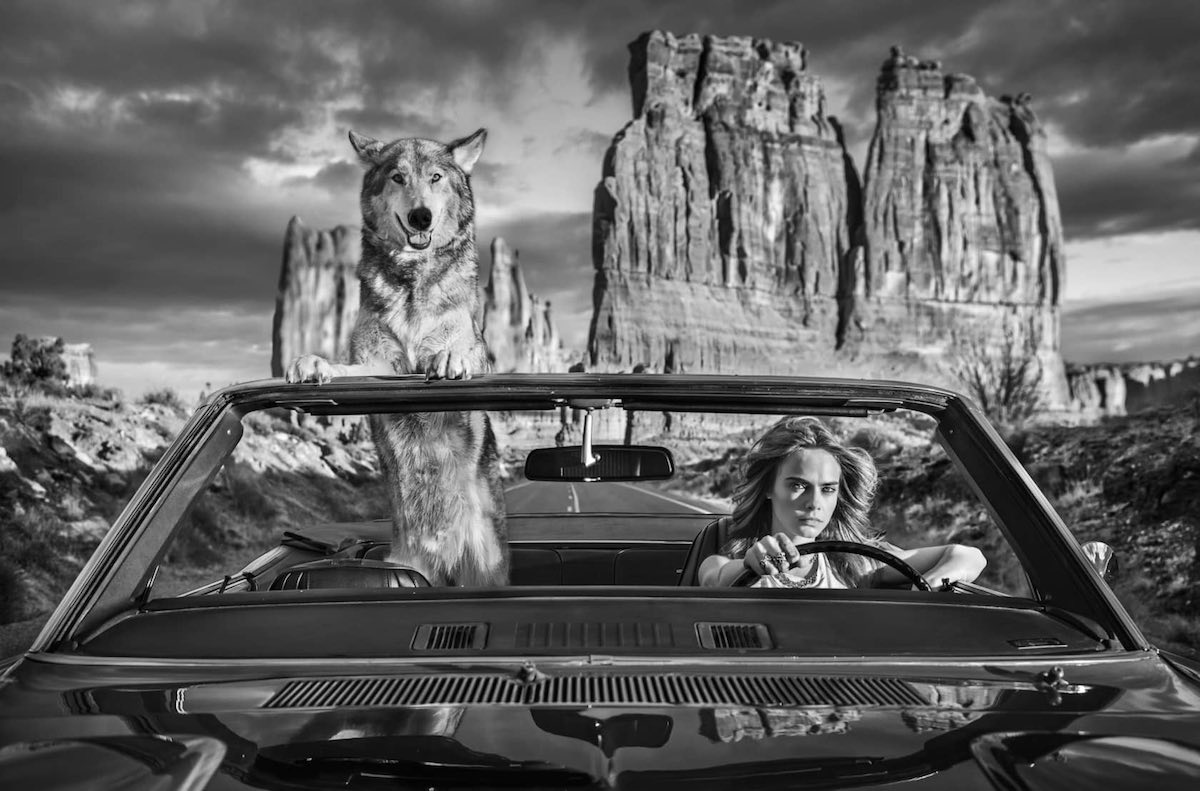 DAVID YARROW is recognized as one of the best-selling fine art photographers in the world. David’s evocative and immersive photography of life on earth is most distinctive and has earned him an ever growing following amongst art collectors. His limited edition works regularly sell at high prices at Sotheby’s and other auction houses. Since 2018, David’s work has raised over $6m for philanthropic and conservation organizations including charitable collaborations with Cindy Crawford, Cara Delevingne and Chris Hemsworth. His position in the industry has been rewarded with a wide range of advisory and ambassadorial roles. Our intrepid interview dives deep into what drives David Yarrow to such dizzying photographic feats, and the meaningful causes he has literally gone to the ends of the earth for.

SP: In South Sudan, where you photographed the Dinka people engulfed in cattle, dust and shadows on the career-defining shoot of Mankind, describe the visceral feeling that remains with you to this day, the rush or adrenaline of capturing civilization in this sense.

DY: I had a preconception of the image that I wanted to return home with – something that conveyed the raw enormity of a Dinka cattle camp in an elemental and biblical setting. Something timeless and vast. Like a Rembrandt, I wanted people to be able to look at the picture for hours and find new stories each time. I think at that moment in time I had three emotions. Firstly, I knew that our research had paid off. Secondly, I was worried about walking across the Nile in the dark with crocodiles, and thirdly, I wanted to go home and get some much needed sleep! 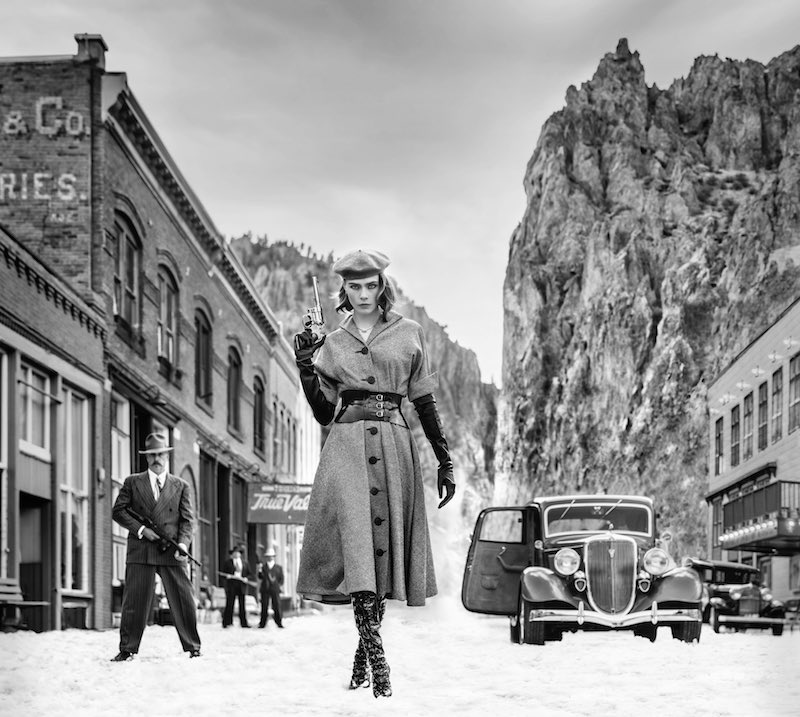 SP: A major economic preoccupation in the 19th and early 20th century American West, the cattle drive has been glorified in mythology and culture as an eternal symbol of the American spirit. The Thundering Herd gives us an unflinching, atmospheric sense of the scale and intensity of the drive. How did observing and engaging with Texas wranglers Craig Carter and Ryon Marshall inform your photographic captures of the complexities beyond our collective cowboy mythology?

DY: First, the whole thing played to my purism in its conception. This is cowboy country in its purest sense. They are working cowboys, and to me, it is crucial to do cowboy culture justice as I have massive respect for it. Whilst I can’t say I identify with cowboy culture, I highly respect their work ethic, decency and manners.

SP: Cara Delevingne has said that she loves working with you because you are the epitome of an artist, going above and beyond to capture a moment in its true essence. She says, “he makes me feel safe and inspired whilst always producing a visual feast.” How has your ability to establish rapport with human subjects evolved over the years?

DY: It’s all about trust. If you are working with extraordinary people whose time is an opportunity cost, you can’t let them down. You have to make sure that their days working with you are happy, good and memorable. If you can combine the removal of stress with art creation, there’s more chance of them coming back to work with you. And like most things in life, I think you get better as you get older because you learn from what he didn’t do quite right before.

SP: What is it about Cara’s particular ethos or acumen that makes her a chameleon capable of collaborations that may capsize a lesser model?

DY: She’s unique, authentic, and in many respects, in a league of her own. I am humbled to have worked with her over the years. The problem of working with the likes of Cara is that it is hard to exceed the product of any other collaboration.

SP: Hitchcock inspired one of my all-time most consciousness-expanding moments as a young art writer standing in a gallery. Douglas Gordon’s, 24 Hour Psycho. Your 2020 work, The Birds, also influenced by the late auteur, has me itching to see the genuine article. In the age of Google Image Search, where I can access a considerable body of your work as 2 inch expandable thumbnails, a contemporary condition that can leave us feeling freakishly phenomenal and absurdly empty all at once. I perhaps naively hope that the viewing experience will always matter, no matter how much the analog world becomes extinct or passé. Given this, what hotel or private entity has presented your work most interestingly or impressively to your eyes?

DY: The Thompson in Dallas, which is as close to a six-star hotel there is anywhere in Dallas. They have 50 of my works on show. But I guess the piece that gets the most referrals, because it gets so much footfall, is the Cindy Crawford piece in Sass Cafe in Monaco. 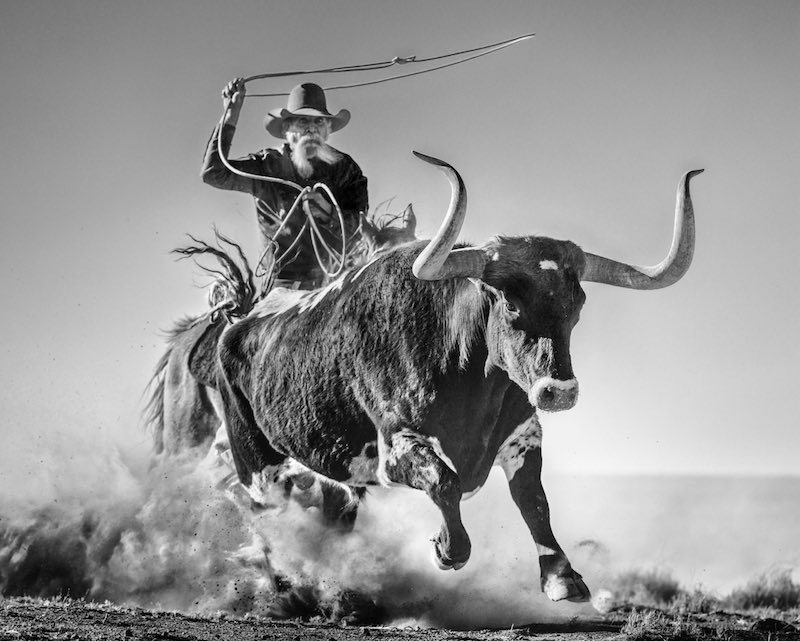 SP: With your visually arresting images literally raising monumentally significant sums for conservation, you have emerged as one of the most relevant photographers of your generation. In what sense have you enjoyed wielding this positive influence most? What communities are you proudest for supporting and assisting with your charitable giving?

DY: My proudest contribution is towards the pediatric Cancer Care Hospital in Wisconsin, a collaboration with Cindy Crawford, where we’ve now raised over a million dollars. Helping any charity is a privilege, but given Cindy’s personal connection – this cause was of significant importance.

SP: Your accomplishment at staged storytelling has set the gold standard very high. I find a chilling cinematic syntax to your still images that evokes the moods of Stan Douglas, Christian Marclay, Richard Prince. What were some of the narrative art house or mainstream feature films that stirred your young imagination?

DY: My heroes are Steven Spielberg, Martin Scorsese, Ridley Scott and Clint Eastwood. They all have many things in common. That’s work ethic, making screen sweat, but most of all, emotional engagement. I have a lot to learn as a storyteller, and I still am gripped by their every scene.

SP: I found your tribute to Peter Beard via Instagram so deeply soulful and stirring. Incinerating the rule book was his play book. You have that same irreverent streak. Who do you see on the horizon, say under the age of 30, that excites you as much as the epiphany you felt being in Peter’s gallery in your 20s?

DY: As a father of two kids under the age of 21, I would encourage them to look to Emerald Fennell, who won the Oscar for Best Original Screenplay for her film, A Promising Young Woman. I know her dad well. I can’t think of a dad more proud of a daughter than Emerald’s. Her chosen star in the film has got to be the most promising and talented British actress of her generation, Cary Mulligan. The two together are an example for everyone who is growing up and wishing to get involved in the arts.

SP: You write so eloquently on Peter in the Instagram caption: “Peter was a photographer who had contempt for photography; a diarist whose densely adorned volumes have influenced artists and writers as disparate as Andy Warhol, Francis Bacon and Truman Capote. Above all, he was unique – a sacred word.⁣” As such a gifted writer, give us a few opening lines on Tom Brady if you had to return the favor. Speaking of which, is there an interesting backstory for how Tom Brady and Cindy Crawford came to write the Foreword and Afterword to your latest book?

DY: No, but I’m very flattered that they have. They’re both successful people who have always seen the benefits of collaboration. It’s nice to be dragged up by people rather than dragged down, and they set a high bar of commitment to excellence.

SP: When you consult logistics experts or production coordinators on your more monumental, grand scale shoots, what considerations go into that decision and what qualities are you looking for?

DY: Tolerance and an awareness of the pressure I am under and the financial risks I have. Also, an understanding that we’re not in a studio, so things won’t always go to plan.

SP: As you have explored some of the most dangerous environments on earth, what is the one bit of kit or gear that you would feel vulnerable without?

DY: My mobile phone, because if I need help, I can call someone and ask for it.

SP: Your relentless pursuit of excellence is near pathological. Where do you think this stems from? It obviously serves you well; yet is there a personal cost for such monomaniacal and monastic professional discipline?

DY: I think it stems from my mother, an artist who went bankrupt because she didn’t work on the commercial side enough. She was a brilliant artist, though. I’m trying to balance the rest of my life, especially my work and my children. My daughter was head girl of her school and is at Oxford university doing history, so that part of it I guess we got right.

SP: A thoroughbred’s imposing proportions — a sublime orchestration of sinewy muscles and brawny bones — are much easier to admire without the distortions of a heated race. As you “freeze” animals associated with speed – horses, lions and wolves – does this play into your sense of composition? Surreal and so effective to see wolves riding shotgun.

DY: As a still photographer, I have no choice but to freeze motion. The only thing I have control over is where I freeze the motion. That decision will be taken with regard to emotion but also to the glorification of the animal. I am a romanticist before I am anything else.

SP: Arguably, you are as much a phenom in your arena as Tom Brady is in his. Any interesting shoot day superstitions or routines?

DY: I think it’s always important to back yourself and be positive, and believe you’re going to get the shot. But no superstitions. Though I will always leave a note to myself in my hotel room saying ‘Do your best’. I haven’t told anyone that before. 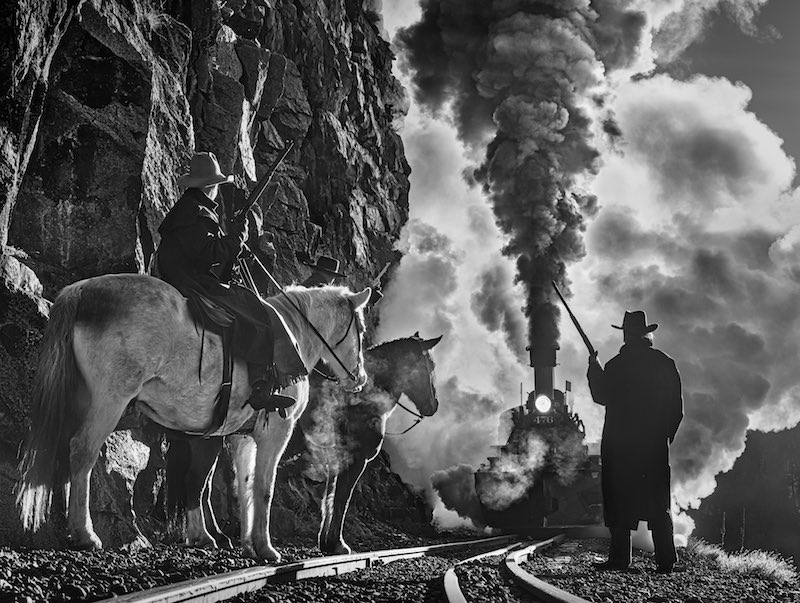 DY: I don’t know whether it’s a sixth sense, but we will not settle on a location until we know it’s absolutely right. In many ways, I’m guided by filmmakers like the Coen brothers, who want to make sure that the backdrop is an additive, not an afterthought. If you stage a shot, you have all the cards in your hand, so it would be a crime to ever settle for something that’s not perfect.