No Fear Flight Presents: Does Flying Give You the Jitters? 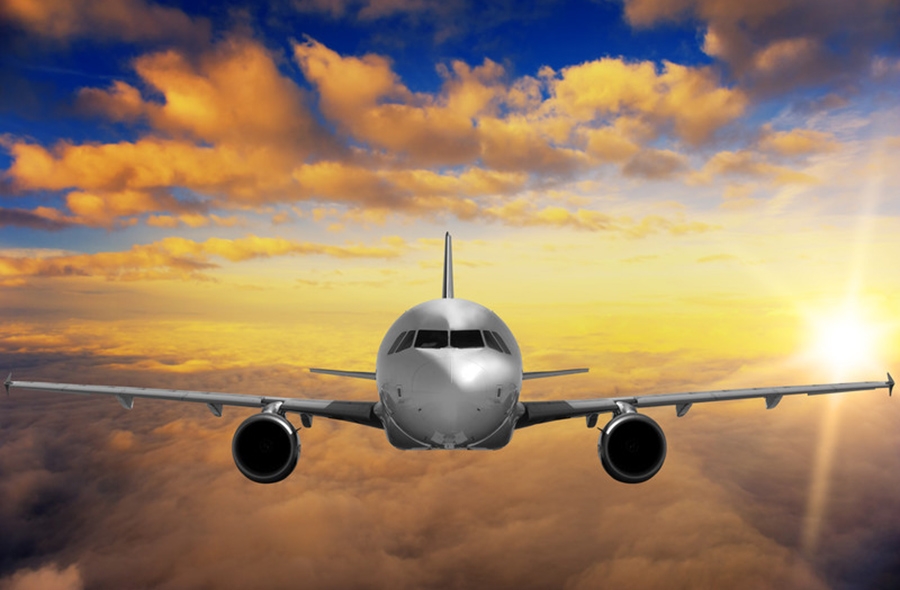 Flight 416 from Houston to Newark is cruising smoothly at 37000 feet. The sun just dropping below the horizon gives the early evening sky a beautiful orange glow.

On the flight deck, shoulder harnesses removed and feet up on their foot rests, Captain Tom Ward and First officer Pete Willman are discussing home renovations. Pete is in the process of tiling his master bath and he and his wife Sue, cannot agree on color.

In the cabin, the flight attendants are finishing up their beverage service and prepping to run the in flight movie. Jen Campbell, seated at the window in the emergency exit, stretches her legs, thankful for the added leg room and mulls over her pending sales meeting in New York the following day. Gazing out her window and allowing the confidence from hours of preparation wash over her, Jen is lulled to sleep by the steady but muted roar of the engines. She awakens from a dream that she is falling from a ladder….however this time she actually lands with a violent thud. And a scream…but the scream is not hers. She opens her eyes to articles floating in the air….her own body being pulled up, only to be restrained by her seat belt. She looks toward the aisle to see a flight attendant and a small child pressed against the ceiling of the jet. She wonders briefly whether she is still dreaming when another shriek from behind startles her to full consciousness. A food cart floats by and impales itself against the flight attendant creating a messy blood smear against the ceiling. Panic rising to every nerve ending in her body, she pulls her eyes from the horrific scene to her window to find smoke and fire billowing from the engine.

On the flight deck both pilots are pulling furiously on the yoke attempting to stabilize the aircraft. Sweat is pouring from Captain Ward’s forehead and he’s barking commands to Willman. The jetliner begins to roll inverted and enters into a dive…

Back in the cabin a scream is heard throughout…..”We’re all going to DIE!”…and as if on cue, every passenger screams and flails wildly……

“CUUUUT “!!! The director yells, glancing over to his assistant he mutters “How am I going to get an Emmy with acting like this?”

Up until “cut”, if your heart rate was up and palms a bit sweaty, then you’re in the majority.

If the previous scene was even remotely possible, the thousands of well trained flight crews would be seeking alternate employment, only to be replaced by a handful of extreme sport figures with latent suicidal tendencies.

Studies have shown that 40% of people have at least some level of anxiety around flying. What is interesting is that a number of people I’ve consulted with base their fear on Hollywood depictions of air crashes or catastrophic possibilities relating to turbulence.

I am Captain Mark Kaufman, a pilot with over 17,000 hours of flight time, as both a Captain and flight instructor. I’ve had great success working with countless nervous, even terrified fliers….and now I can help you. Your fears are only as real as your imagination. My customized approach will reduce your anxieties, educate you on the mechanics of flight, and provide you with the necessary tools and techniques to overcome your fear of flying.

With the articles to follow, I will be candidly recounting my in flight incidents and outcomes, as well as those of other flight crews.

“The safest place in the world is on an airplane.”