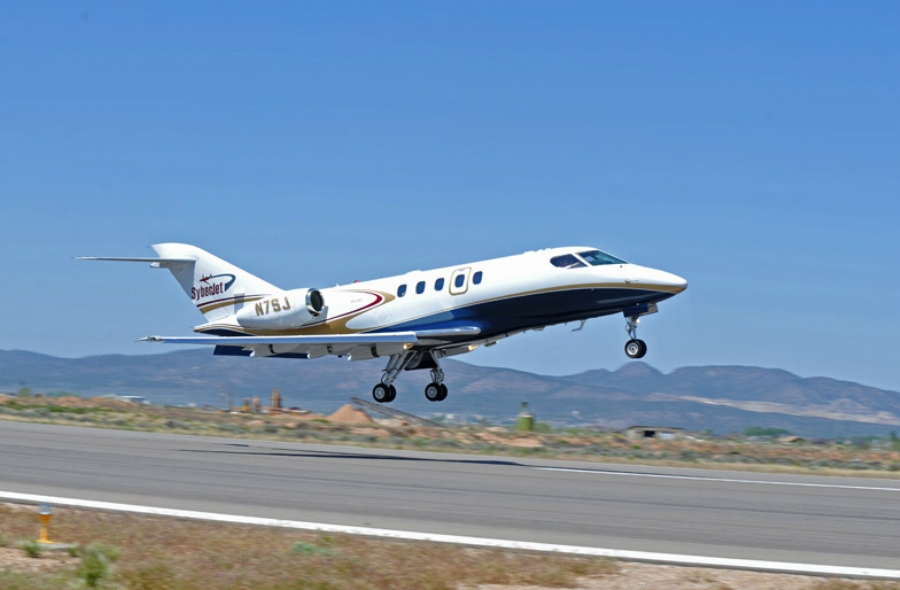 SyberJet Aircraft (SJA) announced at a press event today, along with Greg Bell, Lieutenant Governor of the State of Utah, and other State and local dignitaries, that it has selected Cedar City, Utah as the location for its headquarters and the new Syberjet SJ30 assembly plant.

David J. Grant, Chairman of SyberJet’s parent company, MSC Aerospace, made the announcement during the press event. Grant said, Utah as the Location for its Headquarters and New SJ30 Assembly Plant.

SyberJet’s sister company, Metalcraft Technologies (MTI), has been supporting the aircraft industry for nearly 25 years from Southern Utah. MTI will be a major subcontractor to SJA, manufacturing and assembling the majority of the SJ30 airframe structure.

Both state and local governments offered a multi-year tax incentive package with a combined value in excess of $43 million to entice MSC to locate the SJA headquarters and assembly facility in Cedar City and expand MTI’s operations in Utah.

Chuck Taylor, SyberJet’s President, commented, “We are pleased with the decision to expand our operations in Utah. Our expansion in Utah, coupled with our existing San Antonio operations, will allow SJA to fly new SJ30s off the runway at the Cedar City Municipal Airport (“KCDC”).” SyberJet’s plans call for completing the development and certification of a new SyberVisionTM avionics suite and ramping up the SJ30 production line in Cedar City over the next 2 years.