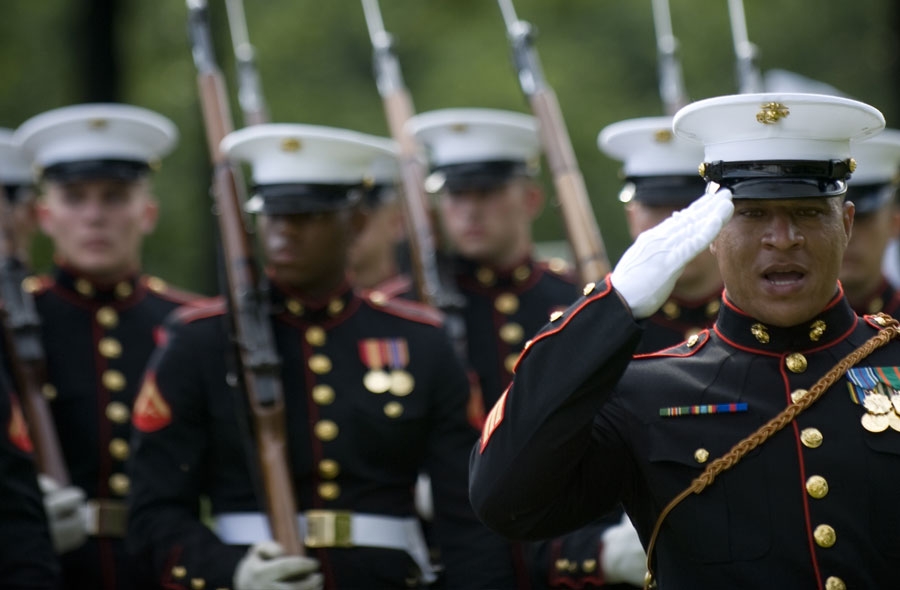 For Marines, The Words Found In A Code Of Honor Are More Than Words. The Words Are A Spiritual Mission.

In 1973, I returned home from Vietnam. It was my second trip to the war zone.

My first trip to Vietnam was in 1966. I went there as a student aboard a cargo ship carrying bombs, studying cargo operations in a war zone, for the U.S. Merchant Marine Academy at Kings Point, New York. My second tour was as a Marine officer and pilot.

After nine years in the military, four years at military school and five years as a Marine pilot, returning home to Hawaii as a civilian was like coming home to an alien planet. The military does a pretty good job preparing young men and women for the world of war. We were not prepared for reentry back into the civilian world.

Having spent most of my young adult formative years in the military, I was extremely naïve as I entered the world of business. I actually believed I could trust civilians in the world of business – like I trusted my fellow Marines in a war zone. I was greatly disillusioned. I had no idea how far some people would go to steal a dollar, stab a co-worker in the back for a promotion or sell their soul to make a sale.

In 1965, my first day at the military academy was spent memorizing the mission of the Academy. It was drummed into our heads: Mission first, team second, individual third. In the civilian world of business, the order of the day seemed to be: “Me first, me second, and me third.”

“A Code Of Honor Holds Each Team Member Accountable To Specific Standards Of Behavior, Performance, And – Most Importantly – Each Other. Those Who Have This Methodology Have An Extreme Advantage In The Marketplace.”

In 2000, my book Rich Dad Poor Dad hit the New York Times best sellers list. Soon after that, Oprah invited me to be a guest on her television show and book sales went through the roof. I am a living example of the “Oprah Effect.” While, by many standards, I was a rich man before my appearance on Oprah, the “Oprah Effect” made be rich and famous. 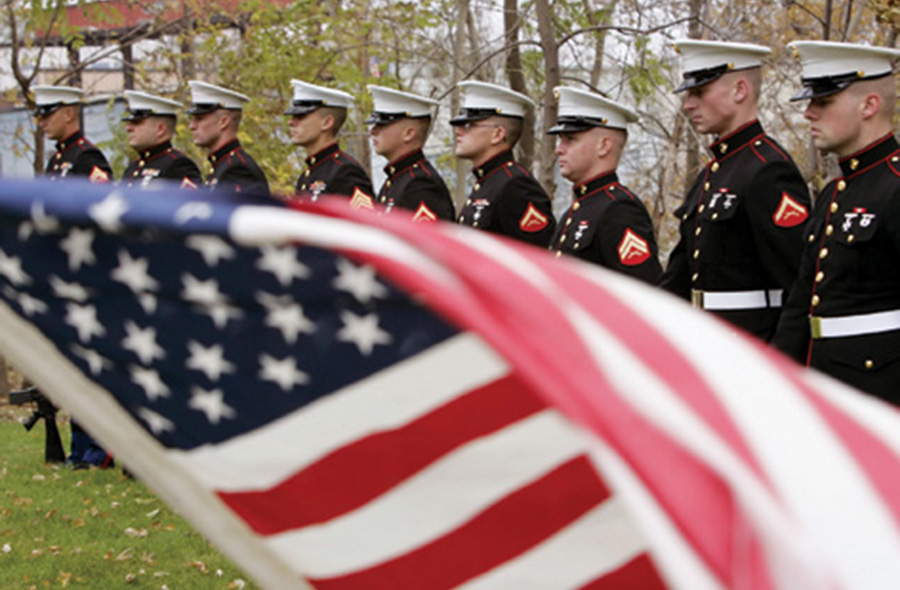 Until that point, I had no idea how money and fame could change people. Not only did a few old friends and partners change, but new “friends” came around to “help”… to help themselves… not me or the business. My business boomed for a few years, but eventually the business began to fail due to internal treason, greed and jealousy.

Since 2008, my business team and I have been rebuilding – in essence, building -what will be a new company. We are using many of the lessons taught at military schools, but not taught at business schools.

Contrary to popular belief, military organizations are spiritual organizations. The first step in rebuilding the business was to instill a sense of spirit back into the business. To Marines, our mission is sacred. In the world of business I’ve found that a true sense of mission is often missing. The rebuilding process began with discussing the mission of the company, which at The Rich Dad Company is “to elevate the financial well-being of humanity.” In the old Rich Dad Company, I had a number of key people whose mission was only to elevate their personal “financial well being” – versus that of the company.

Another step in the rebuilding of The Rich Dad Company has been to install a Code of Honor. If you saw the movie A Few Good Men starring Jack Nicholson and Tom Cruise, you may recall the courtroom scene with Nicholson when he says…

“We use words like honor, code, loyalty. We use these words as the backbone of a life spent defending something. You use them as a punch line.”

“I have neither the time nor the inclination to explain myself to a man who rises. And sleeps under the blanket of the very freedom that I provide and then questions the manner in which I provide it.”

“I would rather you just said ‘thank you’ and went on your way. Otherwise I suggest you pick up a weapon and stand a post. Either way, I don’t give a damn what you think you are entitled to!”

The point I want to make is this: for Marines, the words found in a Code of Honor are more than words. The words are a spiritual mission. Unfortunately, in that movie, the Marines took the code too far. 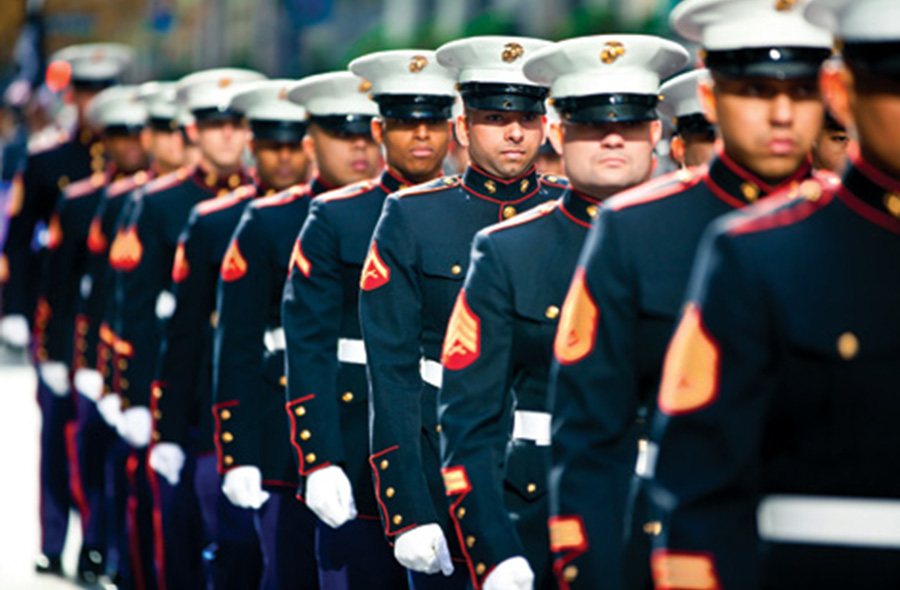 Another initiative at The Rich Dad Company is creating our own “Seal Team Six.” As anyone who runs an organization knows, it is difficult to change an existing organization. Sometimes it is better to start a more elite organization within the organization.

Blair Singer, a great friend, Rich Dad Advisor and exceptional trainer has written a book titled Team Code of Honor. In that book, he writes about how great teams ultimately achieve success in the face of insurmountable challenges. And how, oftentimes, it’s because they have an invisible Code of Honor that holds them together under pressure.

“A Code of Honor holds each team member accountable to specific standards of behavior, performance, and – most importantly – each other. Those who have this methodology have an extreme advantage in the marketplace,” Blair explains. He teaches and trains around the world and coaches companies to achieve the ability to bring ordinary people together to build a championship team.

While in Vietnam, in 1972, I happened to see the first Navy Seals in action. Back then, no one knew who the Seals were. We knew of the Army’s Green Berets, after John Wayne popularized them in a movie by the same name. But the no one knew about the Navy Seals.

One afternoon, I observed a small Seal team preparing to launch a strike into North Vietnam. They were silent as they prepared. After observing them, all I could say was: “Who are those guys?” Today, the world knows who the Navy Seals are… by their actions.

“Results Are Always A Function Of Behavior, Attitude, And Conditioning. If You Focus On Results, You Are Too Late!”

Starting with a nucleus of a few Rich Dad employees – all volunteers – a new organization is being developed inside the Rich Dad Company. Like the Seals, they remain silent. What make this group different are higher performance standards, a tougher Code of Honor, and long hours – after-work hours – of business education. Like the Seals, they remain silent, allowing their actions to speak for them.

So far this new group is progressing nicely. Yet, as with any group, I am certain cracks will soon appear. When they do, personal character will also appear. True character will determine who goes on… and who does not.

I realize that creating an elite organization within the organization is a sizeable risk, and I believe the potential rewards are worth the risk. Given the state of the United States and the global economy, a bigger risk would be to do nothing. 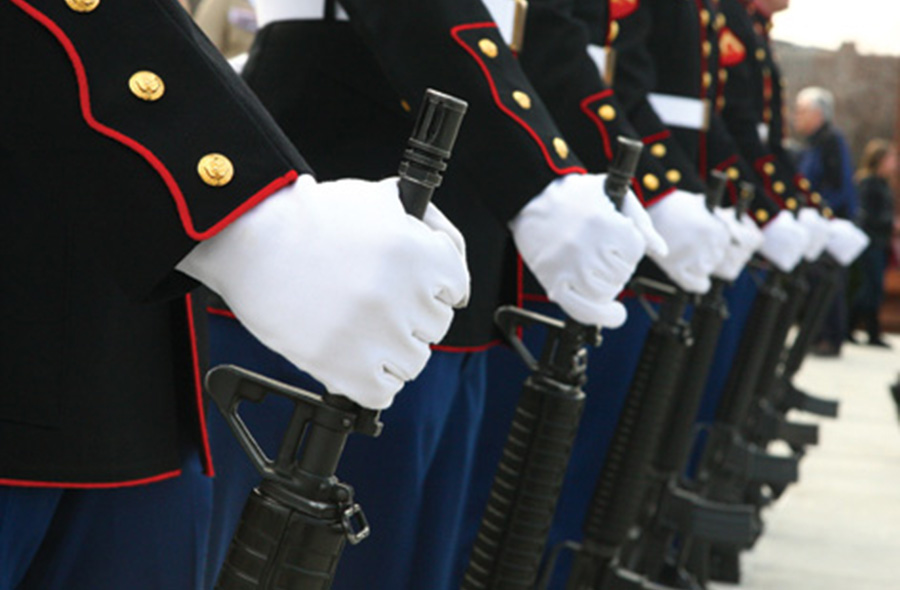 One of the core Rich Dad principles is that change starts with ourselves by changing what is within our control. We can set the bar, set an example of higher standards for those with whom we work. And, more importantly, hold ourselves to higher standards.

“A Code of Honor is the cornerstone of the culture of any organization because it is the physical manifestation of its thoughts, ideals, and philosophies.”

“Successful people and groups have a very clear Code of Honor that is easy to understand and is not negotiable.”

“Results are always a function of behavior, attitude, and conditioning. If you focus on results, you are too late!”

“The higher the performance, the tighter the tolerances need to be.”

“The entire team enforces the Code of Honor … holding themselves and others to the standards and rules they’ve agreed upon.”

“The more feedback you accept, the easier it gets to receive it.”

“All great teams become great by taking on challenge, adversity, and pressure and seeing themselves through it together.”